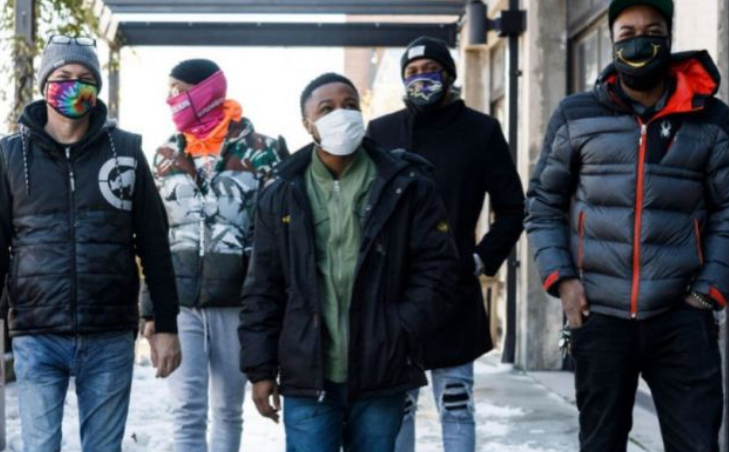 Baltimore Is Democratizing The Economy, One Pint At A Time

If you work there for at least 15 months and earn top marks on your most recent performance review, you can become a part-owner of Taharka Brothers, and have not just a say but also a final vote on major business decisions and policies like those performance reviews. It’s one of the most important parts about being a worker-owned cooperative.

Out of 25 current employees at Taharka Brothers, six recently became the first worker-owners of the co-op, and another five are close to joining them.

“How it works is very important to me,” says Detric McCoy, one of those first six. “I love bringing ideas to the team. Some guys don’t always like every idea but having that debate and coming together to make decisions, compared to a typical business where everyone’s in a position and there’s no voting or anything — there’s still structure to it, you have your board members, but everyone has the chance to at least spread their voice compared to traditional work spaces.”

Owning a piece of Taharka Brothers has a special meaning for McCoy, whose father is the namesake for the business. A mentee of one of the co-founders of the company, Taharka McCoy lost his life while trying to stop an armed robbery at age 25. The younger McCoy was just seven at the time, and now he’s 25 and has a daughter of his own. But he today sees himself as part of a much bigger family.

“For anyone thinking about becoming a co-op, really get to know your team you’re planning on marrying,” says McCoy. “Date them in a sense and figure out their end goals and vision for social justice. Some may want to sell out as soon as they can, others may want to be in the business together for the long run. Learn their personal goals, even learn a little about their personal life, what’s their favorite team. The majority of us are Ravens fans but we have some Steelers fans in here.”

Taharka Brothers is part of a recent Charm City uptick in worker-owned cooperatives. As The Baltimore Sun reports, a pizza shop, a coffee roasting company and a bicycle shop are among the recent conversions to worker cooperatives. It’s no coincidence that most of these are food industry businesses. The food sector is notoriously exploitative, between tipping and wage inequality in restaurants to unsafe working conditions and poorly paid jobs in food production and distribution.

Workers at New York City’s Hunts Point Market, who supply 60 percent of the city’s produce, went on strike for the first time in their history — demanding just $1 an hour more in wages.

There’s a history of workers in the food industry turning to the worker cooperative model as an alternative to exploitation in traditionally-structured enterprises, including Equal Exchange, the fair trade food distributor and brand founded in the 1980s.

The Baltimore Roundtable for Economic Democracy made its first loan to Taharka Brothers back in 2016, and it has helped usher the company through its transition to a fully worker-owned cooperative. The company was founded as a subsidiary of a substance-abuse rehabilitation group led by Sean Smeeton, a former accountant who is white, and Darius Wilmore, former art director for Def Jam Recordings, who is Black. The original idea was to create stable and friendly employment for folks coming out of rehab. Over the course of the transition, BRED has made three loans to the ice cream company so far, the first two of which have already been repaid.

“We only have loans through BRED. Part of that is the comfortability we have with them and who they are, them being the first company to give us a solid loan,” says McCoy. “The process has been quite educational, being a part of tracking the payments and having to really get a return to make those payments. BRED also helped with budgeting. The loan process just opened up a whole door to financial education for everyone here.”

Taharka Brothers’ conversion to a worker cooperative started with that first loan from BRED. It’s been an education in some of the basics of worker cooperatives and running a democratically managed workplace. Every worker doesn’t have to weigh-in on every little day-to-day decision, but through committees, even the newest workers are encouraged to participate in collective decision-making.

“To be a co-op and an owner of Taharka Brothers means the world to me. It was a goal we always knew and wanted to achieve, but the process wasn’t always easy. It was kind of worth the time because we were able to be hands on, being able to understand the business,” says Vinny Green, another of the first six worker-owners and currently serving as board president. “We had to get to understand a lot of the legal work, and figuring out the procedures and the different types of governance we could use was very cool.”

“We came up with pretty much 100 percent of what it looks like and what we wanted,” Green says. “Three guys did recently pass their 15 months, so we need to double back and check their performance reviews, and we tell each employee what are the things they can improve to become an owner. So if you’re ranking at a B-, what can they do to get that up to A so when their evaluation comes back up again they can become owners.”

There are an estimated 465 worker cooperatives around the country. As is common among worker co-ops, one of the benefits of being a worker-owner at Taharka Brothers besides a vote in key business decisions is a capital account, sometimes called a patronage account. Think of it like shares in a business, whose value grows over time, and you can cash out when you retire.

“A huge thing to look forward to,” says Green, who has been working at Taharka for nine years already and counting. “Being a worker cooperative means so many opportunities you don’t hear about in traditional businesses.”

While sharing in the financial rewards of making Taharka Brothers a successful company is important, it’s not the thing that looms the most in the minds of the new worker-owners. Four out of the six worker-owners and nearly all the rest of the employees are Black people from Baltimore, a majority-Black city with unfortunate and racist stereotypes about its Black communities, especially its younger Black men. The worker-owners see themselves as role models to their neighborhoods, and as role models, they have a message that starts with “work hard,” but it cuts so much deeper and broader than that.

“A lot of companies, they wonder how they can get their employees to be more motivated and do more work and get their best use out of the business, and a lot of people are used to normal capitalism and how corporations work, normal hierarchies,” says Green. “But I think the old ways are going to go away because a lot of people want to feel heard and that their energy is useful. Some people just want to feel worth something. Even if it’s not always all the way to becoming an employee-owner, they still want to feel heard and it can be a more motivating workplace. People are tired of hearing only hearing they’re being profited off of.”

This article is part of The Bottom Line, a series exploring scalable solutions for problems related to affordability, inclusive economic growth and access to capital. Click here to subscribe to our Bottom Line newsletter. The Bottom Line is made possible with support from Citi.