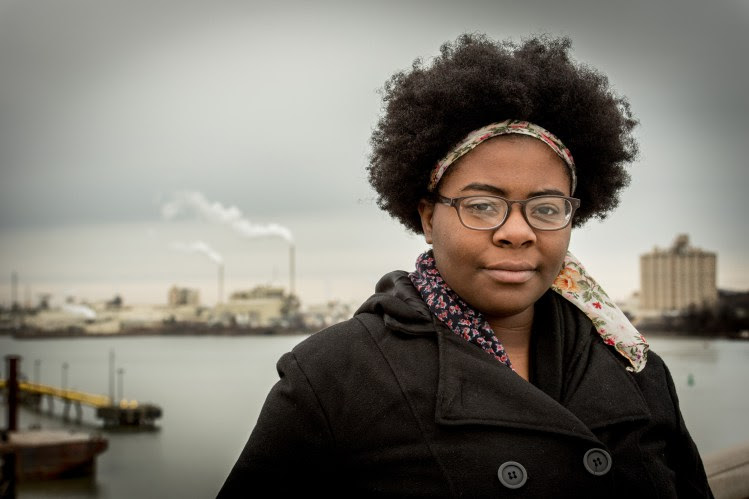 Baltimore, MD – The Goldman Environmental Foundation today announced the six recipients of the 2016 Goldman Environmental Prize, the world’s largest award for grassroots environmental activists. Awarded annually to environmental heroes from each of the world’s six inhabited continental regions, the Goldman Prize recognizes fearless grassroots activists for significant achievements in protecting the environment and their communities. Baltimore youth leader, Destiny Watford, is one of the six global winners, for her work to spearhead efforts to stop the nation’s largest trash burning incinerator from being built less than a mile from her public high school in Curtis Bay.

The winners will be awarded the Prize at an invitation-only ceremony today at 5:30 p.m. at the San Francisco Opera House (this event will be live streamed online at www.goldmanprize.org/ceremony). A ceremony at the Ronald Reagan Building and International Trade Center in Washington, D.C. will follow on Wednesday, April 20 at 7:30 p.m.

Watford began organizing four years ago as part of Free Your Voice, a human rights committee of United Workers. At the time she was a high school student at Benjamin Franklin High School less than a mile from the incinerator site. Last year she helped to persuade nearly two dozen municipalities and school boards including Baltimore City Public Schools to end their support for the incinerator. Most recently Watford and other students and community leaders won a major victory when the Maryland Department of Environment terminated the permit for the project after months of public pressure by residents.

“The world is watching Baltimore and the injustice that we face. After the tragic death of Freddie Gray and the unrest that followed, serious questions about structural racism and  economic inequality, are rightfully being asked. My community has responded to this deep inquiry by fighting to stop the incinerator and demand community control of land. I am proud to serve as a representative of Free Your Voice, my city, and state as we continue to build a movement to change our city and nation towards environmental justice, truly green living-wage jobs, and affordable housing, to ensure that our basic human rights to live in a healthy, sustainable community are met.”

Now that Maryland state officials enforced the law and terminated the incinerator’s permit – it’s time to move forward with the community driven plan to develop a community owned solar farm. In order to do so, we all need to join together and call upon the CEO of FMC Corporation Pierre R Brondeau to release 90 acres of land being held by the trash burning incinerator company in order to make way for a community owned solar farm. Join in the call now!
# 2. End Public Subsidies for Trash Incinerators!

To ensure that our precious public resources don’t continue going to support toxic incinerator developments, we also need to call upon the EPA and Maryland state government to stop subsidizing trash incinerators! Join in the call now!

In a community whose environmental rights had long been sidelined to make room for heavy industry,Destiny Watford inspired residents of a Baltimore neighborhood to defeat plans to build the nation’s largest incinerator less than a mile away from her high school.

The folly of burning trash for clean energy

Curtis Bay is a highly industrialized community in south Baltimore with a history of displacing people to make room for oil refineries, chemical plants, sewage treatment plants, and other facilities that emit pollution. Those left to live within breathing distance of industry have long suffered from respiratory problems such as asthma and lung cancer. In fact, a 2013 study on emissions-related mortality rates found Baltimore to be the deadliest city, with 130 out of every 100,000 residents likely to die each year from long-term exposure to air pollution.

Despite this, in 2010, the state approved plans for the nation’s largest trash incinerator to be built in Curtis Bay with promises to bring “clean” energy to the state. In reality, the developer’s proposal would have the plant burning 4,000 tons of trash—brought in from outside the city—every day. Environmental studies project that burning this much trash would release more mercury than the dirtiest coal-powered plants—less than a mile away from two public schools.

From shy teenager to determined activist

Destiny Watford grew up in a tight-knit neighborhood in Curtis Bay, visiting her grandmother, going to school, and hanging out with her friends at the local public library. During her high school senior year, Watford attended a play called “Enemy of the People.” Set in a small community that was being poisoned by a polluted hot spring—a major tourist attraction for the town—the play raised questions about government’s role and moral responsibilities when people’s health and lives are at risk. The play struck a chord with the shy young teenager, and after discussing it with a school advisor, she co-founded Free Your Voice, a student organization dedicated to community rights and social justice.

With plans for the trash incinerator moving ahead, Watford and Free Your Voice (FYV) decided to take on the campaign to protect their community from the plant’s pollution and create a pathway to a truly clean energy future for the state.

In pursuit of truly clean energy

Watford and fellow students hit the streets, canvassing neighborhoods, organizing protests, and circulating petitions. In their efforts, they encountered a community that had become used to being considered a dumping ground for the rest of the state. Residents shared stories about Curtis Bay’s long history of heavy industry, pollution, and displacement. Informed by these conversations, Watford and FYV took a deeper look at the community’s downtrodden past, and came out determined to bring positive alternatives—thriving communities and green jobs—within reach.

A huge breakthrough moment came when Watford and Free Your Voice students discovered that Baltimore City Public Schools (BCPS), along with other city government agencies and local nonprofits, had signed an agreement to purchase energy from the incinerator. In May 2014, Watford and her fellow students attended a school board meeting to urge them to divest from the project. Destiny gave a compelling presentation, students showcased art and music performances, and parents joined in with testimonies of support. They brought board members to tour Curtis Bay and the proposed incinerator site.

In February 2015, in response to concerns from students and their families, the BCPS board voted to terminate its contract with Energy Answers, the incinerator’s developer. By the fall of that year, all 22 customers canceled their contracts, leaving the incinerator with no market for its product. The victory marked a moment of rebirth for Curtis Bay residents who finally felt that their voices were heard and that their health and lives mattered.

Watford and FYV turned their attention to put intense public pressure on government agencies to pull the project’s permits. In March 2016, the Maryland Department of the Environment declared the incinerator’s permit invalid. The community is now pushing to reclaim the site for truly clean energy alternatives such as a community solar farm and a recycling center. Watford, currently a college student at Towson, continues to organize with Free Your Voice students and other activists to bring that vision to life.

LENG OUCH, Cambodia
In one of the most dangerous countries in the world for environmental activists, Leng Ouch went undercover to document illegal logging in Cambodia and exposed the corruption robbing rural communities of their land, causing the government to cancel large land concessions.

ZUZANA CAPUTOVA, Slovakia
A public interest lawyer and mother of two, Zuzana Caputova spearheaded a successful campaign that shut down a toxic waste dump that was poisoning the land, air and water in her community, setting a precedent for public participation in post-communist Slovakia.

DESTINY WATFORD, United States
In a community whose environmental rights had long been sidelined to make room for heavy industry,Destiny Watford inspired residents of a Baltimore neighborhood to defeat plans to build the nation’s largest incinerator less than a mile away from her high school.

MÁXIMA ACUÑA, Peru
A subsistence farmer in Peru’s northern highlands, Máxima Acuña stood up for her right to peacefully live off her own land, a plot of land sought by Newmont and Buenaventura Mining to develop the Conga gold and copper mine.