In a Press Conference today about the Mueller Report on Russian collusion, AG William Barr not only announced Trump was not guilty but made an incredible statement regarding Wikileaks’ innocence. Included in the 20 minute presser was this statement according to Joe Lauria:

“US Attorney General calls @wikileaks a “publisher.” Barr: “Under applicable law, publication of these types of materials would not be criminal unless the publisher also participated in the underlying hacking conspiracy.” 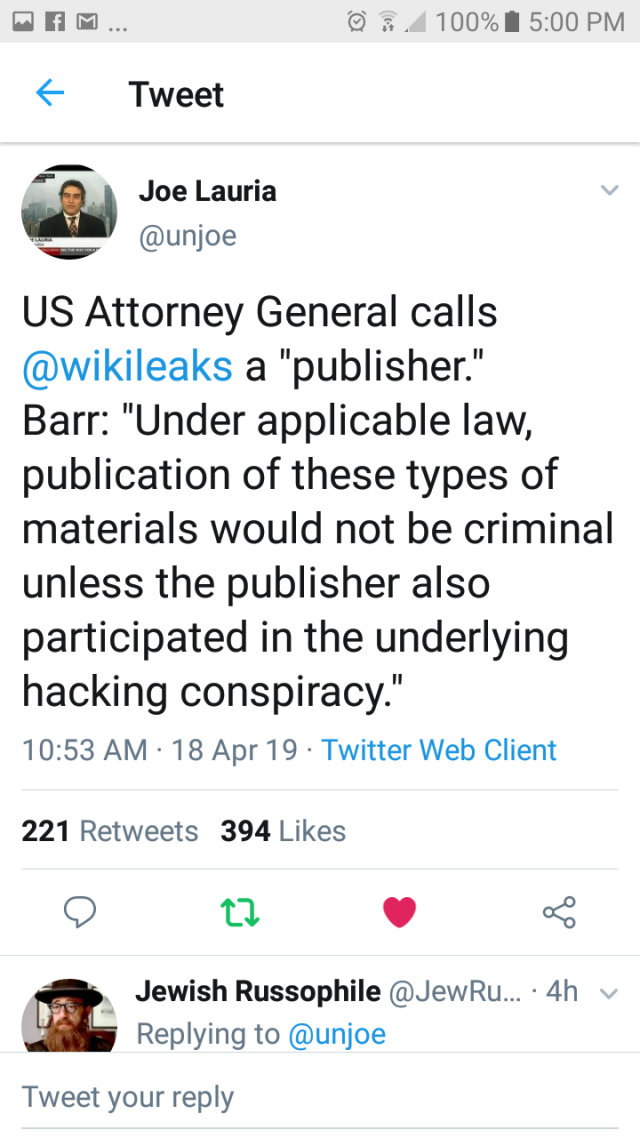 This statement by William Barr basically absolves Julian Assange of the charges made against him as there is no evidence he helped Manning hack any system. I spoke with Kevin Zeese, an American lawyer and political activist, about what this means for Wikileaks. Here is his statement:

“Mueller on Wikileaks and Russia will never be tested in court. All we will have will be allegations from a prosecutor, not the other side of the story as the Russians will never come to the United States to stand trial. Veterans Intelligence Professionals for Sanity, which include some former senior-level intelligence official, has been very critical of the allegations highlighting the failure of Mueller and other investigators to examine the forensic evidence. They are convinced this was not a Russian hack, but an inside job at the DNC. Julian Assange has denied Russians were the source of the documents and former UK Ambassador Craig Murray agrees. The conclusory statements by Mueller on these issues do not seem to have factual underpinning to support them.“

Barr said during the conference he believed Wikileaks were given the DNC leaks from Russia. There still is no proof of this as Assange has stated several times in past interviews, he did not get them from any government.

Glenn Greenwald tweeted earlier today on the report as well:

“It should also be noted that Barr said that WikiLeaks could not have committed a crime by publishing the DNC/Podesta emails unless they participated in the hacking itself, which I don’t believe has anyone claimed they did.” 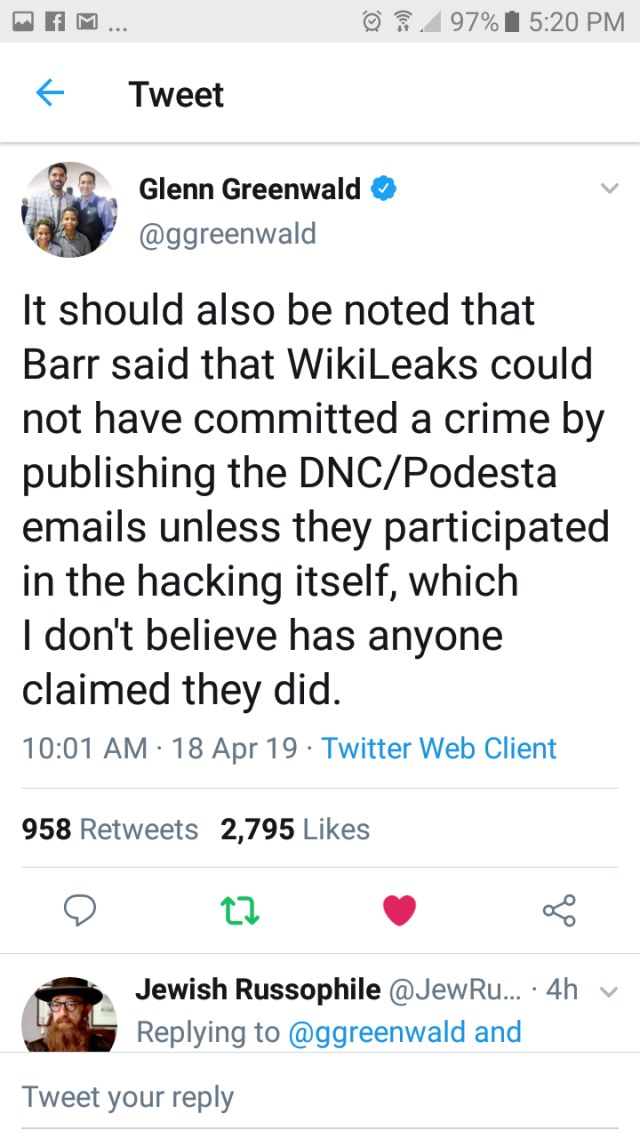 Why are there even charges against Assange if even the AG believes he is innocent of espuonage and calls Assange and his organization “publishers”? This statement raises the question who is behind the prosecution of Assange? I believe you can look towards the CIA and “Deep State.”

The only attempt Barr has is the hacking charge afainst Assange to brinf him here. Will they then add charges?

However, it does raise the debate who is truly ruling this country behind closed doors. Fact remains that Assange only published what was given to him and he is innocent of any crime.