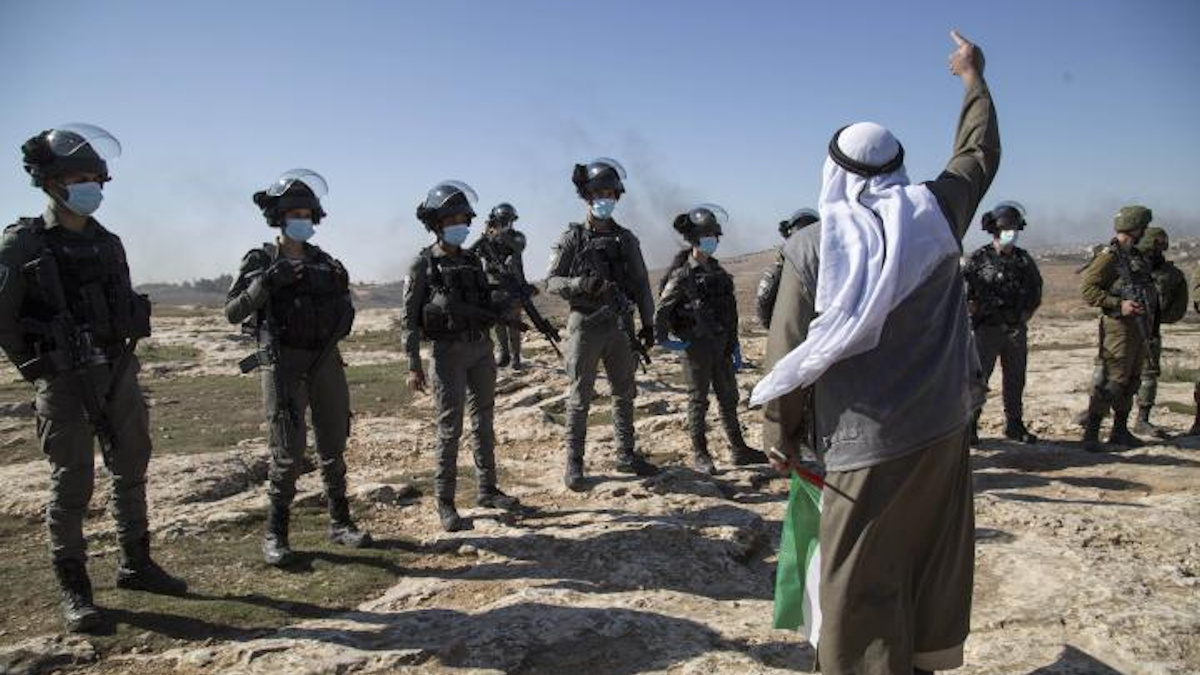 Through BDS campaigning, build concrete solidarity for the resistance in Masafer Yatta.

Thousands of Palestinians in Masafer Yatta, in the area south of occupied Al-Khalil (Hebron), face the imminent threat of expulsion in what would be the largest expulsions carried out by the Israeli apartheid regime since the 1970s. We are witnessing through testimonies, images and videos shared from the ground Israel’s brutal violence and repression in Masafer Yatta since the Israeli High Court, a critical part of Israel’s apartheid system, ruled in favour of the ethnic cleansing of some 1,300 Palestinians living in eight villages there.

Home demolitions and forced expulsion of Palestinian communities are the very method through which apartheid Israel entrenches its settler colonialism. Just since the beginning of this year we have witnessed similar violence against Bedouin communities in Al Naqab and in the Sheikh Jarrah neighbourhood of occupied East Jerusalem.

Beyond messages of solidarity, we need to take concrete steps to stop corporations from profiting off of apartheid, and to pressure Israel to end its decades long regime of apartheid, occupation and settler colonialism. Here are the ongoing BDS campaigns that you can support in solidarity with Palestinian communities in Masafer Yatta resisting ethnic cleansing. Each of these targets are complicit in Israel’s apartheid and directly involved in the colonization of Palestinian lands: