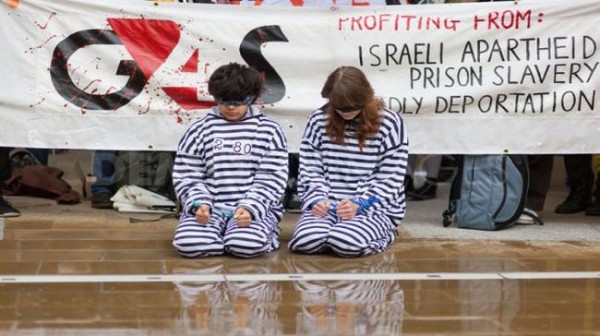 Bill Gates has sold his entire stake in the firm which provides security at Israeli prisons and occupied Palestinian territories.

The South African chapter of the global Boycott, Divestment and Sanctions (BDS) campaign has welcomed a decision by the Bill & Melinda Gates Foundation to divest $184 million of its holdings in G4S, a British security firm contracted by Israel.

John Pinnette, a spokesman for the Gates family, has announced the liquidation of the foundation’s entire stake in G4S.

A global integrated-security company, G4S has been the target of several successful international boycott campaigns in recent years over accusations of its involvement in Israeli human rights abuses.

Desai said it was humbling that a group of committed activists could bring change to the world.

“The BDS campaign is holding Israel to account. We hope the isolation of Israel will create conditions for a just solution similar to the solution that South Africa achieved,” he said.

Pro-Palestinian activists protested outside the Gates Foundation’s Johannesburg headquarters in April, urging the charity to divest from a company they accused of complicity in the detention, torture and incarceration of Palestinian political prisoners by Israel.

“We join all peace- and justice-loving people in saluting Bill Gates, Melinda Gates and the Bill & Melinda Gates Foundation for being on the right side of history,” Mthunzi Mbuli, another BDS campaigner, told AA.

In the 1980s, he said, divesting from companies involved in apartheid South Africa was also to be on the right side of history.

“Today, divesting from companies that are complicit in the Israeli oppression of Palestinians is to be on the right side of history,” the activist added.

It added: “The IPS is not involved in the judicial process; it receives convicted prisoners or those awaiting trial and is responsible for their custody and care. The IPS has no role in trial, conviction or sentencing.”

G4S Chief Executive Ashley Almanza told the Financial Times on June 6 that the company did not plan to renew its contracts with Israel once they expired within the next three years.

The National Contact Point, a U.K. government watchdog, recently opened an investigation into G4S’s operations in Israel and the West Bank.