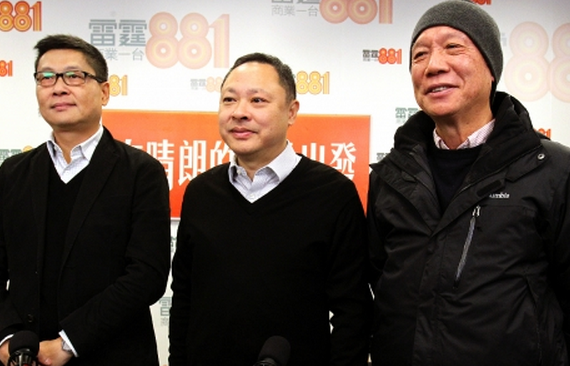 Photo by May Tse

At least four pan-democratic party leaders-cum-lawmakers are on a list of people the police force is inviting to help with the investigations.

The Civic Party’s Alan Leong Kah-kit, Labour Party’s Lee Cheuk-yan and League of Social Democrats’ Leung Kwok-hung were among those requested to visit police headquarters in Wan Chai, according to a police source. Once there, the source said, they would be arrested for instigating, organising or aiding and abetting an unlawful assembly over the 79-day protests.

“They are asked to go to the police headquarters to assist in a probe in connection with a case of unlawful assembly,” the source said, adding they would be arrested and then granted bail.

“If they fail to come, we will visit them and make arrests.”

Key members of two pupil groups that spearheaded the movement were also listed, including Alex Chow Yong-kang and Eason Chung Yiu-wa of the Federation of Students and Scholarism convenor Joshua Wong Chi-fung.

Some of these people were arrested during the police’s clearance of the Admiralty base camp on December 11 for obstructing a police officer in the execution of his duty and for taking part in an unlawful assembly.

It is understood police have failed to contact Wong or Lai, who is not in Hong Kong, and have drawn up a second list of 100 democracy activists.

“We target the key players first and then we will contact others in the next phase of the operation,” the source said.

The action came after police secured enough evidence against the activists, he said.

Chan Kin-man said the Occupy trio were ready for arrest. He warned that the police action would only spark a public outcry.

“Chinese University estimates that about 1.2 million people have taken part in Occupy,” he said. “The police should not presume that those participants would steer clear of the matter if they arrested only the leaders.”

Lee said he was ready to bear the legal consequences of joining the illegal protests and would reiterate his arguments in court. “We took part in the so-called illegal assembly just to fight for genuine universal suffrage,” he said.

Occupy started in Admiralty on September 28 and the last site, in Causeway Bay, was cleared on December 15. Hours later, police commissioner Andy Tsang Wai-hung pledged the force would arrest the “principal instigators” and aimed to finish its investigations within three months.