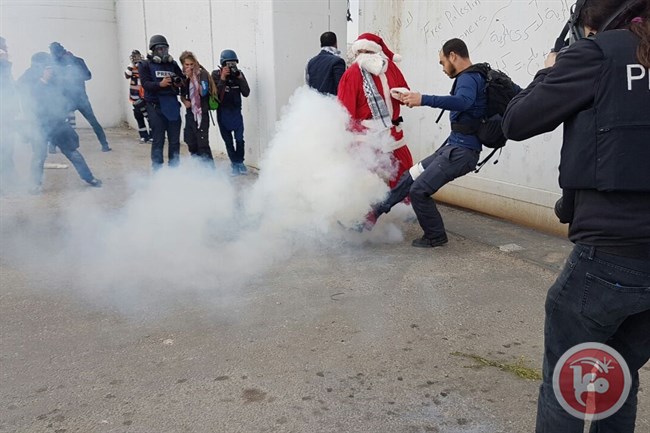 Note:  Israel moved to respond to the UN’s declaring settlements in occupied territories to be illegal under international law, by moving to approve thousands more settlements. Israel’s daily land thefts and violations of international law continue.

Days after the UN Security Council approved a resolution affirming the illegality of Israeli settlements in the occupied Palestinian territory and called for their construction to cease, reports emerged that Israel is set to approve thousands of new settler units in occupied East Jerusalem.

The Local Planning and Building Committee of the Jerusalem municipality is expected to approve some 5,600 housing units in East Jerusalem for illegal settlements, the Hebrew version of daily newspaper Israel Hayom reported Sunday morning.

Israeli Forces suppressed a march whose message was ‘Terrorism and Occupation Two Sides of the Same Coin’, five journalists injured

A number of demonstrators, including five journalists and foreigners, participated in a march near the Israeli checkpoint 300 in the north of Bethlehem, which separates residents from Jerusalem.

The march, which includes participants dressing up as Santa Claus close to the Christian holiday of Christmas, was launched under the banner “Terrorism and occupation are two sides of the same coin,” and demanded the opening of Israeli checkpoints for Christian tourists to celebrate the holiday in the birthplace of Jesus Christ. 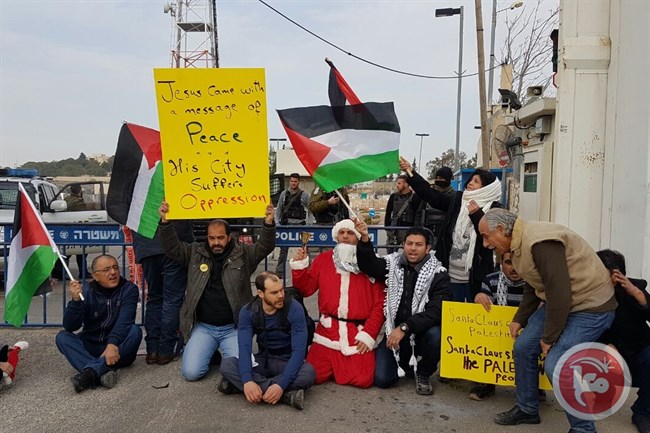 An Israeli border police spokesperson told Ma’an that “15 men in the afternoon threw rocks at Israeli soldiers,” he said, adding that “some of them were dressed as Santa Claus and tried to cross the checkpoint between Bethlehem and Jerusalem.”

The spokesperson also said that two Israeli soldiers were injured by rocks being thrown at them. The injuries were reported as light.

This was the second such march to be organized this year in Bethlehem for the Christian holidays.

Israeli-imposed restrictions on Palestinian movement, regulated by more than 196 illegal Israeli settlements scattered across Palestinian territory, more than a hundred Israeli checkpoints and physical obstacles, and the construction of the Israeli separation wall has continued to strain the movement of Palestinians and has caused the tourism industry to plummet.

Christmas is typically a time of year where Bethlehem receives droves of Christian tourists visiting the Nativity Church in the Old City, however activists have pointed out that the tourism industry has severely declined, with Israeli authorities continuing to tighten control over Palestinian movement as the Israeli occupation now enters its 50th year.