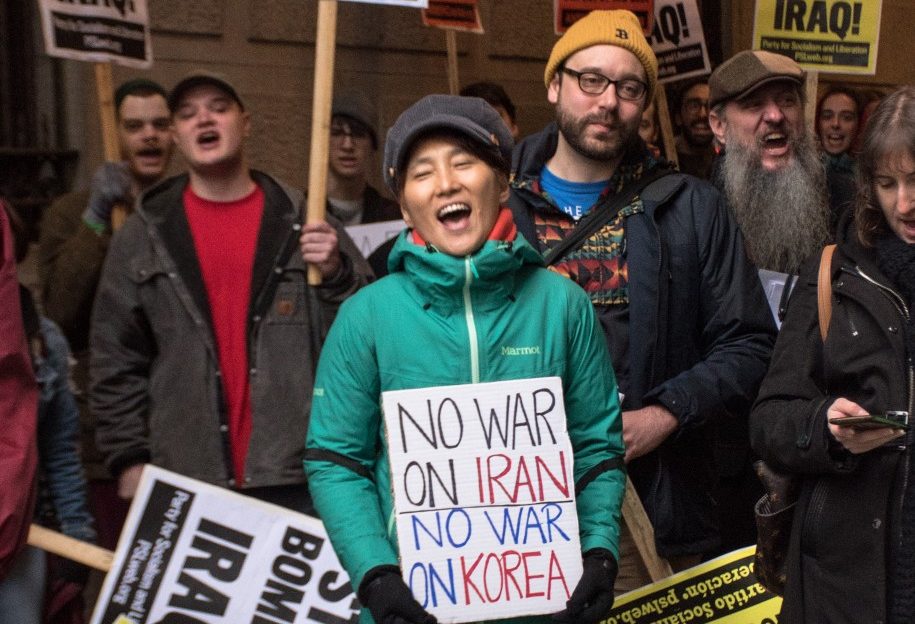 The Senate confirmation hearings for Biden’s cabinet appointees — which began the week of Jan. 18 — should serve as a sharp warning of the continuation of dangerous U.S. war policies.

The corporate media has focused on Biden’s promise to overturn many of former-President Trump’s policies. But Biden pledged throughout his campaign to make “no substantial change” — and his foreign policy appointments show he meant that. Despite the media talk of justice, new policy and diversity, behind the scenes the same old U.S. militarist policies are being reinforced through Biden’s cabinet choices and their direct ties to industry-funded think tanks and military contractors.

Biden’s cabinet nominations follow the failed imperialist policies of the Trump, Obama, Bush Jr., Clinton and Bush Sr. administrations of the past three decades. These choices are ominous for working people in the U.S. and for people around the world suffocating under the knee of U.S. imperialism.

The appointment and testimony of war hawk Anthony Blinken, nominated to serve as secretary of state, is one of many searing examples of Biden’s militarist stance.

Blinken, in his Jan. 19 confirmation testimony, was clear that he supports expanding imperialist war in Syria, saying: “The U.S. is not doing enough.” He is for “unrelenting pressure on North Korea [the Democratic People’s Republic of Korea]” to “cut off all resources.” He is for expanded deployment of missiles to surround and pressure China. He is for new demands and continued sanctions on Iran. He supports continued efforts to overthrow the elected government of Venezuela. (Blinken’s full testimony is available at tinyurl.com/yyr7k58w.)

Blinken also testified: “Our commitment to Israel’s security is sacrosanct, and this is something that the president–elect feels very strongly.” He repeatedly praised Trump policy on normalizing relations between apartheid Israel and the United Arab Emirates, Bahrain, Morocco and Sudan, emphasizing: “There are a number of things from where I sat that the Trump administration did beyond our borders that I would applaud.” Right-wing racist South Carolina Senator Lindsey Graham called Blinken an “outstanding choice.”  (Washington Post, Jan. 19)

Blinken, a former deputy secretary of state under Obama, is well–known for trading on his past government positions to get lucrative consulting jobs with military contractors. Blinken co-founded WestExec Advisors, a secretive consulting firm for military industries like Boeing and for major banks and investment firms such as Bank of America and Blackstone.

WestExec has actually been called a shadow “government-in-waiting” for former Obama administration officials tied to U.S. military policy. (politico.com, Nov. 23, 2020)  It boasts on its website that its name “is derived from ‘West Executive Avenue,’ the closed street that runs between the West Wing of the White House and the Eisenhower Executive Office Building. It is, quite literally, the road to the Situation Room.”

WestExec partners are former government officials, military officers and diplomats. By defining themselves as “strategic consultants,” they can avoid becoming registered lobbyists or foreign agents and can thus (re)enter government service without the one-year wait required of paid lobbyists. The clients who consult with WestExec are kept secret.

Recently confirmed Biden cabinet nominee General Lloyd Austin has been affiliated with WestExec Advisors, as well as sitting on the board of the one of the largest U.S. weapons manufacturers, Raytheon. Austin formerly served as commander of U.S. forces in Iraq and special forces in Syria. His appointment required a special waiver since by U.S. law; the secretary of defense must be a civilian.

Avril Haines, recently confirmed as Director of National Intelligence, has also been affiliated with WestExec. As the former deputy director of the CIA, Haines headed its drone program and helped create the legal justification for targeted killings as a normalized action within U.S. foreign policy. Along with assassination by drone strikes, she supported U.S. economic sanctions that attack the nutrition and health of civilian populations of entire countries.

According to Politico News, WestExec is loaded with other former top Democratic national security and foreign policy officials who raised money for the Biden campaign, have joined his transition team or have served as unofficial advisers. Many other consultants are expected to receive Biden appointments.  (tinyurl.com/y2hydkdm)

There are a variety of other think-tank and strategic consulting firms that provide extremely well-funded positions for government officials — both Republicans and Democrats — between government appointments. The role of these think tanks is to develop a well-vetted and experienced staff who are on-call to serve corporate power both inside government and out.

A 2020 report from the Center for International Policy found that defense contractors, as well as U.S. government national security and defense agencies, contributed more than $1 billion to 50 of the most influential U.S. think tanks over the last five years. (tinyurl.com/y45jkd52)

Other recent think-tank appointees by Biden include Kathleen Hicks as deputy secretary of defense. She served as senior vice president of CSIS (Center for Strategic and International Studies), the most hawkish think tank in Washington. CSIS  is funded by and acts as an “influence center” for giant military industries such as BAE Systems, Lockheed Martin and Northrop Grumman. Hicks opposes the drawdown of U.S. troops from South Korea, Afghanistan and Syria.

Kurt Campbell — chairman of The Asia Group, a “strategy and capital advisory” think tank — has been appointed to the newly created position of National Security Council Indo-Pacific coordinator. Campbell, as the former deputy assistant secretary of state for East Asian and Pacific affairs, was considered the architect of Obama’s “Pivot to Asia.” This was a provocative policy of repositioning missile batteries, troops and aircraft carriers to encircle China and threaten the DPRK. His new role as Biden’s “Asia Czar” is to integrate anti-China strategy and strengthen U.S. alliances in the region.

The naming of Victoria Nuland as under secretary of state is especially revealing of Biden’s militarist policy. Nuland has served as the CEO of CNAS (Center for New American Security), another well-funded military think tank. She has also been with the Albright Stonebridge Group, a think tank set up by former-Secretary of State Madeleine Albright. Nuland served in both the Bush-Cheney administration and the Obama-Biden administration.

Under the latter administration, as assistant secretary of state for European and Eurasian affairs, Nuland bragged that she helped engineer the 2014 fascist coup that overthrew the elected government of Ukraine, using $5 billion in funding from National Endowment for Democracy.

All these appointees promoted U.S. wars in Afghanistan, Iraq, Syria, Libya;  starvation sanctions on Venezuela, Korea and Iran; and U.S. plans to reinforce NATO against Russia, surround the DPRK and especially threaten China militarily and economically.

These appointments contradict those liberal and social democratic forces who argued that Biden could be pushed into progressive policies by left pressure.

Wars abroad — and wars at home

Within 24 hours of Biden’s inauguration, a large convoy of U.S. military supported by helicopter gunships headed into Syria from Iraq, according to the SANA, the Syrian state news agency. The convoy of 40 trucks, loaded with weapons and logistical materials, reinforced illegal bases in the area. Tons of U.S. heavy equipment were observed travelling toward U.S. positions at the Conoco oil and gas field. This aggression continues the direct imperialist theft of Syria’s oil resources and is intended to disrupt Syria’s efforts to rebuild and provide for its war-torn population. (tinyurl.com/y3tor8fq)

U.S. wars provided guaranteed profits and lucrative military contracts stretching back through decades to banks and military industries. The trillions for endless war leaves working people in the U.S. holding empty promises, while they struggle and die in the surge of the COVID-19 virus, in the grip of racist police and under the collapsing infrastructure of an economy in crisis.

The trillions spent on war for profit could easily alleviate all these crises and give health, housing and hope to the millions of U.S. working and oppressed people.