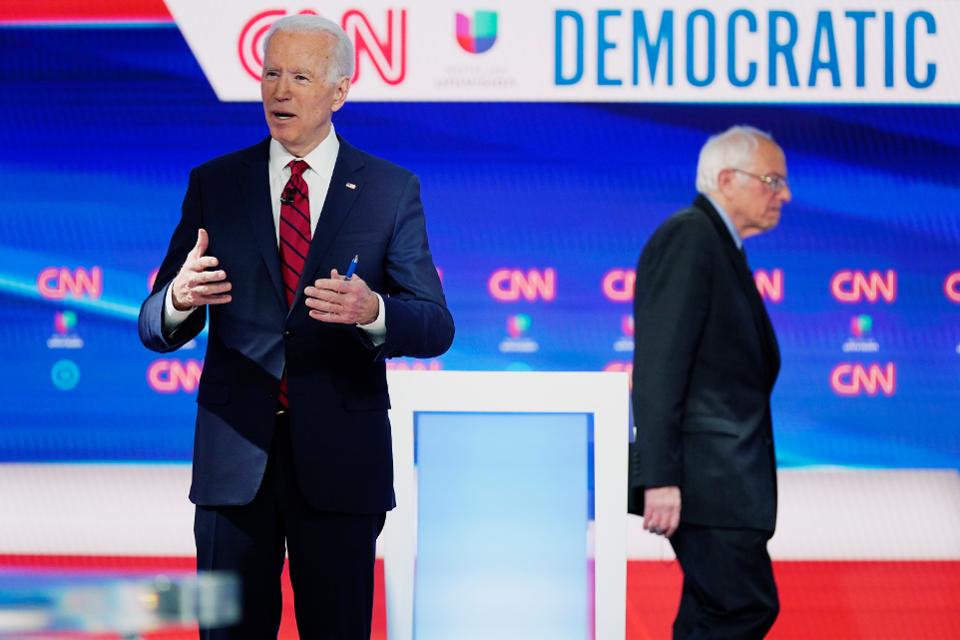 Biden Dismisses Democratic Party Base’s Support For Medicare For All

We often hear criticism of Donald Trump for, among other faults, his overwhelming Olympian arrogance, which drives millions of Democrats to pray daily for an end to his presidency.  But on the topic of Medicare for All, Joe Biden, the presumptive Democratic presidential nominee, exhibits similar heights of arrogance.  Recently, Biden told MSNBC host Lawrence O’Donnell, that even if the Congress sent him a Medicare for All bill, he would veto it.  And a week later, he confirmed that position.

Under our current private, for-profit, health system, the lack of treatment and care for the 75 million uninsured and underinsured puts them at extreme risk.  Now with the onset of the COVID-19 pandemic, that risk will extend to tens of millions of the newly unemployed in our country, as well. The harsh impact of COVID-19 will be felt by those millions of employees who lose their health care along with their jobs, those who live paycheck to paycheck, those without paid sick leave, the uninsured, the underinsured, and those with underlying health issues.  They all will bear the brunt of a system riddled with holes. Legislators who refuse to take swift and bold action to fix this broken system are complicit in their suffering.

That’s why Biden’s arrogance is so disturbing.  The pandemic exposes the glaring faults of our system, and the urgent need for Medicare for All.  Yet Biden tells people in need of health care to sign up for ACA policies and hang tight onto the employer-based insurance that is falling through their fingers as they’re laid off (even Trump is offering totally free care for those diagnosed with COVID-19 and Medicare level reimbursements for hospitals).

Last week, Biden proudly announced what he sees as a warm extension to the left–a proposal to lower the Medicare eligibility age to 60.  Back in 2016, Hilary Clinton proposed lowering the age to 55. How is it that now, amidst the biggest healthcare crisis of our lifetimes, Biden’s proposal is even less inclusive and expansive than that proposed by the Democratic nominee five years ago? In addition to leaving millions of people uninsured, his proposal reinforces a healthcare system that is built on employer-based coverage. With the expected rise of premiums post-crisis, workers will have no choice but to accept a more expensive plan with even fewer protections and coverage.

Why is candidate Biden so deaf to the wishes of a large majority of likely Democratic voters who have said in numerous polls that they support Medicare for All?  Apparently, in his world of arrogant elites, the wishes of ordinary people can be ignored.  Does he understand that he will need their votes to become president?

And in the midst of the deadly pandemic, when the people cry out for a more just and efficient health care system, Biden expresses even more arrogance, by promising to veto a Medicare for All bill should it be passed by the Congress. Frankly, I don’t recall hearing Donald Trump express such a dismissive attitude toward his base.  Biden, and apparently the whole Democratic establishment, believe that Democrats will come out in sufficient numbers to beat Trump despite their suffering during this pandemic and despite having their hopes and pleas publicly kicked aside as naive pipe dreams.

But, maybe I’m missing something.  Maybe his statements aren’t even meant for the average Democratic voter or legislator.  Maybe the real audience of Biden’s overweening arrogance are the top executives of the health insurance and drug companies who profit so mightily from our current system.  Is Biden actually talking over our heads, to them?  Is he saying, “Don’t worry about what the little people say, I’ve got your back.  Just keep the donations flowing.”  Maybe.

Bill Bianchi is a board member with the Illinois Single Payer Coalition and the Jane Addams Senior Caucus.  He lives in Chicago with his wife, Judith and two Jack Russells.

Laura Christensen-Garcia is a healthcare organizer with the Jane Addams Senior Caucus and lives in Chicago.