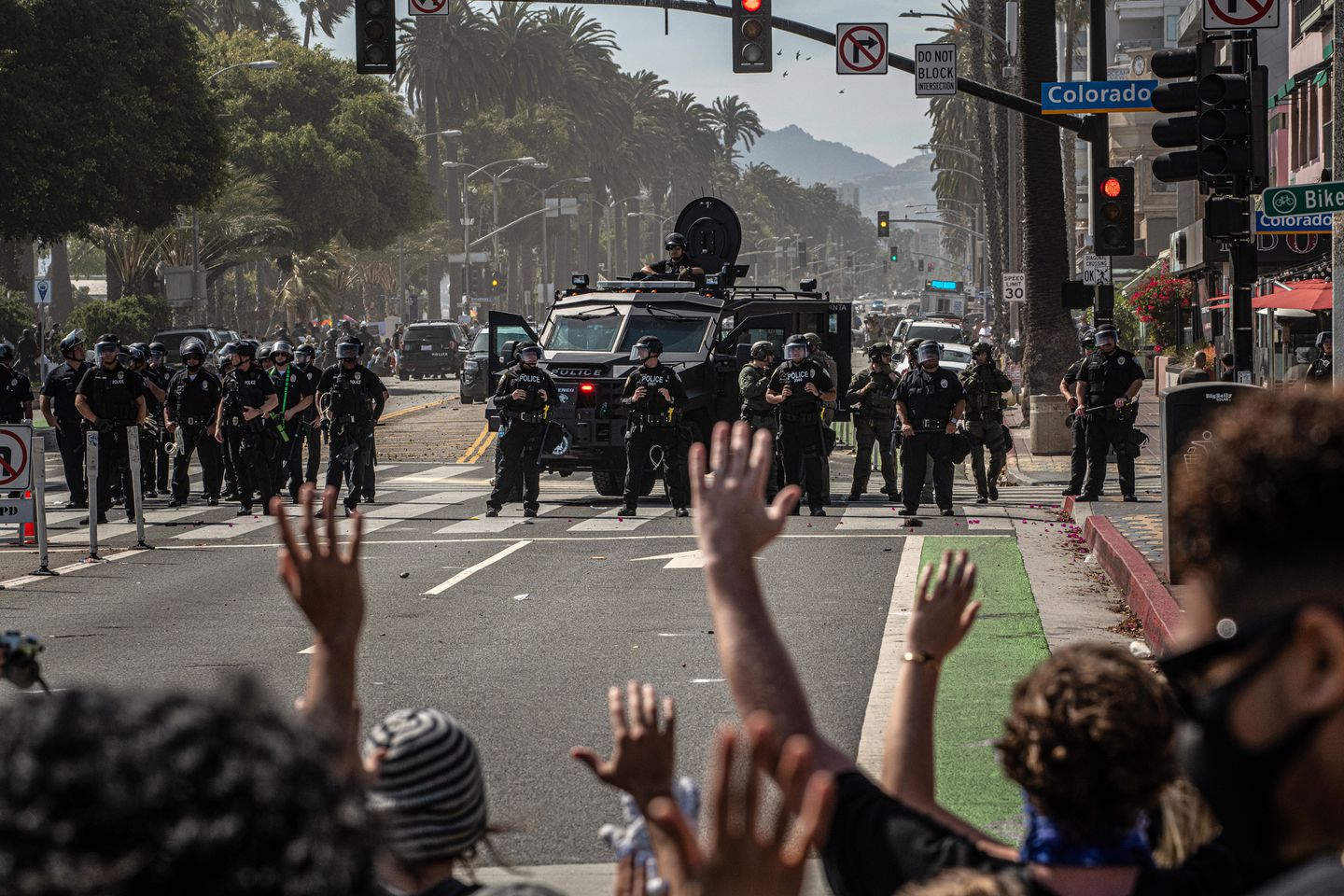 Above Photo: Police officers confront demonstrators decrying the murder of George Floyd, in Santa Monica, Calif., on May 31, 2020. Bryan Denton/NYT.

A Condensed Summary Of Where We’re At With Police Reform.

The Democrats’ big police reform bill, the Justice in Policing Act (JPA), passed the House last March and then languished in the Senate before negotiations over the legislation totally collapsed in September. Congress’ failure to pass the bill doesn’t totally excuse the near total lack of progress on police reform, however. Biden can enact many JPA provisions himself. A leaked draft of an executive order from December showed that Biden was at least strongly considering it, but he never issued the thing. In short, nothing has fundamentally changed.

The JPA is feeble, insipid, and generally misses the mark, but the bill has some material in it that could make for some useful executive orders if adopted/amended in the right way. One of which pertains to police militarization; specifically, the ‘1033 program’—a War on Drugs legacy authority that permits the Pentagon to send surplus military gear to state and local police. Law enforcement agencies tend to be more violent when they participate in the program than when they don’t. One study found a dose-response relationship between 1033 program acquisitions and police violence: The more military gear police receive, the more likely they are to kill people (and people’s pet dogs).

Even if Biden’s record wasn’t what it was, he’d still be responsible for the more than $1.72 billion in combat gear that’s gone out through the 1033 program since its inception. This is because as president, Biden could easily recall all this military equipment by issuing an executive order. The 1033 program isn’t a sales program—it only authorizes the Pentagon to loan military gear to police. The militarized equipment transferred through 1033 remains Pentagon property regardless of how long the matériel has been in police custody. Put simply, Biden is free to order the Pentagon to take all its stuff back.

That’s why the values in the chart below are cumulative. That Biden isn’t using his presidential authority to revoke the combat gear on loan to police through the Pentagon’s 1033 program makes him responsible for all of it—not just the military gear that has been loaned out since he’s been in office (>$106 million). The dataset is from this month’s quarterly disclosure by the Department of Defense.