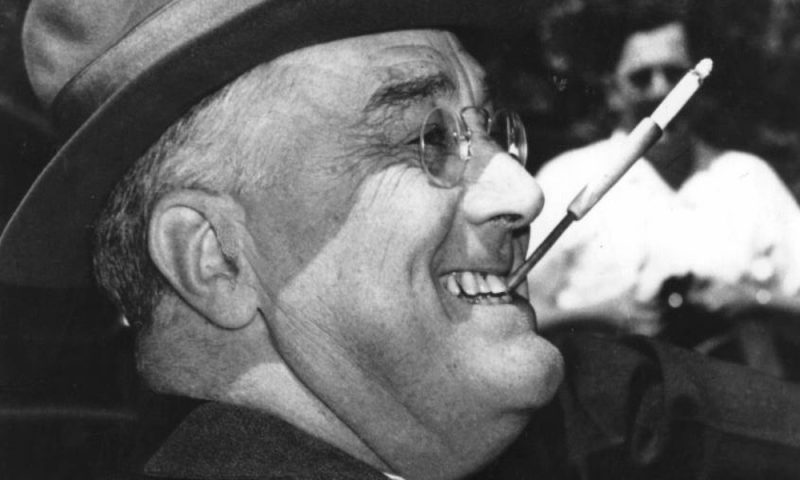 Biden Is No FDR And Build Back Better Legislation Proves It

The idea that Joe Biden is the “most progressive president since FDR” is a propaganda device meant to quiet the Democratic Party left and force them to stand down.

The capitalist system attempts to divert attention away from its obvious failings in every way that it can, from mindless entertainment to the contrived drama of January 6th and missing person stories to their most valuable diversion – Donald Trump!

That is why the collapse of the latest diversional politics reflected in the Build Back Better (BBB) has not generated the attention that it deserved, and when it did garner attention, it was framed as some grand battle of personalities.

However, the real story of the Democrats’ inability to fashion an agreement on the BBB social infrastructure bill, is not related to the supposed disagreements between the personalities of Joe Manchin and Kyrsten Sinema and the individuals who make up the “progressives.” No, the focus and real story is related to the shortsightedness, greed and arrogance of the capitalist oligarchy that is unwilling to make any sacrifices to preserve their system and, consequently, making it increasingly difficult for their political servants in Congress to serve their interests without serious political consequences.

As I previously wrote, Biden’s mission was to stabilize the neoliberal order by giving it a more humane face through subterfuge and slick marketing.  A ruse of change was necessary because the rulers were quite clear that they were not going to allow substantial change in the systemic plunder that characterizes the current neoliberal stage of capital, [although] they understood that the crisis for workers and the poor will continue and become even more acute.

That potentially explosive social and political situation was the basis for the tentative agreement among the rulers that some degree of ameliorative social spending would be allowed. I am sure they got some degree of satisfaction when they cleverly thought that as their messaging strategy, they could spin the plan as some great Roosveltian departure from neoliberalism.

Captured rhetorically in the Build Back Better legislation, the legislation incorporates a number of policies from the Green Party and Sander’s campaign with the plan to dangle them before the public to demonstrate that the democrats were concerned with the plight of workers and the so-called middle class. Policies like free community college tuition, expanded Medicare, paid family and sick leave, new funding for housing and pre-K and child-care, subsidies for healthcare and expanded Medicaid and millions for climate change policies.

However, initially at a price tag of over six trillion dollars, it was understood that this was not serious. Democratic Party operatives understood that a reconciliation bill passed only by Democrats would have to be reduced significantly. And it was. The six trillion was reduced to 3.5 trillion. But this is where it also got messy.

When the progressives did not initially play the role assigned to them which was to give rhetorical support to the Biden reform agenda but then defer to the more important infrastructure legislation passed by the Senate, it forced the competing capitalist interests out into the open and undermined what had been a general consensus among them to support some degree of social spending.

An army of lobbyists were unleased in Washington from the energy companies concerned with the bill’s climate proposals, big pharma concerned about giving the government the power to negotiate drug prices – to healthcare industry and insurance companies and individual capitalist concerned with maintaining the Trump tax cuts of 2017.

Biden called the progressives to the white House and announced that the new top numbers would have to be between 1.7 and 1.9 trillion. Why? The reason for this number was never revealed. It certainly did not reflect the result of any new agreement between the progressives and neoliberal forces. It was probably a number that Biden, along with Manchin and Sinema had agreed to in order to moderate the more costly aspects of the bill, and to ensure that there would be no significant increase in taxes for the wealthy.

Regardless of where it came from, it was a dictum to the progressives to cave. In fact, it became clear that even that number was not secure because Manchin and Sinema continued to hold out for no more spending above 1.5 trillion.

And what was response from the “progressives”?

Representative Pramila Jayapal, chair of progressive caucus, emerged from the meeting at the White House and acknowledged that cuts were coming but stressed that many of the progressives’ policy priorities in health care, education and social spending remained intact. She also had some strange praise for Biden as “the inspirer, he is the closer, he is the convincer, the mediator-in-chief,” … “He really is doing a phenomenal job.”

Unfortunately, for everyone who thought the progressives were prepared to struggle for their legislation, the signal that they were open to Biden’s number translated into lost leverage with “power” dramatically shifting from the progressives back to the neoliberal party bosses, who, of course, included Biden even though Manchin and Sinema were his stand-ins.

Reports then started to circulate that the proposal for two free years of community college was going to be eliminated. Paid family leave would be cut from 12 weeks to as low as 4 weeks, and child tax credit would be extended by only one year. Inclusion of dental care under Medicare to be scaled back to an $800 voucher and vision and hearing eliminated. Medicare negotiations with Big Pharma to cut prescription drug prices, while still on the table, looks pretty doubtful in light of the enormous pressure being exerted by the pharmaceutical companies. It looks like that the funding for elderly home care and public housing will be slashed and any substantial increase in taxes on the wealthy is off the table.

Even at $3.5 trillion, the capitalist oligarchy understood that the ameliorative measures in the bill were not meant to address the deepening economic crisis facing workers. Yet, there were elements in the bill that would have represented policies that still would have provided some material advantages to workers, particularly to Black women workers who now make up the majority of the Black labor force.

But the Democratic Party, along with its array of allied social forces — labor unions, feminist groups and NGOs — were not prepared to fight for those changes. In fact, these groups were told to stand down.

A state’s legitimacy is based on its ability to address the human rights of the residents and citizens of that nation. Housing, food, the right to health, a clean environment, the means to make a living, education, real social security, which includes security from unemployment, sickness and social deprevation, and even the right to leisure, are all human rights that the capitalist order is unable to protect and fulfill because it does not even recognize them as human rights.

That is why the capitalist system’s legitimacy crisis will only be exacerbated by the Democrats when they attempt to sell the stripped-down version of what was already an inadequate bill to address the human rights and needs of the working class and the poor in the U.S.

Politically, regarding 2022, it means that any idea that the Democrats could deliver reforms which could win back the millions of white working-class voters who voted for Obama twice has been undermined by the greed, shortsightedness and sectorial conflicts of interests within the ruling capitalist class.

What the BBB debacle has created is another opportunity to demonstrate that reforms of the system are not possible and that the only two paths that exist are either more blatant fascism or socialist transformation and decolonization.

That choice continues to reside with the people, whether they know it or not.