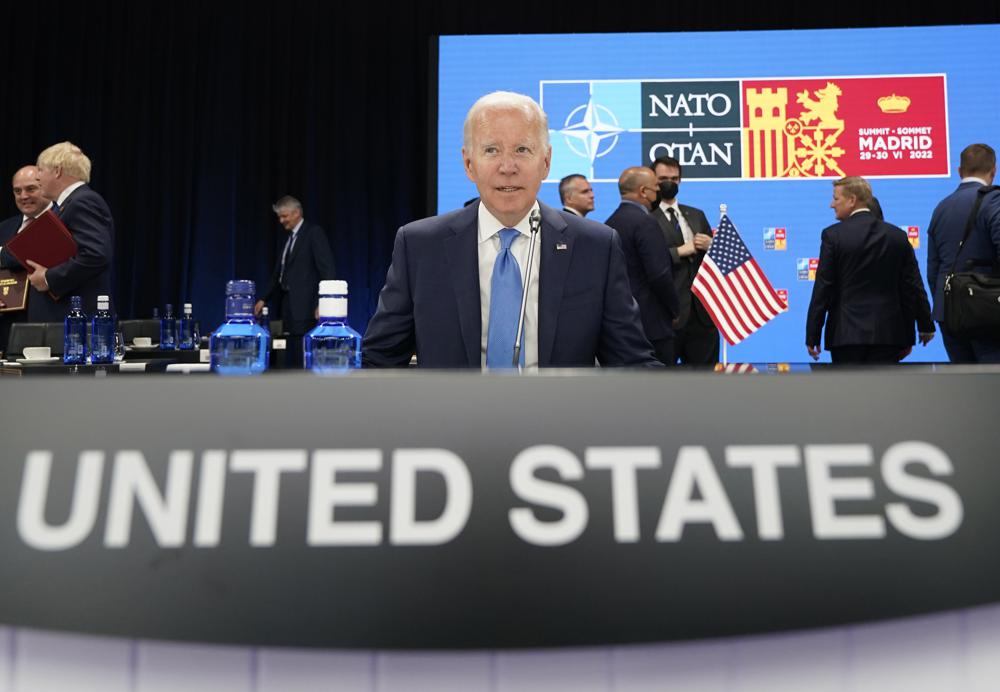 Biden Says US Will Beef Up Military Presence In Europe

As NATO Summit Begins in Madrid.

NATO is set to agree on an expansion of its forces in Eastern Europe.

President Biden kicked off his three-day visit to a NATO summit in Madrid by announcing that the US plans to increase its military presence in Europe.

Speaking with Spanish Prime Minister Pedro Sánchez, Biden said the US will increase the number of US Navy Destroyers stationed at a naval base in Rota, Spain, from four to six.

The president said that this was the first of multiple announcements the US and NATO will make at the summit on increasing their forces in Europe, steps being taken in response to Russia’s invasion of Ukraine.

“And as I said before the war started: If Putin attacked Ukraine, United States would enhance our force posture Europe and respond to the reality of a new European security environment,” Biden told reporters.

“I’ll be laying out additional steps the United States is going to take with our NATO colleagues as our — in our summit tomorrow,” he added.

The US currently has over 100,000 troops stationed in Europe for the first time since 2005. Tens of thousands of US troops were sent to the continent around the time Russia invaded Ukraine, and Washington is looking to make the number of assigned troops in Europe reflect those currently deployed.

NATO is set to approve a significant increase in its troop presence in Eastern Europe and the Baltic States, although exact numbers aren’t set. NATO Secretary-General Jens Stoltenberg said Monday that part of the plan is to increase its high-readiness force from 40,000 troops to over 300,000.

Stoltenberg described the alliance’s plans as “the biggest overhaul of our collective defense and deterrence since the Cold War.” NATO preparing for its largest military buildup in decades as it is pumping weapons into Ukraine also means the risk of nuclear war is at its highest since the end of the Cold War.