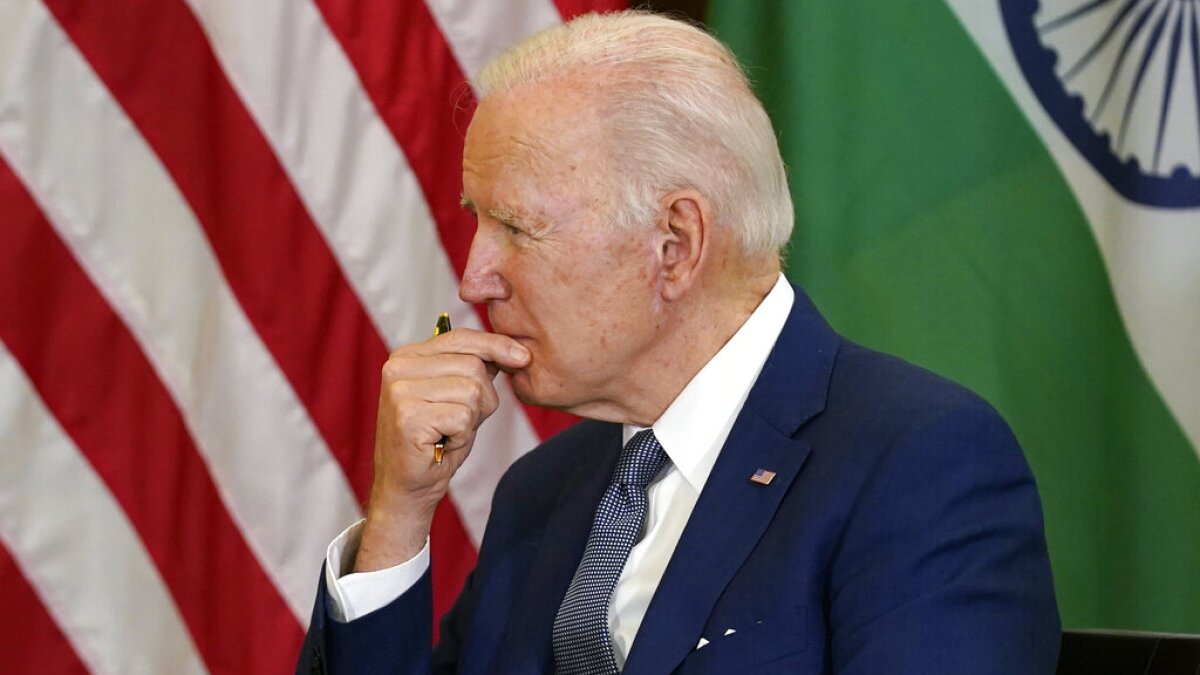 Over the last months I have written little about other U.S. foreign policy issues than the war in Ukraine.

A short review shows that there is little that Secretary of State Anthony Blinken or his president could count as a success.

Last month Biden traveled to Asia where he had meetings with the QUAD (Australia, Japan, India and the U.S.) as well as with South Asian leaders.

The QUAD meeting was a failure as India showed no sign of joining the other three in their condemnation of Russia. Instead of sanctioning  Russia it is buying more oil from Russia which offers decent rebates. Such disunity does not look good for a U.S. designed anti-China coalition.

Most noted though was that Biden came to Asia with empty hands:

Months after U.S. President Joe Biden first indicated that his administration would launch a new Indo-Pacific Economic Framework. As a result of this ambivalence, the joint statement launching the framework referred to “collective discussions toward future negotiations,” indicating that there is more work to do to flesh out the initiative.

Asian governments are not wrong to have mixed feelings about the IPEF. U.S. trade officials plan to seek higher labor and environmental performances from negotiating partners, but they have also indicated that they are not prepared to offer access to the U.S. market—let alone pursue a TPP-style free trade agreement.

Malaysia’s Mahathir Mohamad said that the new US-led trade group IPEF is intended to ‘isolate China’. It will be unsuccessful doing that as it the whole idea is likely to fail.

As a writer for the Lowy Institute in Sydney opined in the New York Times:

Mr. Biden huddled last week with leaders of the four-nation “Quad” group formed to counter Beijing, vowed to defend Taiwan against China and introduced a new economic pact involving a dozen nations to shore up U.S. economic influence in the region.

Yet China is already winning throughout much of Asia on both the economic and diplomatic fronts, and nothing the United States is doing seems likely to change that.…The Biden administration’s answer, unveiled last week in Tokyo, is its Indo-Pacific Economic Framework. It falls far short.

The plan calls for cooperation on trade, supply chains, infrastructure and fighting corruption. But it does not include better access to the huge U.S. import market, a crucial carrot that normally underpins trade agreements….Meanwhile, China has forged ahead. State-owned companies have locked up big projects around the region, often under the umbrella of China’s sprawling Belt and Road Initiative.

China also practices persistent diplomacy. Foreign Minister Wang Yi’s travels in Southeast Asia and the Pacific have far outstripped the pace of his U.S. counterpart, Antony Blinken. Despite the fanfare of Mr. Biden’s recent trip to Asia, it was his first to the region since taking office 16 months ago and included visits only to close allies South Korea and Japan….Competing with China in Asia will not be easy. But it starts with recognizing that right now the United States is losing.

Those words, coming from a staunch U.S. ally, are pretty harsh.

Another area where current U.S. foreign policy is failing is in the Americas. Biden is currently hosting the ‘summit’ of the Organization of American States. The head of states of at least 7 of the 34 OAS member states were not invited or declined to come:

Mr. Biden’s insistence that the leaders of Cuba, Nicaragua and Venezuela not attend the summit was seen in many capitals as a sign of U.S. imperialism and an unwillingness to address in an honest way the complex issues in the region.

The three Central American nations known as the Northern Triangle — El Salvador, Guatemala and Honduras — which along with Mexico are the source of about 66 percent of the illegal migration at the U.S. border, decided to send their foreign ministers to the summit as a signal of their displeasure.

Biden’s (or Blinken’s) ideological argument that Cuba, Nicaragua and Venezuela are ‘dictatorships’ does not make much sense when one learns that the unelected acting president of Haiti, Ariel Henry, was invited even though he is under suspicion of having ordered the murder of his predecessor Jovenel Moïse.

Administration officials said that Mr. Biden would propose reforms to the Inter-American Development Bank to encourage more private investment in the region and investments of $300 million by the United States to combat food insecurity. On Tuesday, Vice President Kamala Harris announced pledges of $1.9 billion in investments by private companies over the next several years.

But it is not clear that the investments will be robust enough to prevent those countries from turning to China for help, a key goal for Mr. Biden.

The foreign policy establishment is not happy with this:

The Summit of the Americas looks to be a debacle, a diplomatic own goal. The US has no trade proposal, no immigration policy, & no infrastructure package. Instead, the focus is on who will & will not be there. Unclear is why we pressed for it to happen.

U.S. policy in the Middle East is stuck. The nuclear agreement with Iran is unlikely to be revived under Biden as he has rejected to lift Trump’s terror designation of the Islamic Revolutionary Guard Corps. His planned visit to Saudi Arabia, to beg for more and cheaper oil, has been moved to some uncertain future date. The leader of Saudi Arabia is still miffed about Biden previously snubbing him. He also wants to continue his OPEC+ agreement with Russia and others oil producer to prevent lower oil prices.

It does not help that the Democratic leaning retired General John R. Allen is under investigation for having lobbied for Qatar, the arch rival of Saudi Arabia. Allen is leading the equally Democratic leaning Brookings Institute which has received major donations from Qatar.

On its anti-China policy the Biden administration had two other setbacks. It had banned solar modules from China over alleged human rights abuses in Xinjiang where the raw materials for making these modules is coming from. This, and a minor trade dispute, led to supply crisis for solar panels and stopped some major ‘green energy’ projects. Biden reacted to that by signing an Emergency Authorization to lift tariffs on solar modules from southeast Asian ‘producers’ which are in fact reselling Chinese produced ones.

The State Department also seems confused about its own anti-China policy:

The U.S. State Department has updated its fact sheet on Taiwan again, to reinstate a line about not supporting formal independence for the Chinese-claimed, democratically-governed island.

One might argue that Biden’s plan to lure Russia into a war in Ukraine has worked well. NATO is at least temporarily united and the EU under strict U.S. control. But the monetary assault on Russia via sanctions has turned out to be a total failure with the ruble gaining new heights. The effects of the sanctions have instead created another supply shock with prices for oil, fertilizer and wheat going through the roof.

The World Bank has downgraded its global growth predictions and is warning of stagflation. The average gasoline price in the U.S. has hit $5 per gallon and is likely to increase further. General inflation has markedly increased thought the causes get misidentified. This while the stock and house markets are more or less in free fall.

It does not look good at all for the Democrats in the upcoming mid-term election or a reelection of Biden in 2024.

Morale in the White House is down:

President Joe Biden and his aides have grown increasingly frustrated by their inability to turn the tide against a cascade of challenges threatening to overwhelm the administration.

Soaring global inflation. Rising fuel prices. Russia’s invasion of Ukraine. A Supreme Court poised to take away a constitutional right. A potentially resurgent pandemic. A Congress too deadlocked to tackle sweeping gun safety legislation even amid an onslaught of mass shootings.

In crisis after crisis, the White House has found itself either limited or helpless in its efforts to combat the forces pummeling them. Morale inside 1600 Pennsylvania Ave. is plummeting amid growing fears that the parallels to Jimmy Carter, another first-term Democrat plagued by soaring prices and a foreign policy morass, will stick.

Biden could still save his bacon by replacing his ideological minded secretary of state and national security advisor with capable realists. The above list includes enough reasons to do so.

He also needs to shut down the war in Ukraine. He could tell Zelensky to end the senseless fighting and to submit to Russia’s demands. Sanctions against Russia could then be lifted and a further oil price increase prevented. (As the war has already moved off the front pages this is likely doable.)

Biden though has never shown the necessary flexibility to do either.