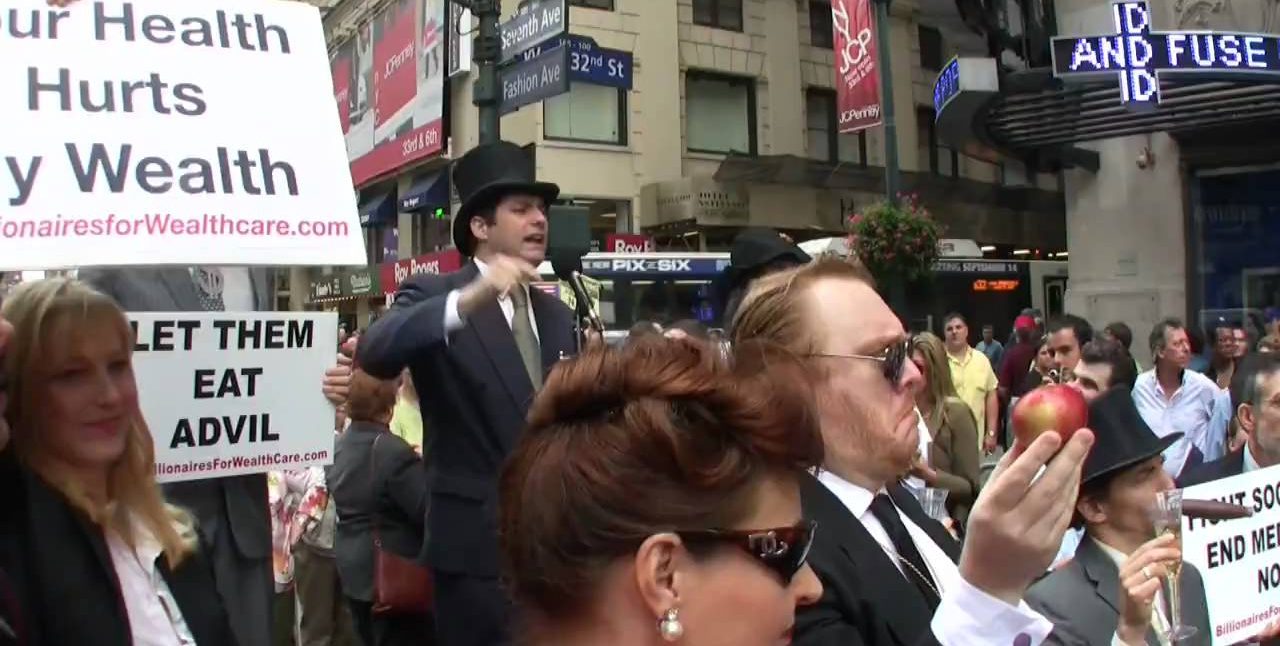 As the American Rescue Plan (ARP) winds its way through Congress, some progressives are hailing its health provisions as the greatest expansion of the Affordable Care Act (ACA) in 10 years, while conservatives are claiming that it is a slippery slope to a national Medicare for All system. Democrats have decided to forego seeking Republican support for President Biden’s $1.9 trillion promise of relief to those suffering from the COVID-19 pandemic and recession by using the budget reconciliation process. This has Republicans worried the legislation will be used to advance the progressive agenda to expand government health care programs.

However, at the end of the day, while the bill may be used to strengthen some provisions in the ACA, it will not move the United States’s health care system any closer to the popular national improved Medicare for All system that we need. It is more likely to enrich private health insurers and delay broader health care reform.

To understand why, it is important to note that the ACA, passed in 2010, was crafted to prevent national improved Medicare for All, not to create a path toward it. Following the financial crash of 2008, nearly 50 million people in the United States did not have health insurance, primarily because the premiums were unaffordable. Something had to be done, and public support for a single-payer health care system, which would replace private health insurance with a universal Medicare-like system, was growing.

The medical-industrial complex — consisting of the private health insurance, pharmaceutical, hospital, and other related corporations — viewed single-payer as a threat to the industry’s bottom line and worked overtime to stop it. Health industry corporations and trade groups donated heavily to campaigns for federal office in 2008 and invested billions in lobbyists to shape the ACA in their favor. The Center for Public Integrity reports that a total of $3.47 billion was spent to double the number of health care lobbyists in Washington, D.C., in 2009. There were eight lobbyists per member of Congress. Millions were also spent on public relations campaigns to portray Medicare for All negatively and to convince people that what they really wanted was a choice of health insurance.

Progressive organizations also played a role in preventing national Medicare for All. Tens of millions of dollars were donated to establish a front group called Healthcare for America Now (HCAN), which was intentionally given a name similar to the national grassroots Medicare for All group, Healthcare Now. HCAN convinced advocates for universal health care that a single-payer system was not achievable, and that a more practical demand would be a public health insurance plan called a “public option.” It worked, and progressives became the loudest defenders of a bill that former Cigna executive Wendell Potter renamed the “Private Insurance Profit Protection and Enhancement Act” — even though it didn’t include a public option.

While more people in the United States gained health insurance because of the ACA, the biggest winners were private health insurance, pharmaceutical companies and large hospital corporations. Private health insurers insisted throughout the reform process that people be mandated to purchase their plans, which is what the ACA did. The only way for the government to achieve that was to provide subsidies to cover health insurance premiums and out-of-pocket costs. For this, private insurers receive hundreds of billions of public dollars each year.

Pharmaceutical corporations also benefited. The increased number of people with health insurance expanded their market. At the same time, no controls were implemented to limit the prices of drugs. The rise in pharmaceutical profits as a result of the ACA far outstripped those of the health insurance and hospital industries.

And the ACA unleashed a wave of mergers and acquisitions throughout the medical-industrial complex. Hospitals consolidated into large chains and bought up physician practices and health facilities. These mergers were an intended outcome of the ACA under the belief that consolidation would lead to greater efficiency and lower prices. Instead, the mergers drove up health care costs as these institutions now wield greater bargaining power. The ACA ultimately made the for-profit parts of the U.S. health care system more powerful, and these are the industries we must take on to solve the health care crisis.

Time to Stop Throwing Money at a Failed System

Health care is a top issue again, as it was in 2008, and support for national improved Medicare for All has grown as more people are witnessing the profound flaws of a health care system that prioritizes profits over health. So, what can we expect from the ARP?

When it comes to health care, we can expect more of the same. The Biden proposal, if Congress adopts it, would increase tax credits for purchasing private health insurance, expand the subsidies for out-of-pocket costs to people with higher incomes, subsidize the cost of COBRA (a program that allows people to maintain their employer insurance when they lose their job), provide more money to the health insurance exchanges, and provide incentives for states to expand Medicaid. This is throwing more money at a failed system that changes nothing fundamentally.

The Biden plan matches the requests of the medical-industrial complex. In this press release, a coalition of private health insurers and their lobby group, hospital corporations, physician organizations and the Chamber of Commerce laid out their priorities. Each of their priorities would funnel more public dollars to them either directly or indirectly while the impact on people’s ability to receive health care will fall far short of what is needed.

Once again, the private industries are being bailed out and the people are being sold out. Even though Biden campaigned on a public option, it is not in the plan. The Commonwealth Fund finds that the ARP leaves out people who live in states where they don’t qualify for Medicaid and don’t earn enough to purchase health insurance through the exchanges. A cynic might believe the Biden administration is less concerned about that population since the states that rejected the Medicaid expansion are majority-Republican states.

Most people who purchase private health insurance plans on the health insurance exchange will continue to face significant barriers to receiving health care. The plans have restricted networks that limit where people can go for care and have out-of-pocket costs of thousands of dollars before coverage begins. Subsidizing the cost of premiums doesn’t change the fact that many people don’t have the cash on hand to cover the copay or deductible required before they can get care.

None of these changes move the health care system closer to a national improved Medicare for All, and in fact, the ARP may make it more challenging to achieve it. The most obvious reason is that the ARP shifts even more public dollars into private hands. Another concern is that the ARP may result in cuts to Medicare. Politico reports that the “pay-as-you-go” rules required under the budget reconciliation process will result in reductions in spending in other programs. Restoring that funding requires passing legislation dependent on Republican support, which is not guaranteed to happen.

Medicare has been under attack over the past few decades, which is why advocates for single-payer health care promote improving it to expand benefits, get rid of out-of-pocket costs and do away with the need for supplemental insurance. Further deterioration of Medicare will make it less popular and provide ammunition for opponents to scare people away from Medicare for All.

Finally, the measures taken to shore up the ACA will be used as justification for not implementing broader changes to the health care system. The ARP will be hailed as the “greatest expansion of health care since the passage of the ACA.” The public will be told that the priority will be to make the ACA work, not replace the whole system with Medicare for All. This is what happened in 2010. And, as Robert Blendon states in Politico, emphasis will be put on what the ARP does to address the crisis of the pandemic through expansions of testing and vaccination, which will push the persisting overall health care crisis out of the discussion.

We cannot solve the health care crisis by tweaking the current complicated for-profit health care system. Throwing more money at it will cover more people, but it won’t cover everyone, and it won’t guarantee that people will get the health care they need even with insurance. Health care is a public good, not a commodity. It can’t be treated as both at the same time. They contradict each other.

While single-payer advocates are often told that we need to achieve Medicare for All through incremental steps, the reality is the smallest measure that can be taken to create a health care system that treats health as a public good is a national improved Medicare for All — a system that is universal, comprehensive in benefits, publicly financed and administered, and that removes profits. This will generate the savings in health care spending needed to cover everyone and build out the health care infrastructure so that everyone everywhere in the country has what they need to live a healthy life.

President Biden has already declared his opposition to Medicare for All. As it has been for every great achievement for social change in the United States, we must build a movement that moves Medicare for All from being impossible to being inevitable.