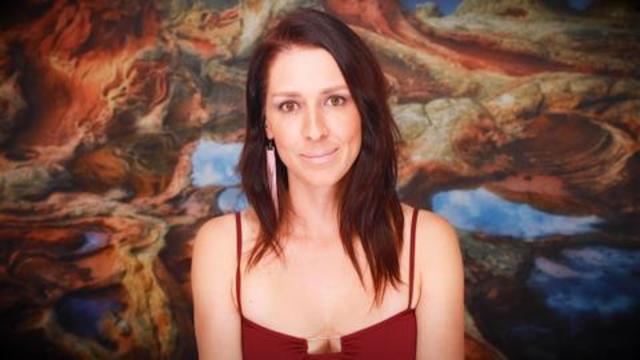 For the past four years we’ve been covering Trump’s dramatic and belligerent escalations in the Empire’s wars. But there’s a new dawn on the horizon. President elect Joe Biden is being celebrated as a return to sanity on the world stage; who will restore peaceful cooperation between allies of democracy.

But those words, like most everything else from Team Biden, are just a bunch of meaningless rhetoric. Now, we can clearly deduce what a Biden foreign policy will look like, since he’s chosen all the major positions for his war cabinet these past weeks. Although not everything has been filled, he’s appointed enough people to let us know exactly how he plans to manage the empire.

Let’s look at his key foreign policy picks so far, starting with Antony Blinken for Secretary of State. Blinken served as Deputy Secretary of State under Obama, where he was a hardline advocate of the war in Libya, and tried to push Obama into launching the same type of all-out war against Syria. Although Biden campaigned on ending US support for the war in Yemen, Blinken sped up weapons shipments to Saudi Arabia for his old boss.

But the biggest indicator of his vision, that’s been totally ignored, is that Blinken was also Biden’s closest foreign policy advisor when Biden championed and voted for the invasion of Iraq, a criminal decision that haunts Biden to this day. Pretty much any politician who championed the Iraq war in those years has no credibility on foreign policy today, and all must issue apologies and retractions. But, somehow, Blinken has been immune to this, despite his role being absolutely critical to getting the Democratic Party needed to launch the war.

See, Blinken is your average pro-war neoliberal, just the other side of the imperialist coin who cloaks his warmongering in humanitarianism.

Like every good foreign policy wonk, Blinken has paid his dues to the war industry. Just prior to his nomination, he founded the shadowy WestExec Advisors consulting firm that quote “helps defense corporations market their products to the Pentagon.” Now their clients are really getting their money’s worth!

This cozy revolving door relationship is precisely why someone like Blinken was picked, to keep the gears on the war machine churning.

Moving on to Jake Sullivan, tapped by Biden’s team to serve as his National Security Adviser. Also an Obama foreign policy alumni, Sullivan was a close loyalist and top adviser to war hawk Hillary Clinton. In her memoir “Hard Choices”, Clinton recalled that Sullivan “was at my side nearly everywhere I went.” Yikes, not a good look! Hillary’s disaster hawkishness as Secretary Of State is part of the baggage that made her unable to beat Trump. Now we have the guy who was whispering in her ear, appointed to whisper in Biden’s.

Additionally, Sullivan is on the advisory council for the Alliance for Securing Democracy, an elusive think tank that tracks “Russian bots” via black box methodology and calls out “foreign influence operations” undermining our sacred democracy.

Interestingly, this anti-Russia group effort includes nefarious characters like George Bush’s DHS Secretary Michael Chertoff, Iraq War neocon Bill Kristol, and former CIA director “we need to kill Iranians and Russians in Syria” Mike Morell. Uniting with the worst of the worst under a shared hatred for the next target.

So we know this guy is going to be terrible on Russia. But what about everywhere else? Sadly, his words for some of Trump’s most hawkish foreign policy maneuvers reveal his true intentions.

Right after Trump bombed Assad in 2017, Sullivan joined CNN to praise him for it, as well as give accolades for bombing Afghanistan with the largest ever non-nuclear bomb.

Imagine saying that such a sadistic action was “appropriate.” Disgusting. And if Sullivan liked Trump’s violence so much, we can only assume he’ll recommend the same as Biden’s top foreign policy advisor.

Let’s turn to Avril Haines, nominated to be the Director of National Intelligence, AKA America’s top spy. Haines served as CIA Deputy Director under Obama, where she was central in crafting the legal framework for his killer drone empire, apparently summoned in the middle of the night to sign off on his machine murders.

Trump tripled drone strikes from the Obama era, widely expanding the Pentagon’s authority to do whatever the hell they wanted. Haines is returning to a much bigger and much less transparent drone program with no sign of reigning it back.

Disturbingly, she is also complicit in the Bush administration’s torture program. Haines helped cover-up the CIA’s torture by making sure no official was punished for hacking into government computers to DESTROY ALL THE EVIDENCE. Those torture revelations were a huge scandel just over a decade ago, and now we have the very person who helped cover it all up and protect the culprits elevated under Biden.

Presumably because she supports those crimes. After all she is on the record praising current CIA Director Gina Haspel, notorious for overseeing war crimes like rendition and torture of innocent detainees.

Haines is involved in shady private corporations, like Palantir, a data mining company born out of the CIA, that has been used by entities like ICE to make child separation and mass roundups more efficient. Palantir has been condemned for human rights abuses by several watchdog groups.

And she’s also on the board of the shady warmongering think tank Center for a New American Security or CNAS, funded by weapons contractors Northrop Grumman, Lockheed Martin, Raytheon, banks like Chase and Bank of America, Big Oil and…. Palantir. Nope, no conflict of interest here.

Oh, but did I mention she will be the first woman to run America’s surveillance state? Yas queen! And that she’s super duper nice? Like really, really nice?

Even though she is personally complicit in torture, thousands of civilian deaths and war profiterring, the director of Human Rights Watch said she is quote “one of the nicest people I have ever met, and probably the nicest person I’ve ever met who worked for the US government.” Aw, that’s sweet. And makes me feel so much better about alllll the blood on her hands.

Moving on to Biden’s UN Ambassador pick, Linda Thomas-Greenfield, who ran Obama’s policy toward sub-Saharan Africa, overseeing drone strikes in Somalia and an expanded military footprint in Niger. It was under her leadership that this devastating US shadow war across the African continent was born.

Greenfield also believes peace is waged through war. She vigorously defended Susan Rice’s awful interventionist policy in Africa, claiming that she was “tireless in her effort to bring peace to the region.”

When not in government, she worked at the Albright Stonebridge Group, a think tank founded by Madeleine Albright, the politician notorious for defending the US murder of half-a-million Iraqi children in the name of humanitarianism.

But of course this rant wouldn’t be complete without a hard look at who Biden ended up picking to run the Pentagon, the true muscle of the empire.

After floating Michelle Flourney, one of the world’s worst possible candidates, he ended up going for Lloyd Austin instead to be Secretary of Defense, or more accurately, Secretary of Offense.

Just a few years ago, Austin was a 4-star general in the Army. Remember when Trump appointed General Mad Dog Mattis to the same cabinet position, violating US law that prevents recent military officials from taking that civilian post? There was a huge outcry from Democrats for undermining this long established norm! But now Biden is just doing the same thing.

Immediately after taking off his Army uniform, Austin put on a suit and took a job as a board member of top war profiteer Raytheon, of which he is still a sitting board member. As of October, Austin owned about $500,000 worth of Raytheon shares.

Working for a mega defense contractor means that Lloyd has a personal investment to make sure those bombs keep dropping. Negotiating peace literally hurts his profits.

In fact, when it comes to Yemen, Raytheon is one of Saudi Arabia’s main weapons suppliers, and they aggressively lobbied against ending the arms sales that Biden claims to want.

Whether this will influence Austin’s decisions or not, it says everything about his character that he would even walk through that revolving door from war-maker, to war profiteer.

That wraps up Biden’s war cabinet so far, all naked imperialists with direct ties to the military industrial complex. Notably, many are key figures to some of the biggest scandals of the past two decades: the war in Iraq, the bombing of Libya and illegal torture.

Aside from the hopeful strategy shift with Iran, stepping back from Trump’s movement towards all out war, Biden as CEO of the empire shouldn’t be much different than Trump. The same bombs, drones, special ops, bases, troops, and out of control military budget will continue, just with the veneer of respectability. And honestly, you couldn’t find a nicer gang of war criminals.

But look, we knew this was coming. The only people who would ever even be considered for these top foreign policy roles are those who have demonstrated loyal service to imperialism and empire.