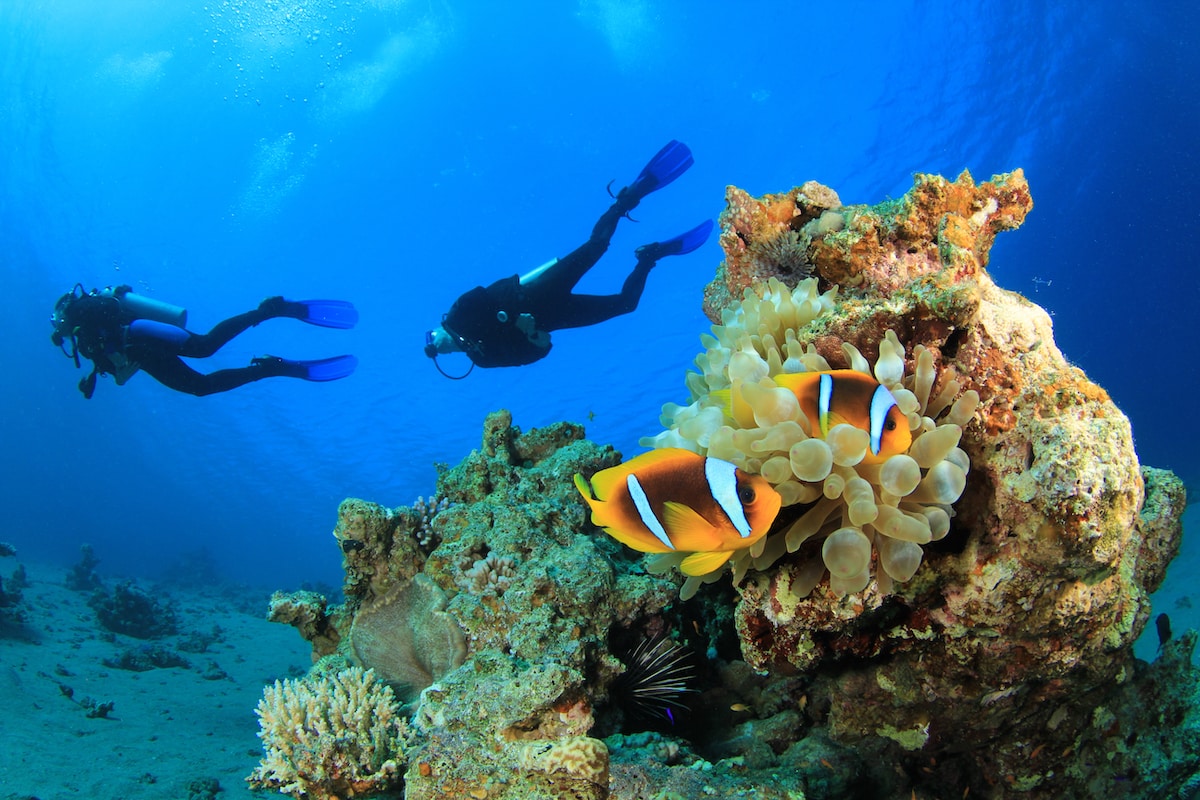 Billions Of Humans Depend On 50,000 Wild Species For Food, Fuel And Income

Above Photo: Scuba divers swim over a coral reef. IPBES.

Protecting biodiversity isn’t just important for its own sake; it’s essential for human wellbeing too.

A new report from the The Intergovernmental Science-Policy Platform on Biodiversity and Ecosystem Services (IPBES) – which is often described as the “IPCC for biodiversity” – found that billions of people depend on 50,000 wild species for food, medicine, fuel and income from activities like tourism.

“70% of the world’s poor are directly dependent on wild species. One in five people rely on wild plants, algae and fungi for their food and income; 2.4 billion rely on fuel wood for cooking and about 90% of the 120 million people working in capture fisheries are supported by small-scale fishing,” assessment co-chair Dr. Marla R. Emery said in a press release. “But the regular use of wild species is extremely important not only in the Global South. From the fish that we eat, to medicines, cosmetics, decoration and recreation, wild species’ use is much more prevalent than most people realize.”

The IPBES Assessment Report on the Sustainable Use of Wild Species took four years to complete but the summary was just approved by the IPBES’s 139 member states in Bonn, Germany, this week. It was a collaboration between 85 experts as well as members of Indigenous and local communities. It included the work of 200 contributing authors and used more than 6,200 sources. That means it presents in great detail the extent to which human beings rely on the nature they are rapidly depleting.

The report identified five “practices” that define how people use wild species: fishing, gathering, logging, land animal harvesting and non-extractive uses like ecotourism. More than 10,000 species are used as food, while about a third of people depend on firewood for cooking, and 50 percent of wood goes towards energy. All told, about 50 percent of the world’s population benefits from the use of wild species of plants, animals, algae and fungi in some way, according to The Guardian.

“Half of humanity uses and benefits from the use of wild species,” Emery said, as The Guardian reported. “Their sustainability is essential for biodiversity conservation, and for human wellbeing.”

Unfortunately, that sustainability is jeopardy. The report comes three years after another IPBES report warned that one million species were at risk of extinction because of human activity. The main drivers identified in that report were unsustainable logging, fishing and hunting, according to BBC News.

“Today one million species are at risk of extinction,” Convention on International Trade in Endangered Species of Wild Fauna and Flora Secretary-General Ivonne Higuero said in the press release. “And the unsustainable, illegal and unregulated use of species is a large part of the problem. For example, the illegal wildlife trade is a 23-billion-dollar annual business that lines the deep pockets of a few unscrupulous individuals. These people get rich at the expense of nature and ecosystems.”

However, the report offered examples of sustainable use, too. Communities work together to manage the population of pirarucu fish in the Amazon, in one instance, as The Guardian reported. In fact, the majority of the human uses described in the report were actually sustainable.

“That’s a slightly different story to the one that we normally get told, which is usually much more negative,”  International Union for Conservation of Nature’s sustainable use and livelihoods specialist group head Dilys Roe said, as The Guardian reported.

Indigenous peoples and local communities remain leaders in the sustainable use of species in the approximately 40 percent of global protected areas that they manage, and protecting their rights is an important means of preserving biodiversity, something that the non-Indigenous scientific community is increasingly coming to understand.

“If wildlife disappears, our culture is at risk, our lifestyle and our livelihood is at risk,” Argentine Indigenous lawyer and activist Viviana Figueroa, who spoke with report authors, told The New York Times. “There is still a lot of work to be done, but at least there is some recognition.”

The report authors said that wild species faced threats in the future from the climate crisis, rising demand and technological advancements in harvesting, according to BBC News. They recommended things that could be done to promote sustainable use instead, such as preventing illegal extraction, protecting the rights of Indigenous peoples and improving forest management.