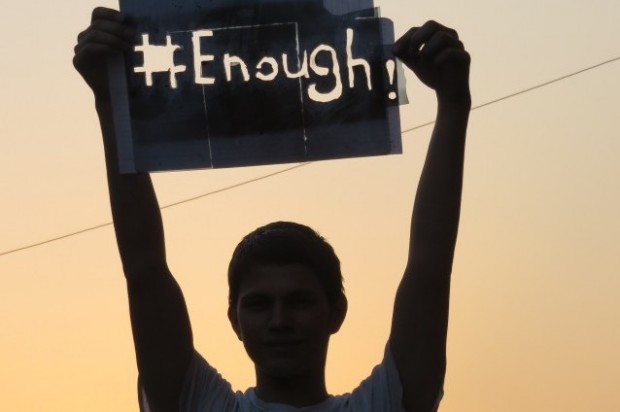 With the announcement that the Trump administration concluded its analysis of the war in Afghanistan, the administration had an opportunity to announce a sensible solution to the longest war in U.S. history by calling on all parties to the conflict to enter into serious discussions to create a process for national reconciliation and peace. Instead, the administration committed the U.S. to an endless war in Afghanistan with no clear criterion for what the administration would define as a “win.” Moreover, by suggesting that the administration intends to play up to India, Pakistan’s bitter rival, so India can play a larger role in solving the conflict in Afghanistan amounts to a dangerous and cynical ploy that could inflame the already tense relations between the two nuclear-armed nations. Trump’s call for support for an increase to military spending was a crude and opportunistic rationalization for endless war and the squandering of the nation’s precious resources, including the lives of its young.

The policies of this administration reflect a continued commitment on the part of the U.S. oligarchy to utilize military force to advance its interests throughout the world. Members of the Black Alliance for Peace (BAP) understand that U.S. policy-makers see the continued presence of the U.S. in Afghanistan as a strategy to counter the growing cooperation between China and the Russian Federation and the Chinese “silk road” project. We also know that U.S. capitalists have their eyes on newly discovered and untapped mineral reserves of iron, cobalt, copper, gold, and lithium estimated at a value of over one trillion dollars. This increases Afghanistan’s value for the U.S. corporate and financial sector, which has no problem sending young people off to die for its narrow interests.

With the bipartisan vote in the U.S. House of Representatives to increase the military budget by $75 billion – a figure that represents more than the entire military budget of the Russian Federation – it is no longer accurate to characterize this grotesque proposal as a Trump proposal.  The commitment to Full Spectrum Dominance has always had bipartisan support, but Democrats and their liberal allies have been able to present its militarism as somehow more benevolent than the Republicans. Since the collapse of the Soviet Union and the emergence of the U.S. as the world’s predominant global power, the commitment to maintain U.S. hegemony and its predatory form of capitalism known as neoliberalism has always been a bipartisan objective.

Candidate Trump questioned the wisdom of U.S. involvement in Afghanistan seeing it as a lost cause that wasted resources and lives. Now President Trump has a different take. Joining the last two presidents before him, he adopted the agenda of military-industrial elites who see the necessity for a permanent U.S. presence in the country resulting in the U.S. and its NATO partners establishing nine permanent military bases in the country.

The U.S. as part of the U.S./EU/NATO axis domination has been responsible for unspeakable acts of violence in every part of the world with most of the victims of U.S. state violence being the non-European peoples of the world.

In an obscene testament to U.S. vanity and the psychopathological commitment to global white supremacy, billions have already been wasted, almost three thousand U.S. lives lost and over 100,000 dead. It is time to admit defeat in Afghanistan and bring the war to an end. Justice and common sense demand that the bloodletting stop.