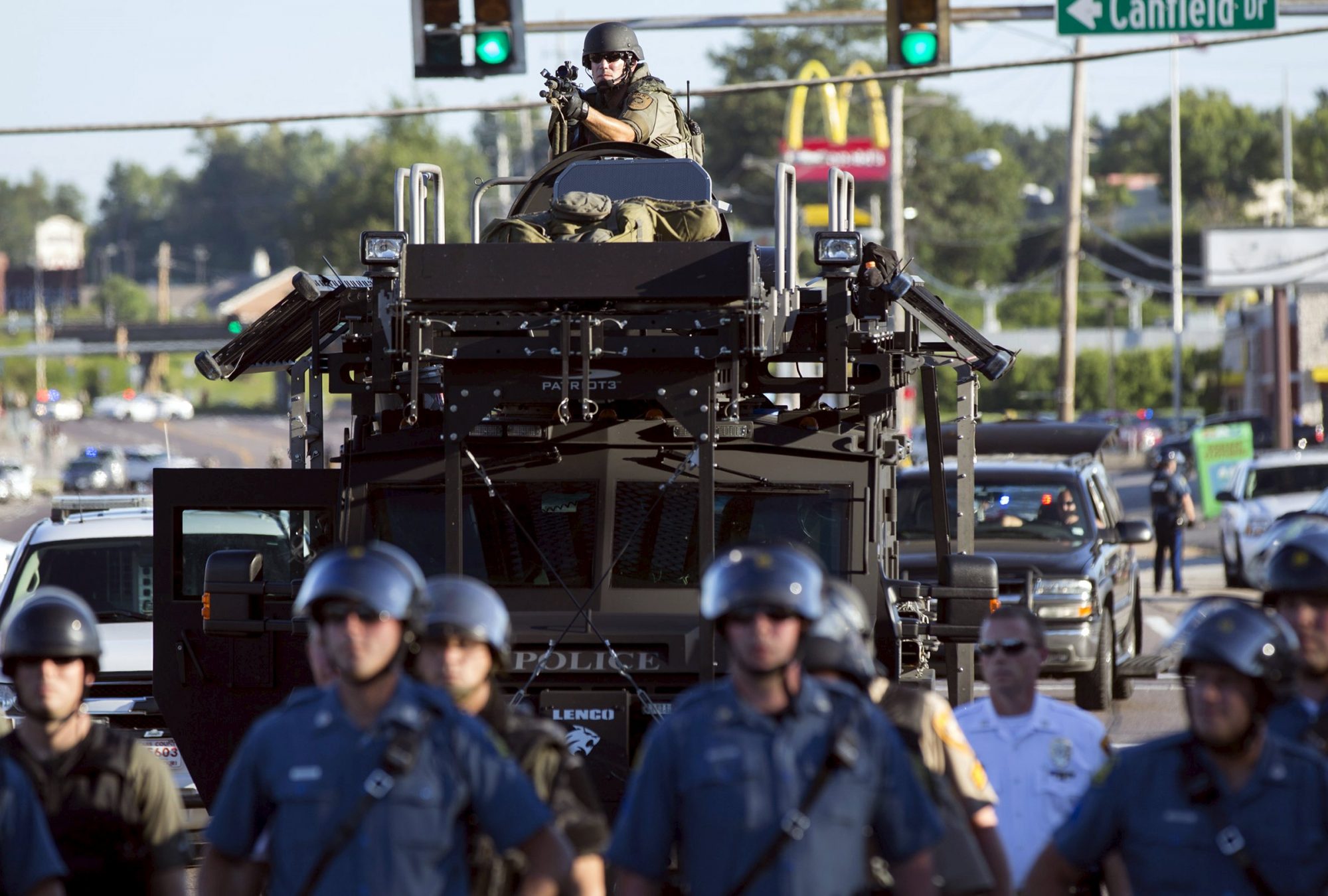 The Black Alliance for Peace (BAP) calls U.S. President Joe Biden’s executive order to alter the Department of Defense’s 1033 program because of his supposed commitment to racial justice an affront. The gratuitous militarization of police forces across the United States through this program has helped to turn these agencies into brutal weapons of repression. Therefore, nothing short of complete abolition of this program is acceptable.

BAP has demanded abolition of the 1033 program since BAP’s 2017 founding. It now asks the public to sign a petition demanding the Biden administration and Democrats commit to abolishing this racist and brutal program.

“Here in the belly of the Deep South beast, we understand the harsh and irreversible effects measures like 1033 have had and continue to have on those who languish in poverty, forced to live in shanty shacks and tenements,” according to Jaribu Hill, executive director of the Mississippi Workers’ Center for Human Rights and member of BAP’s national Coordinating Committee. “Our communities are under siege and on dusty back roads, we are accosted and brutalized by the military militia known as the police.”

“Weapons of destruction are used to terrorize our people,” Hill said. “Therefore, we cannot accept band-aid solutions to institutionalized terror under the color of law.”

The National Defense Authorization Act of 1997 that then-Senator Joe Biden (D-Delaware) supported and President Bill Clinton (D) signed into law created the 1033 program by expanding on a previous program.

Responding to outrage about the heavily militarized police response to protests after Michael Brown’s murder in Ferguson, Missouri, President Barack Obama enacted a policy in 2015 that appeared to limit the program, but made little difference in any department’s ability to acquire and use military weapons.

Even with the scale-back, the Obama administration managed to transfer a $459 million arsenal to police agencies.

President Donald Trump came into office and reversed Obama’s cosmetic changes. What the Biden administration is now proposing by reversing Trump’s reversal to the Obama policy is not enough, as reverting the policy to Obama’s altered version is not justice.

BAP National Organizer Ajamu Baraka says what is needed is “demilitarization and an end to the police occupation of colonized Black and Brown communities.”

The Biden administration and Democrats do not admit this program is the latest form of militarized repression deployed to control and contain the Black and Brown colonized and working classes of the United States. If Biden and Democrats were really committed to racial justice, they would support abolition of the 1033 program.