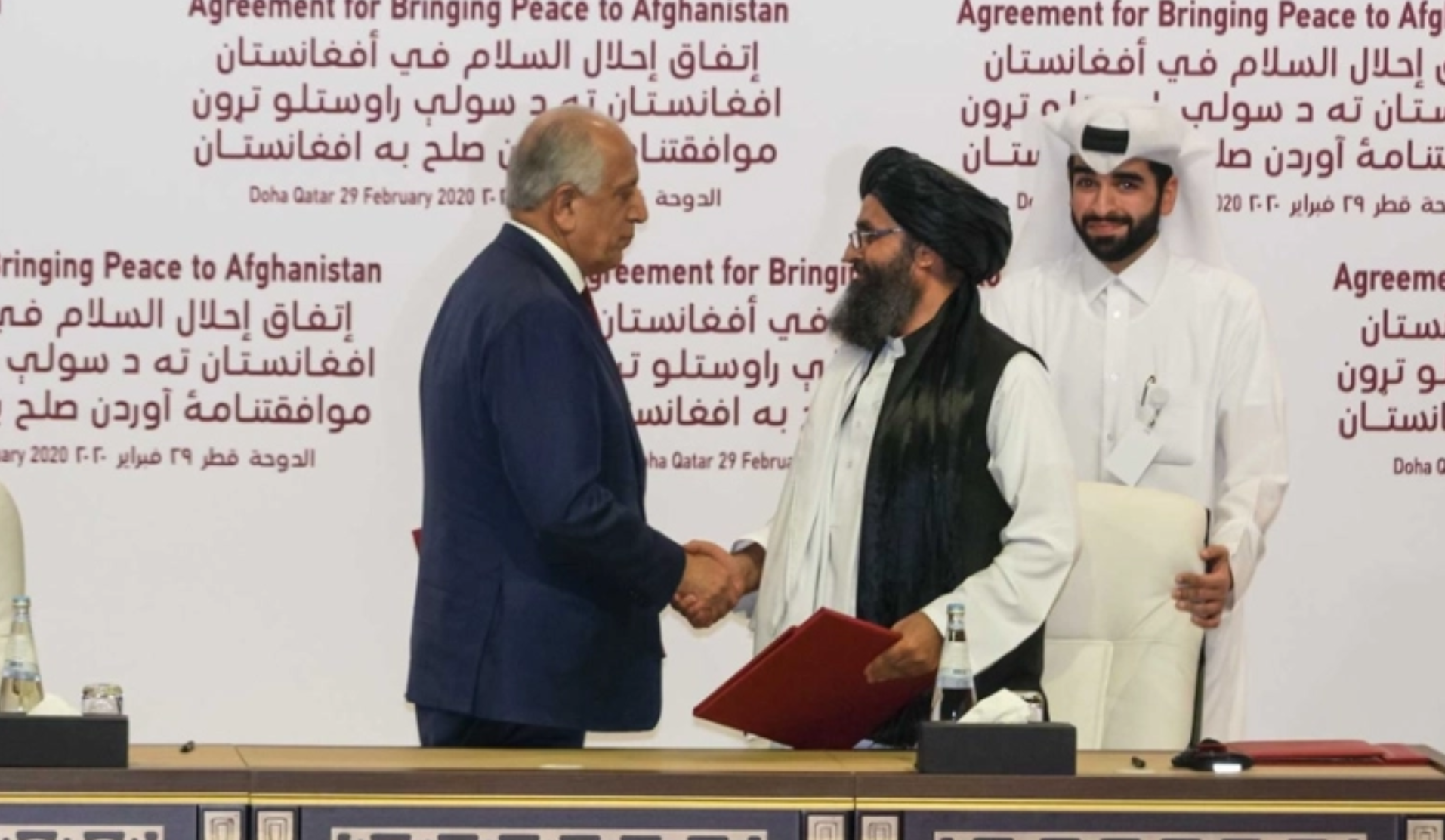 Above photo: Washington struck a deal with the Taliban in Qatar last year to begin withdrawing its troops in return for security guarantees from the armed group. Sorin Furcoi/Al Jazeera.

Biden Administration Must Abide by Terms of Peace Agreement.

The Black Alliance for Peace (BAP) Solidarity Network, made up of allied organizations and individuals, demands the North Atlantic Treaty Organization end its imperialist endeavor in Afghanistan and calls on the United States to abide by the 2020 U.S.-Taliban agreement by exiting Afghanistan by May 1.

The BAP Solidarity Network encourages anti-imperialist, anti-war people and organizations to sign a petition to demand the Biden administration exit Afghanistan. It also has developed a template to help the U.S. public write letters to the editors of news organizations to demand an end to the U.S. intervention.

The BAP Solidarity Network has uncovered through its research that although 2,500 U.S. troops occupy Afghanistan, 11,000 NATO troops representing 36 countries are in the war-riddled country. At a December 16, 2020 meeting, NATO allies agreed to a $1.94 billion 2021 military budget and a $312.5 million 2021 civil budget—all for its Afghanistan operations.

Tod Wolters, commander of the U.S. European Command—one of 11 global command structures the United States uses to dominate every inch of the world—also is NATO’s Supreme Allied Commander Europe. He said, “Everything we do is about generating peace. We compete to win… and if deterrence fails, we’re prepared to respond to aggression, primarily through NATO.” That indicates NATO does not merely advise or train Afghan troops.

Today, the U.S. European Command and NATO, along with the Afghan Forces they finance, are shifting their objectives from the so-called anti-terrorist campaign to “peace building in Afghanistan.”

While increasingly under threat of a global war, the people of Afghanistan continue suffering the immediate brunt of imperialist and capitalist interests in the region. To date, the U.S. empire and its European allies are complicit in the deaths of over 100,000 Afghan adults and children, leaving thousands more injured or permanently disabled. Two decades of dropping 50,000 bombs on a country the size of Texas has left Afghanistan with catastrophic levels of poverty, an economy in shambles, and health care workers struggling with the added burden of the pandemic. Nearly 3 million Afghans refugees have fled their country to escape the violence, making Afghanistan one of the world’s biggest sources of refugees, and over 2 million Afghans have been internally displaced. Two decades of war has cost the U.S. public more than $1 trillion.

Within days of taking office, the Biden administration signaled it would not abide by the U.S.-Taliban agreement, citing the importance of supporting a “stable, sovereign, democratic, and secure future for Afghanistan.”

“This is the same language we hear whenever the United States and NATO conspire to destabilize foreign countries hostile to U.S. and European capital,” says Danny Haiphong, co-coordinator of the BAP Solidarity Network. “But we condemn the threat of the New Cold War and the continued war and occupation of Afghanistan, as we condemn the use of state violence and militarism against poor and working-class people of all nations. That is why we demand the immediate withdrawal of all U.S. and NATO forces as well as the financing of the war machine in Afghanistan and the region.”