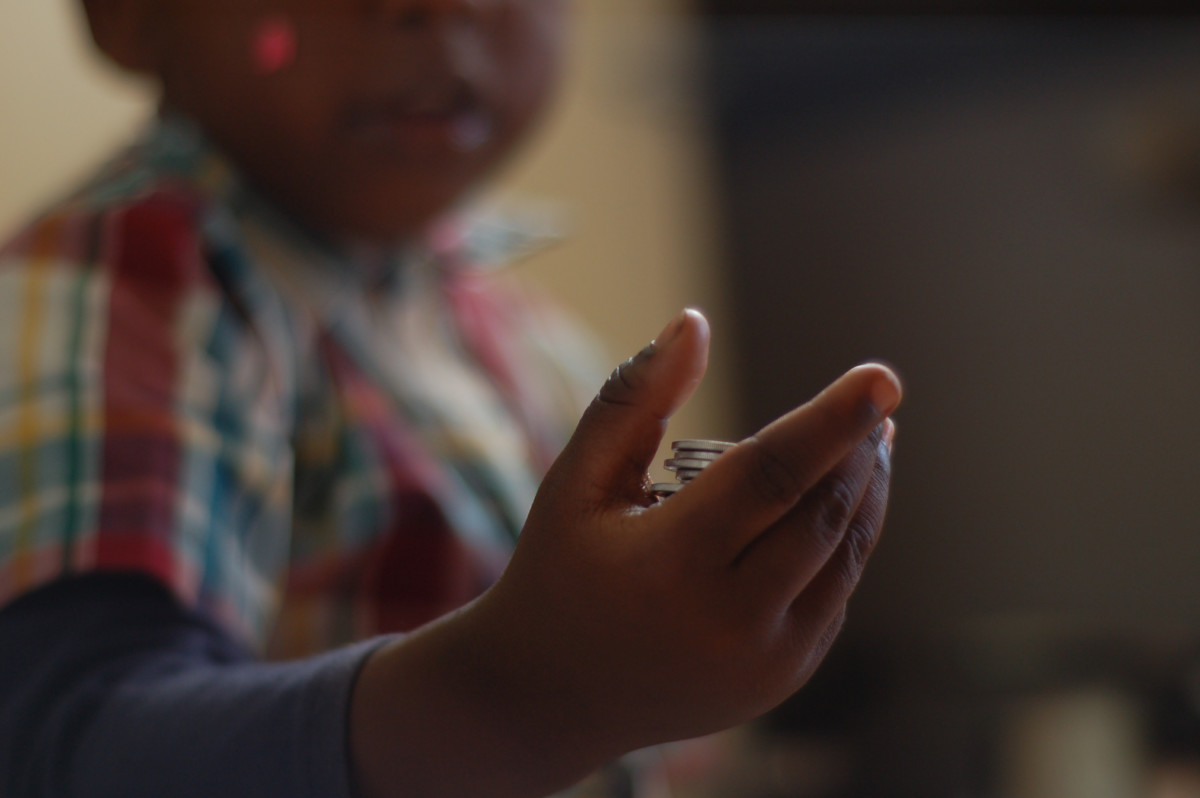 Black Americans’ Median Wealth Could Disappear In One Generation

It’s no secret that, as the saying goes, “The rent is too damn high.”Across the nation, housing is becoming increasingly expensive for many Americans. But the story of the present-day housing crisis is not just a story of rising rents; it’s also a story of systemic racism. Today’s rising housing prices exacerbate the racial wealth gap in the US by making it more difficult for Black people to accumulate wealth since the 2008 recession, thus further decimating Black wealth.

The racial wealth gap matters because wealth is an important economic resource and a form of power. Wealth builds and sustains communities. It helps communities weather economic hardships and supports future generations. Those with more wealth can use it to influence the political system, as evidenced by the control wealthy donors and large corporations have on US politics.

The 2008 Recession and Today’s High Rents

It would take Black families 228 years to reach the same amount of wealth that white families have today.

Obama’s homeowner relief measures did very little to provide relief. For example, the Home Affordable Refinance Program (HARP) helped homeowners refinance their mortgages, but only for those not in danger of foreclosure. As a result, it did not help the homeowners most in need, particularly subprime borrowers. This especially hurt Black and Latino borrowers since their refinance rates under HARP were lower.

Instead, Truthout is fueled by generous donations from readers. Want to support our work? Donate today!

The post-recession “recovery” has seen an obscene increase in housing prices across the nation. As of this month, according to Zumper, median rent for a one-bedroom apartment in San Francisco is $3,500 a month. But San Francisco isn’t the only expensive city. Median rent for a one-bedroom in New York City is $2,860 a month, in Seattle, $1,990, and in Miami, $1,800. According to a recent RENTCafé report, the national average rent reached $1,405 last month.

Housing prices are also outpacing wages. The median wage for US workers is $30,533.31 a year, according to Social Security Administration data. Today’s minimum wage of $7.25 an hour is not enough to afford a two-bedroom rental home anywhere in the country. Not even $15 an hour is enough for most locations. One would have to make $22.10 an hour, on average, to afford a two-bedroom rental home and $17.90 an hour for a one-bedroom, according to a National Low Income Housing Coalition report.

Because apartment rents and home prices are so high, it is incredibly difficult for young people of color to buy homes and accumulate wealth to pass down to their offspring. University of California, Berkeley, professor and housing expert Carolina Reid told Truthout that renters “are compelled to pay increasingly more of their income on rent, and there’s no wealth gains to be made from rent.”

The median wealth of Black Americans will drop to zero by 2053.

Reid also warned that if someone is struggling to pay rent and their rent continues to increase, they are more likely to take out a predatory loan. In fact, loosely regulated independent mortgage companies are creating half of new mortgages compared to nearly 20 percent in 2007, according to the Brookings Institution — echoing signs of the previous collapse. Many of these loans are to low-income people. Even if another financial crisis does not happen, Reid says, “Your ability to save for a down payment to buy a house in the future is compromised.”

At a recent Fair Housing Act meeting in Concord, California’s City Hall, a Housing and Urban Development (HUD) official told Truthout that, “The effect of the current housing crisis and escalating rents on people’s ability to save to be able to buy a home to begin with is pretty intuitive.” The weak federal homeowner relief combined with today’s high housing prices will make it harder for Black and Latino people to accumulate intergenerational wealth.

While the impact of today’s housing crisis on the racial wealth gap remains to be seen, there is enough evidence to show that it will get worse in the coming years. A 2017 Institute for Policy Studies report found that the median wealth of Black Americans will drop to zero by 2053 and Latino median wealth will drop to zero 20 years after that. Meanwhile, “median white household wealth would climb to $137,000 by 2053.”

What Drives the Racial Wealth Gap?

First, homeownership is one component of wealth. Indeed, wealth or “net worth” is measured by total assets minus total debt. Owning a home is only one of many assets a person or family can have.

Because of slavery and generations of institutional racism, white people were able to accumulate intergenerational wealth while Black people could not.

Even when homeownership is taken into account, white Americans still hold more wealth. The study points out that while wealth is low among non-homeowners, Black households that don’t own homes have a measly $120 in net worth, while non-homeowning white households have $3,775 in net worth. Neither amount is much, but the gap is wide. As for those who do own a home, median net worth for white homeowners is $239,300 compared to $99,840 for Black homeowners.

The authors do not dismiss the idea of increasing Black homeownership as a worthy goal. However, they question the idea that homeownership drives the racial wealth gap. As they point out,

Since owning a home is a major non-depreciating asset for most US families, homeownership is important for building overall wealth, but it is just one piece of a larger pie. Looking at the racial wealth gap requires more than focusing on homeownership; it also requires looking at other assets and actual home equity. Federal Reserve data show that white households hold far more home equity than Black households — $215,800 among whites, $94,400 among Blacks. Because of slavery and generations of institutional racism, white people were able to accumulate intergenerational wealth while Black people could not.

The racial wealth gap started with slavery. During the transatlantic slave trade, between 10 and 12 million Black African slaves were kidnapped from West Africa and trafficked to the southeastern United States, the Caribbean and South America.

Slavery was a massive transfer of wealth from Black labor to white capital.

Black African slaves, by definition, were not paid for their labor. Instead, they were legally considered the “property” of their white slave-masters. In addition, slavery was passed down from generation to generation as the children of slaves were legally considered slaves, as well. Because of this, Black slaves could not accumulate wealth to pass down to their descendants. As a result, slavery was a massive transfer of wealth from Black labor to white capital. This transfer of wealth impacted the descendants of African slaves and laid the foundation for a racist hierarchy that relegates Black people to the bottom of the socioeconomic ladder. The racial wealth gap is an empirical measure of this.

Moreover, slavery built modern capitalism. Since they were considered property, slaves were bought and sold in international markets. Slaves cultivated important, wealth-generating crops such as, cotton, tobacco and sugar. Additionally, slave labor produced commodities that were sold in markets for profit, a key component of capitalism. Cotton in North America and sugar in the Caribbean were the most valuable commodities. Cheap cotton and sugar produced by slave labor were crucial to building the modern international capitalist economy and the US’s economic power. Capitalism and the West’s wealth were built on the back of slaves.

In fact, Wall Street was originally a slave-trading market where Africans were bought and sold. Slaves also built the wall that gave Wall Street its name. Several major financial institutions profited from the slave trade by providing insurance and financial services to slave-owners. AIG and Aetna provided insurance to slave owners, while predecessor banks to JPMorgan Chase and Wells Fargo allowed slave owners to use their slaves as collateral when seeking loans. If owners defaulted, the banks often took possession of the slaves.

Wall Street was originally a slave-trading market where Africans were bought and sold.

After slavery, the racial wealth gap went through a metamorphosis in the form of redlining in the 20th century’s first half. Redlining is the systematic denial of financial services such as mortgages or insurance to residents or communities based on their race. During Jim Crow racial segregation, banks and the federal government denied home loans to Black communities, which further decayed their neighborhoods.

Even though the 1968 Fair Housing Act outlawed redlining, it has shaped the economic and racial makeup of today’s neighborhoods. For example, according to a report by the National Community Reinvestment Coalition, neighborhoods that were redlined in the 1930s are still predominantly nonwhite, lower-income and economically disenfranchised.

Americans of color are also still denied basic mortgage loans more frequently than white people. A Reveal study found that “black applicants were turned away at significantly higher rates than whites in 48 cities, Latinos in 25, Asians in nine and Native Americans in three.” It points out that across the US, “loan applicants told similar stories, describing an uphill battle with loan officers who they said seemed to be fishing for a reason to say no.”

Because housing is so expensive, there’s been an uptick on tenants’ organizing and housing rights activism across the country. Perhaps the top reform being pushed for, particularly in California, is rent control. However, alleviating the racial wealth gap requires more than expanding rent control. The Movement for Black Lives (M4BL) issued a thorough policy proposal for addressing the dearth of Black wealth. M4BL advocates overhauling the tax code to redistribute wealth to the Black community, along with a reparations program. Given the problem’s complexity, there is no “magic bullet” solution, but will seem to require a multitude of policy reforms.