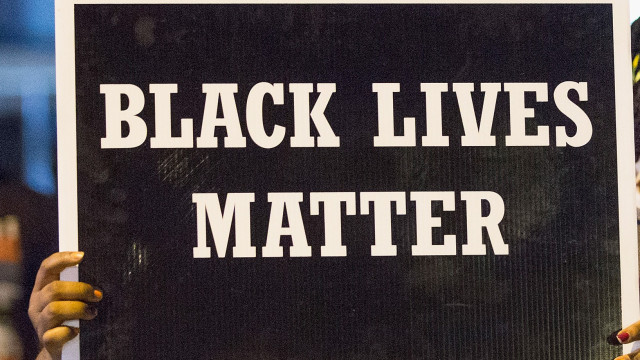 Denver Black Lives Matter Camps Out at Capitol for 135 Hours, One for Each Africian American Killed this Year

At least a dozen protesters have been camped out in front of the Denver City and County Building Since July 7, 2016. Along with the camp out, on July 7, an estimated 200 protesters took to the streets of downtown Denver shutting down intersections in a solidarity rally with Black Lives Matter. Black Lives Matter 5280 (BLM) says they will be camped out in front of the Denver and City County Building for 135 hours, one for each African American killed by police this year, which is now up to 138 since their statement.

Micah Johnson is one of the 138 African Americans killed by police, Johnson was killed with a remote-controlled bomb after he fatally shot five officers and injured seven others in Dallas on July 7, 2016, following an anti-police brutality march in response to the police killings of Alton Sterling in Louisiana and Philando Castile in Minnesota. Some, such as Elizabeth Joh, law professor at the University of California at Davis, have raised concerns over the use of an explosive robot being used by law enforcement. When speaking to The Guardian, Joh explained there were fourth amendment discrepancies with using deadly force and defining an “immediate threat” to an officer’s life and other new policy issues that will arise from deciding to use “reasonable robotic force.”

On the evening of July 8, 2016, an estimated 100 protesters gathered in front of the Denver and City County Building and began marching towards 16th Street Mall. Protesters held signs reading “I will live,” “No More Lynching of Our Black Brothers, Sisters, and Friends,” and “Black Women Matter.” The march proceeded down 16th Street Mall blocking the shuttles while singing We Shall Overcome and Ain’t Nobody Gonna Turn Me Around. Even chants of Kendrick Lamar’s lyrics “We Gon’ Be Alright” bounced off of the walls of 16th Street Mall. People in solidarity with the march, working on the mall, walking by, or dining, raised their fist in support of BLM and the act of protest to police killings of African Americans.

Yasmin Wasalaam, who took part in the protest with her children said:

I heard on the news that two men were murdered at the hands of the police I was hurt and angry because we as black people keep hoping and praying the violence and harassment and unjust killings will stop but it does not seem to be which is very traumatizing to know that anyone could be killed simply for the color of their skin which caused me to want to reach out to others in the community that I knew and trusted.

When the march arrived on the steps of Millennium Bridge there was a moment of silence followed by members of the protest saying names of people killed by police in Denver such as Alonzo Ashley, Marvin Booker, Paul Castaway, Jessica Hernandez, Ryan Ronquillo, and Dion Damon. Members also recited the names of Philando Castile, Alton Sterling, Sean Bell, Amadou Diallo,Sandra Bland, Rekia Boyd, and countless others. On the march back to the city and county building the procession was met with some angered resistance of people yelling back at the protesters “All Lives Matter.”

The march continued down Broadway blocking traffic into Colfax, the marchers sat in front of the capitol building in a circle in the street for an hour holding a public meeting, moment of silence and reflection on the continued killing of African Americans by police. People brought bags of water and hamburgers and handed them out to protesters during the sit-in. Before dispersing, the crowd rallied in front of the capitol building.

On The Denver Channel, Auon’Tai Anderson, one of the organizers of the protests and member of Colorado High School Democrats explained that he wanted these marches in Denver “to happen just because I’ve had enough of African Americans being gunned down in our streets.” The Colorado Peace March on July 16, 2016, is the next planned protest in Denver to address racism and police violence.