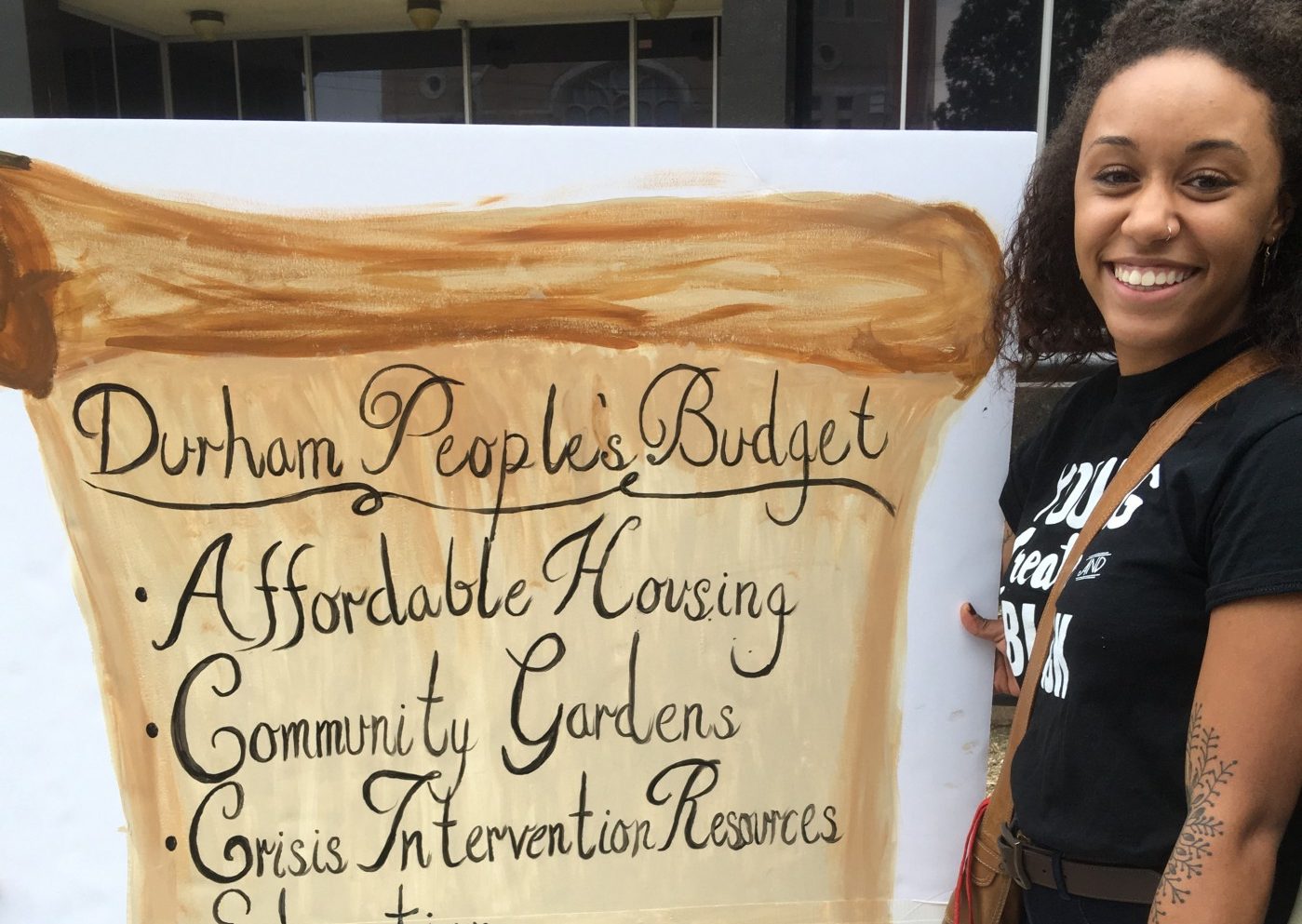 I’ve spent the last two and half years learning and implementing participatory budgeting in New York City, first from within the New York City Council and now as a staff member of Participatory Budgeting Project.

As members of Black Youth Project 100, I and my colleague Maria Hadden have presented on participatory budgeting as a policy for Black self-determination and liberation on various occasions and to varying audiences.

Can you imagine my excitement when, on August 1st, The Movement for Black Lives released a robust policy agenda titled A Vision for Black Lives: Policy Demands for Black Power, Freedom and Justice — and included a bold solution for more community control through participatory budgeting?

Contained in the policy agenda are some things we want to see get done.

The agenda is detailed and lengthy, and there are many points within each section that are worth grappling with. When it comes to #5 — Community Control — Participatory Budgeting (PB) is a vision of how Black communities should operate; a process that ensures Black power, freedom and justice.

What is Participatory Budgeting?

PB is a customizable practice that allows those who are most affected by where money goes to decide how money gets spent.

While many proposals in the report will take years of continued political pressure and organizing to manifest, implementation of PB in our communities can and does happen now.

Participatory Budgeting looks like students in Sullivan High School in Chicago — which has a student population that is 44% Black and 35.7% Hispanic — deciding to spend $25,000 from their school budget on video game systems, tablets, and game tables in their cafeterias. Yes games, because, can we live?

Participatory Budgeting looks like community members in Greensboro, North Carolina, with a local population that is 40.6% Black, deciding to spend $500,000 of the city’s budget on pools and recreation center upgrades, crosswalk upgrades, and bus shelters.

Participatory Budgeting looks like residents of Far Rockaway in New York City — in a city council district where 68% of the residents are Black — deciding to spend $1.2 million of city council funds on smart boards, new computers, a new weight room and electrical upgrades in their schools.

The process is simple.

First, folks propose ideas on how to spend some money, usually a part of a public budget in their communities. Next, they sort through the ideas and develop project proposals. Then, folks vote on the projects they want funded. And lastly, the projects that win go on to get funded and implemented by the city. Real Money. Real Power.

In a report recently released by Public Agenda, research shows that “In nearly all communities, black residents were overrepresented or represented proportionally to the local census among voter survey respondents.” In communities where PB is happening our people are showing up and exercising their voice.

I have witnessed first hand the organizing power of Black people in participatory budgeting. Formerly incarcerated persons, mostly Black men, organize together through a local community based organization and decide how to spend tax dollars in their neighborhoods. Black youth let their neighbors know about the process by knocking on doors, taking the vote to them to build support for projects they’ve proposed for their communities. Not to mention the Black women that show up time and time again and give their time, energy, and love to this practice in their communities.

Through this process, we learn together how the city budget works. I could not have told you how playground equipment, potholes, bus shelters or public access Wi-Fi get paid for before becoming involved in PB.

In New York City, the funds for the PB process come from individual City Council Members’ discretionary funds. Each member has $5 million that they can decide how to spend each year on physical improvements in their district. Those that allow their constituents a say in the matter reserve at least $1 million for communities to vote on. That’s not including the amount of money it takes to support the canvassing, and the phone calling, and the door knocking, and the child-caring and the food buying that make sure Black people and other marginalized groups can show up to begin with. It takes resources (read: money), a lot of thought, constant reflection and evaluation to ensure Participatory Budgeting works for Black people in a city where so much doesn’t. But it can and does work!

City Council funds are just one pot of money that affects Black people and can be used for Participatory Budgeting.

Imagine what our communities and lives would look like if we decided how to spend FEMA funds in areas devastated by natural disasters induced by environmentally unjust policies, like in New York City’s Rockaway and Coney Island Public Housing Developments or New Orleans’ 9th Ward.

Imagine what we could do with Community Development Block Grants, the billions in federal funding for those of us in low income communities. The Department of Housing and Urban Development (HUD) already endorses PB as a tool for deciding how to use these funds and it’s up to us to make sure it happens. These funds often get misdirected from our communities because there isn’t a standard system of participation and community input for deciding how to spend them justly. We can change that.

Imagine if we could decide how to spend even a percentage of our school budgets, our college or university budgets, our Department of Transportation budgets, Public Health budgets, or even Police Department budgets.

Can you imagine how that power would change our lives for the better?

This is why I am proud to be doing the work that I do with Participatory Budgeting Project. The money is out there. We ready, We coming!