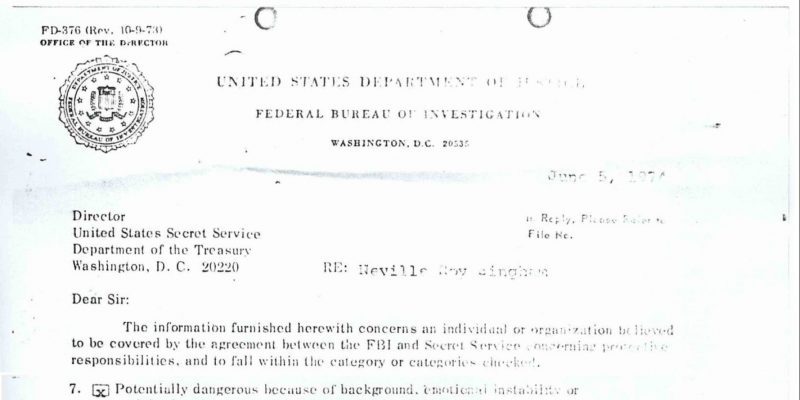 On the Road from Detroit to South Africa.

Roy Singham reminisces about his work with the late General Gordon Baker, Jr. and the League of Revolutionary Black Workers (LRBW) in Detroit and its connections with South African workers. He references Baker’s 1965 powerful response to the draft board, portions of which were recorded by the late Glen Ford in a 2014 reading .

Yesterday was one of the most emotionally rewarding days of my life.

Thanks to the fantastic work of comrade Carolyn Baker, I, for the first time, joined the weekly League Of Revolutionary Black Workers (LRBW) video call.

In 1971, I joined the LRBW, and like all disciplined cadre went to work in the factory on my 18th birthday the following year.

Yesterday, prior to joining the live call, I watched the six hours, at double speed, of the previous three sessions.

I eagerly awaited the call. I was finally able to see comrades I had not seen in forty-five to forty-nine years! I saw comrades, who loved and protected me, and vice versa. I cried when I saw Alan Ray. He fought in Vietnam, became a communist, and trained us in self-defense. Seeing everyone was massively cathartic for me. Eventually, being in the Party center and then on the Central Committee meant I did not break discipline on seeing people who had left; nor did I reach out to people when I left. I have waited to see my leaders and comrades for decades. Unfortunately, I was unable to attend our leader General Baker’s funeral in 2014 as we had planned an event in Berlin.

I saw about forty people on the LRBW video call, who, without a doubt, transformed my life in the deepest ways possible. Despite the physical distance, and, in some cases, the inability to communicate, we have always been unbelievably close. When we were together in Detroit, we all knew that we were only moments away from being arrested or shot. Back then, we studied together ferociously; we had daily, intense self-criticism sessions.

After the formal two-hour session, there were about ten of us (mostly younger than the rest) who stayed on to cherish the moment.

Manning Marable and Robin Kelley are correct. The prequel to the LRBW, Uhuru, and the LRBW remain the most important black radical development in US history. I’ll have more on that in a future note.

In 1964, four of the Uhuru leaders went to Cuba for a few months. There they met with many international revolutionaries, including the National Liberation Front (NLF) of Vietnam.

It was not accidental that Michigan became the cauldron in the U.S. It was converted, in WWII, into the greatest war manufacturing wonder of the world.

In the 1950’s and 1960’s, it became a juxtaposition of highly educated workers for the most advanced productive forces on the planet, but developed within the unresolved, deeply violent, four hundred year-long colonial and racist architecture of the US. It was externally influenced by the period of the explosion of national liberation socialism that began with the Chinese revolution and was punctuated by the defeat of the US empire by the Korean and Chinese revolutions and at great costs to their peoples. The 1950s were capped off by the historic 1959 victory in Cuba, whose significance reverberates to this day in all of our lives.

Many of the most significant and radical intellectual and revolutionary formations of the US were born between the years 1959 to 1967. Students for a Democratic Society (SDS) was formed in Ann Arbor in 1960. The League of Revolutionary Black Workers and General Baker, however, remain, to this day the real fulcrum and  most important revolutionary group, uniting a uniquely Black and proletarian tradition.

On September 10th, 1965, General Baker penned and delivered his brilliant letter to the draft board challenging their right to draft him into fighting in the US war of aggression against Vietnam. It concluded with:

What was so remarkable was the emergence of such a great proletarian, organic, intellectual tradition with relatively little formal influence from traditional communist forces. There were some. But they were not decisive.

To Irvin and S’bu, to all my comrades in Africa:

I deeply wish that you could have met General Baker.

He had become a Leninist by 1962 and had decided on how to support a working class led transformation of society. I vividly remember him explaining why he had sent me to the Eldon Avenue Gear and Axle factory.

He said that we could shut down the capitalists. He explained why the Dodge Revolutionary Union Movement (DRUM) demanded equal wages for South African auto workers.

Years later, my dreams came true and I have been lucky enough to meet them in person. One late night, I came to learn that in the 1990’s, the great Chris Hani, the assassinated General Secretary of the South African Communist Party [SACP], who was born nearly the same year as General, had selected Irvin Jim, today the General Secretary of NUMSA, South Africa’s largest Union, along with Fieldmore Mapeto and others, to create the first industrial cell of the SACP in the tire factory of Port Elizabeth.

Many years earlier, Fieldmore had become a political commissar in Umkhonto weSizwe (MK), the armed wing of the ANC. He was shot in the head but Cuban doctors in Angola saved his life. They had to leave fragments of the bullet in his head yet he continued to fight and organize for many years.

In 2017, a year before Fieldmore died, I told him what an emotional moment it had been for me to bring him greetings from General Baker and the rest of us. A year later, I was able to speak at Fieldmore’s memorial. It allowed me to privately say goodbye to General.

I have personally dedicated today to the memory of General Baker, Chris Hani and Fieldmore Mapeto and to the fearless generation of Marian Kramer, Gracie Wooten, Theresa Scott, and countless others.

I have added a few pictures to complement the trajectory from Cuba in 1964, to my meeting with Nkrumah’s eldest son, to Wamba dia Wamba (a brilliant comrade, imprisoned in DRC and who has also recently passed away), to our beloved Eddie Conway, former Black Panther who spent forty-three years in the torturous prisons of the US, to Carolyn, who represents our future. 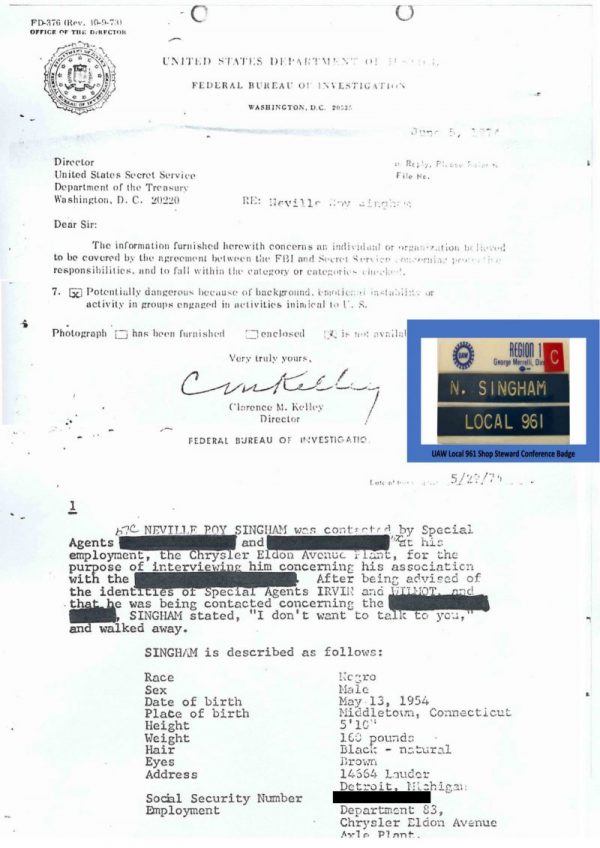