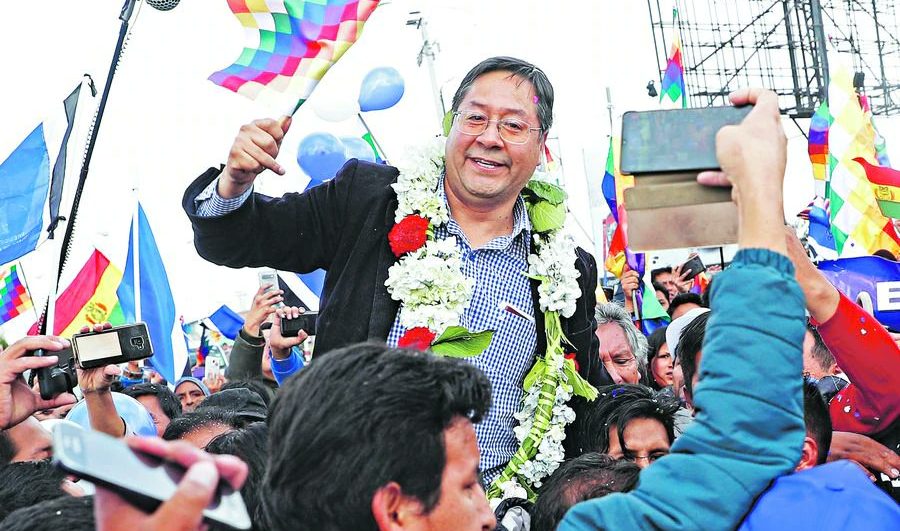 Bolivia: Añez Wants To Jail The Favored Candidate In The Coming Elections

Bolivia’s de facto president, Jeanine Añez, is losing more and more of her mask obscuring democracy that, with the complicity of the United States and the European Union, she had to put on to justify the violent overthrow of Evo Morales in November of last year.

Now, in a fragrant demonstration that in Bolivia there are no constitutional guarantees and that persecution is the rule of order, a coup is being prepared against the presidential candidate of the Movement Toward Socialism (MAS), Luis Arce Catacora.

In a confirmation of the validity of the lawfare method (judicial war) against popular leaders, the legal form of this anti-democratic political decision is the criminal complaint filed this Tuesday before the Public Prosecutor’s Office against Arce for the alleged economic damage he caused to the State by setting up the Gestora Publica for the administration of workers’ social contributions.

This is not the first time that a position of aggression has been assumed against the MAS candidate since he returned to Bolivia after a brief stay in Mexico. On the same day of his arrival in La Paz on January 28, at the El Alto airport, he was given a summons to testify in the case of the Indigenous Fund. This Tuesday the action is more convoluted at a time when Morales’ former economy minister is leading the entire field of candidates for president in the upcoming elections scheduled for September 6.

Anez’s action is not, however, a surprise. The de facto government is doing everything in its power to extend its illegal takeover last November 12, 2019, after a meeting between the ambassadors of the European Union, Leon del Torre, and Brazil, Octávio Henrique Dias García Côrtes, and other political and civic organizations celebrated at the Bolivian Catholic University (UCB) facilities to give some legitimacy to the coup. It was not surprising that a few hours later the governments of the United States and Brazil recognized the de facto president.

The most supportive weapon for the extensionist aspirations of Añez and her collaborators is the coronavirus epidemic, whose expansion until now has not been able to be controlled due to the absence of any coherent government plan and the enormous deficit of respirators and biosecurity material, amid allegations of corruption in the purchase of this vital equipment.

The reaction of Arce and MAS and the measures he will take in legal terms are not yet known, but social organizations have already been preparing to resist the intention of the de facto government to ban MAS from participating in the elections.

The government’s repressive policy has not changed one iota since the coup d’état and it is likely that the mounting of “false positives” will continue to rise to justify a new wave of violence. What has changed is the social willingness, mainly of the social organizations, which are in a stage of re-composition and becoming increasingly cohesive, to demand the general elections be held as scheduled.