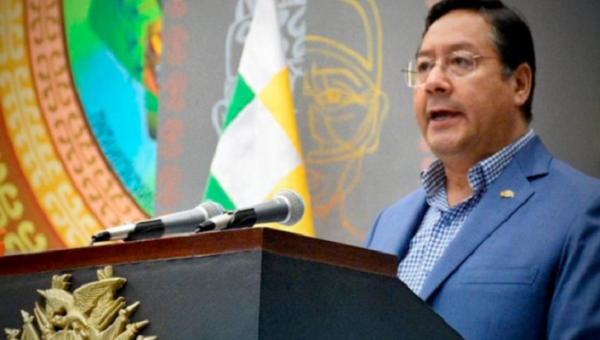 Other Latin American Leaders Do Not Feel Good About The Upcoming Summit Either, Because Not All The Countries Are Invited.

The Presidents of #Bolivia and #Honduras have joined #Mexico and the Caribbean bloc #Caricom in saying they will not attend the #SummitoftheAmericas in Los Angeles if the #Biden regime keeps trying to exclude #Cuba, #Venezuela and #Nicaragua pic.twitter.com/R9Ft0lDa81

Bolivia’s President Luis Arce warned that he will not attend the next Summit of the Americas if the United States excludes Cuba, Nicaragua, and Venezuela.

“Bolivia bases its international relations on the diplomacy of the peoples, with inclusion, solidarity, complementarity, respect for sovereignty, self-determination, and collective construction of a culture of dialogue and peace,” he added.

In the past week, President Joe Biden’s administration confirmed that he would not invite Cuba, Nicaragua and Venezuela because these countries “do not respect” democracy.

This announcement raised strong criticism among Latin American and Caribbean countries, many of which have also questioned the exclusionary nature of the Summit of the Americas to be held in California.

On Wednesday, for instance, Mexico’s President Andres Manuel Lopez Obrador (AMLO) stated that he and other Latin American leaders “are not happy” with the upcoming Summit of the Americas because not all the countries are invited.

During a visit to Bolivia last week, Venezuelan Foreign Affairs Minister Felix Plasencia also joined the rejection of the U.S. claim to unilaterally decide which countries belong or do not belong to the American continent.