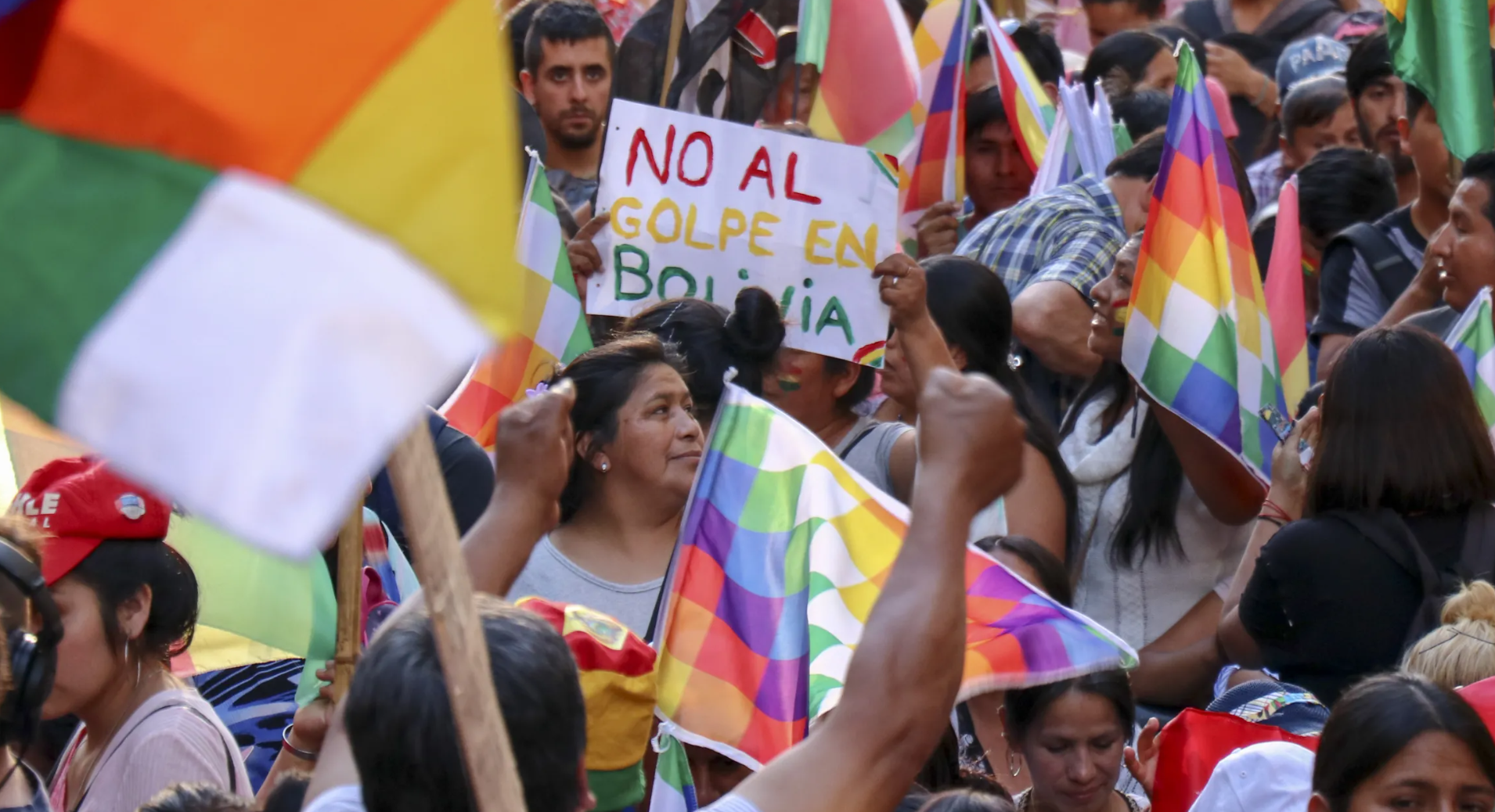 Across Latin America, the left is leading the fight to protect and maintain the social progress made during the first ‘pink tide’.

One of the clearest examples of this can be found in contemporary Bolivia.

Since the re-election of the Movement Towards Socialism (MAS) government in 2020, led by former economic minister Luis Arce, the Bolivian government has ensured that the social progress initiated by Evo Morales’ government continues across all sections of society.

These progressive steps can be seen in a range of measurers: the introduction of progressive and pluralistic economic policies, the implementation of bold education policies centred around improving access to education for every community in response to the COVID-19 pandemic, the initiation of partnerships with fellow progressive governments across Latin America and leading the fight to bring justice to those who have previously been victimised by the Bolivian ruling class.

Following the illegal assumption of power by Jeanine Añez and the right-wing opposition, the de facto coup government adopted a series of neoliberal economic policies centred around the ideal of “Export or Die” and the adoption of an International Monetary Fund loan. It has since emerged that these economic policies left Bolivia with a fiscal deficit of 12.7% and the loss of US$4 billion which led the government to pause over 5,000 publicly funded projects and precipitated a collapse in the Bolivian public sector.

It is within this stark economic context that the Arce-led MAS government came to power. It has been successful in creating a pluralistic and community-based economy which Arce describes as having “room for all: the private sector, cooperatives, the communitarian sector which we emphasised with the indigenous peoples… but we must note the vanguard is the state itself as the state is the only actor that believes in the whole country growing and developing to raise the living standards of the people.”

These policies have led to a reduction in urban unemployment from 8.1% in March 2021 to 5.3% in March 2022 which has in turn led to a 13.7% drop in the number of adults living in moderate poverty. As well as drastically improving the cost of living for thousands of Bolivians, the economic policies pursued by Arce and the MAS government have worked in conjunction with the COB (Bolivian Workers’ Centre, akin to the British TUC) to raise the national minimum wage by 4%.

Alongside prioritising the radical restructuring of the nation’s economy, the Arce-led MAS government sought to regain the educational progress previously made, despite the complete shutdown of the Bolivian education system throughout the Añez government’s time in office.

In order to ensure the continuation of the social progress made by the Morales governments, the MAS government have sought to examine global educational systems in order to identify structural reforms and initiatives to increase educational outputs from the entire Bolivian population.

These examinations have led the government to propose a targeted scheme to recruit local community leaders to become temporary or permanent teachers within the most isolated communities, to increase literacy and educational outputs from Indigenous women in particular. Allied to this are plans to eradicate top-down neoliberal aid programmes, favouring instead the introduction of genuinely community-based schools, and to develop collaborative system between parents and school staff to aid in improving educational progress for all students.

As well as this focus on maintaining the high levels of social progress which defined the Morales governments’ domestic policies, the Arce-led MAS government has sought to reorient Bolivia’s international relations, away from the coup government’s orientation towards Washington and in favour of governments which fight for social progress and in defence of the people.

Arce argues that under his government, “Bolivia bases its international relations on the diplomacy of the peoples, with inclusion, solidarity, complementarity, respect for sovereignty, self-determination, and collective construction of a culture of dialogue and peace.”

This reorientation has seen Bolivia enter into agreements with fellow progressive Latin American nations including AMLO’s Mexico [Andrés Manuel López Obrador, President of Mexico], which has seen the two nations sign an ambitious agreement to form a joint public enterprise for lithium industrialisation. The government has also agreed to participate in cooperation arrangements in the commercial, tourism, energy and consular sectors with Venezuela, as well as committing to further integration with Argentina and standing in solidarity with the governments of Cuba, Nicaragua and Venezuela which had been excluded from the Summit of the Americas in May 2022.

However, the Arce government’s progressive policies are not limited to its domestic and foreign policies. The striving to maintain the social progress made by the Morales governments can also be seen in the MAS government’s fight for justice for all those who have been oppressed both by the military dictatorships of the late twentieth century and those subjected to horrendous crimes under the coup government.

The Bolivian Senate recently passed the Exceptional Compensation Bill which calls for the establishment of a budget of over US$14.3 million for economic reparations for those affected by crimes in the years of the military dictatorships. The Minister for Justice, Ivan Lima, celebrated this measure by stating: “We are advancing in the process of integral reparation to those who suffered massacres and serious human rights violations during the de facto governments”.

As well as empowering those communities that have faced historic crimes under such governments, the MAS-led government has strengthened the mechanisms to protect women and children in contemporary Bolivia from the crimes of femicide and infanticide.

The MAS-led government strengthened these protections while declaring 2022 to be the Year of the Cultural Revolution for De-patriarchalisation in Bolivia due to the high number of crimes committed against women across every community which it argues is a legacy of the decades of colonialism within their country.

It is clear that the progressive left forces in Bolivia, led by Luis Arce and the MAS party are at the forefront of the fight to protect the social progress made by the first ‘pink tide’.