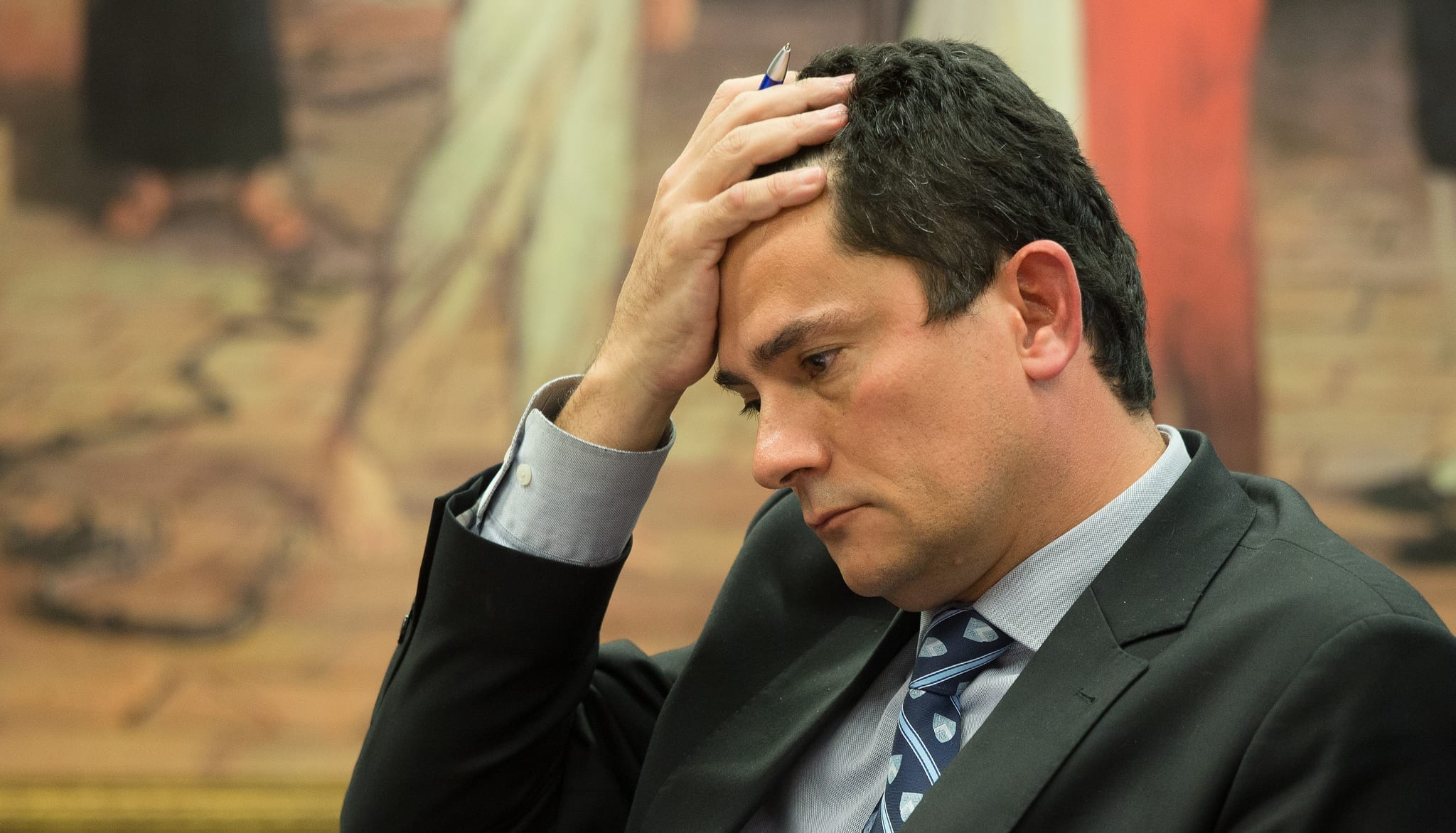 Above photo: Brasília- DF 30-03-2017 Judge Sergio Moro during testimony in the reform commission of the Code of Criminal Procedure. Lula Marques / Agência PT

The story released last Sunday by The Intercept Brazil about the Operation Lava Jato (or Car Wash) resulted in collateral effects at different levels in Brazil, including the legal field. Four members of the National Council of the Public Prosecution requested the National Corregidor of that organ to open an investigation about the facts disclosed by the reports.

The case denounced by the website deals with the existence of an alliance between current Justice Minister Sergio Moro and the Lava Jato coordinator, Prosecutor Deltan Dallagnol, for a legal-political action against ex-president Luis Inacio Lula Da Silva prior his arrest, when Mr. Moro was a federal judge and was involved in prosecutions related to the operation.

“If messages are true and the allegations suggested by the report are correct, regardless of the questionable way they were obtained, proceedings from the Council is imperative,” reads a document sent to the National Corregidor and signed by councilors Erick Venancio, Leonardo Accioly, Gustavo Rocha and Luis Fernando Bandeira de Mello.

The councilors stated that without falling into preliminary verdicts, it is worth an investigation about an eventual functional offense particularly with regards to a violation of the principles of justice, of independence, and impartiality.

The case also stirred reactions from other law experts, among them professor Carol Proner, from the Rio de Janeiro Federal University and a member of the Brazilian Bar Association for Democracy, who expressed her concern by the news.

“I understand there were irregularities in the process and actions on behalf of Judge Moro but this disclosure is just overwhelming. The disclosure of those talks makes us feel very angry. It’s a historic case which proves functional corruption in the Judicial Branch through its representative, who appointed himself as the one who would bring justice against corruption,” said the lawyer at an interview with the Free Lula Network.

From a legal point of view, professor Proner stressed that Moro’s behavior infringes the guidelines of a judges’ functional performance and that the information released by the Intercept goes beyond Lula’s case.

“This is completely illegal. This violates the principle of impartiality foreseen in the 1988 Constitution, which reads that the judge must carry out an impartial analysis of the evidence, of allegations filed by plaintiff and defendant, with no interest in the results. Our prosecution system obviously, compulsorily, separates the figures of plaintiff and judge. Thus, it’s not only the case of ex-president Lula who is compromised with this disclosure but any process related to the Lava Jato Operation,” she stressed, adding that all processes related to that operation are able to endure annulment in the face of these denounces.

The case was also condemned by agencies of experts in law. In an official statement about the scandal, the Brazilian Bar Association said Moro’s performance “really damages the Magistrate’s Political Charter and Code of Ethics.”

“These events are really serious and they prove not only ethical and moral misconduct, but they are also evidence that a crime has been committed, a strict and serious investigation must be demanded about the action of the Legislative and Judicial branches. The actions undertaken to try to influence the national elections, intervening to prevent an interview to ex-president Lula, for instance, prove an unequivocal political action to favor private interests of certain groups. The data has elements that may cause the nullity of an investigation that has already lasted five years,” reads the statement, adding that they will pursue answers from the corresponding agencies.

The Brazilian Association of Judges for Democracy and the Latin American Association of Labor Judges demanded that all Lava Jato proceedings be declared nonexistent, including those for which Lula was convicted, affirming that article 254 of the Penal Code and the Constitution had been violated.

“We cannot talk about democracy unless there is an independent, impartial Judicial branch, committed to enforce human rights and constitutional guarantees, especially regarding lawsuits and the presumption of innocence, to carry out fair trials for anyone, without any discrimination or bias, without privileges ordered by hidden codes and without the influence of political ideologies or preferences and personal beliefs,” read a joint statement.

Finally, arguing that Minister Sergio Moro did not deny the facts in his public comments, therefore these institutions are demanding the release of ex-president Lula and other possible victims of the collusion between Moro and the Lava Jato attorneys.

In an article released last Sunday, Minister Sergio Moro lamented what he called the “lack of indication of the source who was responsible for the criminal invasion of the prosecutors’ cell phones.”

“Also the stance assumed by the website, which did not contact (those involved) before releasing it, contrary to a basic rule of journalism. Regarding the content of the messages in which I’m quoted, there is no sign of any abnormality or providing directions as a magistrate, despite being taken out of context and the sensationalism of the topics, which ignore the giant scheme of corruption revealed by the Lava Jato Operation.”

The Lava Jato team in Parana also issued an official statement after the report was released. The task force highlighted that “a criminal attack” was launched against the operation by means of a hacker who had access to cell phones and apps that belonged to the prosecutors, also having access to a copy of the messages and files exchanged among them.

Concerning the content of the Intercept leak, they mentioned a “sordid performance on behalf of those who come to take advantage of the hacker to worsen the events, presenting events out of context and falsifying all or part of the information.”

They also stressed that “discussions in group about several issues, some of them complex, in parallel with personal meetings for context,” is common among prosecutors.

“Several of the members of the task force of prosecutors are close friends and, in that context, confessions and jokes are common. Many of the talks, without the proper context, may lead to wrong interpretations. The task force deeply regrets the discomfort caused to those who may feel affected by this,” adds Moro’s team, criticizing that they were not reached to give explanations before the material was published.

In a text published in its website, the Intercept Brazil editors said that messages and files included in the three reports about the issue were sent to the media outlet by an anonymous source.

According to the news outlet, “The Intercept’s only role in obtaining these materials was to receive them from our source, who contacted us many weeks ago (long before the recently alleged hacking of Moro’s telephone) and informed us that they had already obtained the full set of materials and were eager to provide them to journalists.”

The team also informed that they did not seek comment from the prosecutors and others mentioned in these stories prior to publication to prevent them from trying to stop this reporting from seeing the light of day and “because the documents speak for themselves.”

“We contacted them immediately upon publication and will be updating the stories with their comments if and when they provide them. Given the immense power wielded by these actors, and the secrecy under which they have — until now — been able to operate.  Transparency is crucial for Brazil and the international community to have a clear understanding of what they have really done. A free press exists to shine a light on what the most powerful figures in society do in the dark,” they stated.