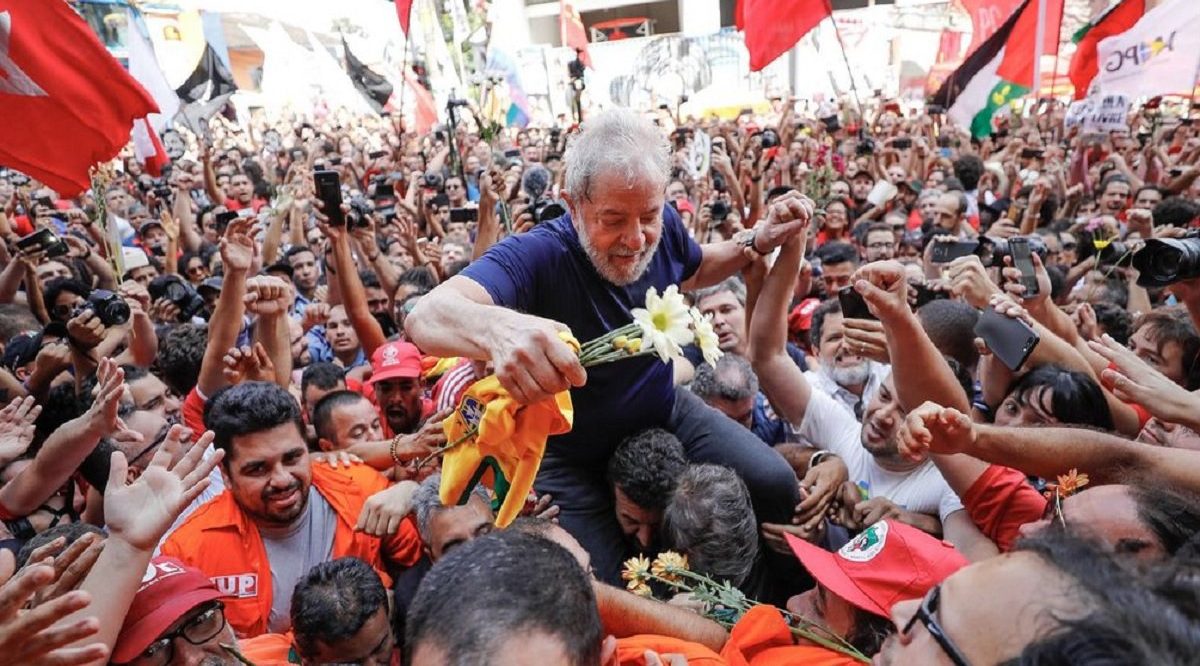 Brazil’s Presidential Election Goes To A Second Round

The  results of the first round of the presidential election in Brazil are coming and without a doubt  it is the most anticipated news in Brazil, Latin America and the world too for that matter.  Eleven candidates ran, but as everyone knew it was really a battle between the former president Luiz Inácio Lula da Silva and the current president Jair Bolsonaro.

The pre-election atmosphere was very tense including several attacks on Lula’s campaign organizers this past week reflecting the extreme level of politicization and polarization of Brazilian society at this moment. And in the background is Bolsonaro’s threats of a possible coup d’état if he lost in the first round, that also contributed to the growing tension.

Most pollsters had Lula as a comfortable favorite over Bolsonaro partially because of the disastrous management of the ultra-right leader a fact that favored his main opponent. However, it was not enough to make him lose the election in the first round. According to most pollsters, Lula was predicted to win the first round by up to 10 point  advantage, but the reality has been a little different.

At the closing of this article, not all polling stations have been counted yet, although the Supreme Electoral Tribunal has already announced the results are irreversible, with over 98% of the polling stations counted. As it stands now, (11pm Brazil time) Lula has 48% of the vote and Bolsonaro has 43%, with the other candidates sharing the remaining 9%. To win in the first round Lula needed to reach 50% showing that those assorted other candidates did not receive a significant number of votes but they siphoned off enough to ensure a second round and save Bolsonaro’s defeat today.

The electoral authorities have already set the date for runoff between Lula and Bolosonaro that will take place on October 30. Although Lula’s advantage of over 5 million votes is not negligible in a country of over 215 million people, the result of this first round makes it clear that the right wing cannot be underestimated. It is a very militant and organized force backed by international finance capital, the media and a strong evangelical base.  Some researchers say, the right tends to take advantage of mandatory vote systems, like in Brazil or the Referendum in Chile, just to mention recent examples.

This result has surprised many, but the most observant analysts foresaw such a scenario. They were clear that Bolsonaro’s electoral base was mobilized and numerous, so the battle would be pitched in this first round. Despite this, Lula remains the most popular candidate in Brazil, with a political strength unmatched so far. But in the second rounds of Latin America the script is thrown out the window because of all the variables that come into play.

Lula’s victory in the runoff will depend on two elements, the alliances he may be able to foster with some of the already excluded minor candidates, and a bigger mobilization of the Workers Party (PT) base to gear their efforts to  those who did not vote, since about 20% of the population did not go to the polls. Nothing can be taken for granted in this short amount of time.

As for Bolsonaro, the right wing forces are undoubtedly buoyed by the unexpected results and could gain strength especially because in the the legislature, the ultra-right forces gained seats, as well as some important governorship’s such as the one in Sao Paulo, the largest city in Brazil.

The next month will be one of intense campaigning for both candidates and with so much at stake, including the saving of the Amazon Jungle and River Basin from destruction, the region will be watching closely as will be the world.