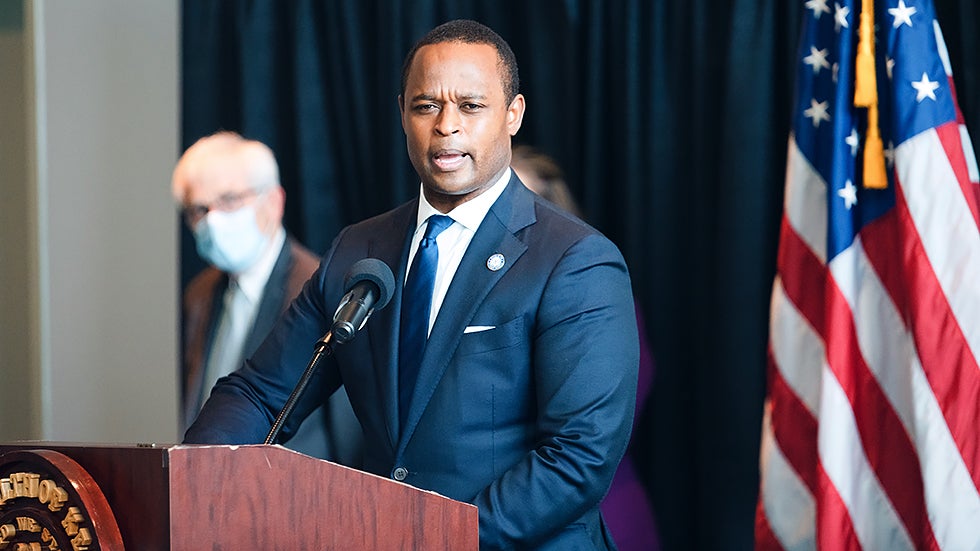 Three grand jurors from the investigation into the police raid that killed 26-year-old Breonna Taylor are now calling for Kentucky Attorney General Daniel Cameron (R) to be impeached over allegations that he mishandled the case.

The jurors on Friday filed a petition with the state House of Representatives, arguing that Cameron breached the public’s trust and also misrepresented key grand jury findings, according to the Louisville Courier Journal, which first reported the complaint.

A press release from the attorney representing the grand jurors, who remained anonymous to protect their identities, said of the jurors, “it is truly a testament to the Kentucky Constitution that they are able to be here today and to expose injustice and demand public accountability.”

Attorney Kevin Glogower added, “I am honored and humbled to serve them.”

“The Grand Jurors did not choose this battle,” Glogower said. “This battle chose them. These are randomly selected citizens who were compelled to sit on a grand jury and were terribly misused by the most powerful law enforcement official in Kentucky.”

According to Louisville, Ky., public radio station WFPL, Friday’s petition states, “Attorney General Cameron deceived the American people and the citizens of this Commonwealth with regard to his office’s handling and involvement in the Breonna Taylor investigation and the resulting legal actions.”

The petition also reportedly claims that Cameron improperly used public funds by joining a lawsuit against Pennsylvania’s 2020 election results, and also supported unlawful actions as a member of the National Association of Attorneys General’s executive committee, which helped fund robocalls telling people to participate in the Jan. 6 pro-Trump march on the Capitol.

Cameron’s office did not immediately respond to The Hill’s request for comment on the impeachment petition.

The grand jury had investigated Louisville police’s execution of a no-knock search warrant at Taylor’s apartment in March 2020, during which several shots were fired, some of which hit and killed Taylor.

Cameron announced in September that the grand jury only levied three charges of wanton endangerment against one of the officers, with none of the officers faced with charges specifically related to Taylor’s death.

Since the grand jury ruling, however, multiple jurors in the case have come forward saying their findings were misrepresented.

In a press conference, Cameron had claimed there were six possible homicide charges brought before the grand jury in their investigation. But multiple grand jurors have claimed they weren’t given the opportunity to deliberate on additional charges outside of the counts of wanton endangerment.

Attorney Ben Crump, who is representing Taylor’s family and previously called the grand jury’s September decision “outrageous and offensive,” said in a statement shared with The Hill Friday that the impeachment petition from the grand jurors “is an extremely courageous and admirable action.”

“They should be applauded for taking a valiant stand for justice and transparency within our institutions, along with reclaiming their voices that AG Cameron attempted to stifle during the grand jury proceedings,” said the statement from Crump, along with co-counsels Sam Aguiar and Lonita Baker.

The attorneys argue that Cameron “placed an impossible burden on these citizens when he skewed the circumstances of Bre’s death and failed to present the possibility of homicide charges.”

“We hope at the very least, this sends the message that no one has the right to take the law into their own hands and manipulate our processes for their own devious purposes,” they added.

The petition to impeach Cameron comes amid similar actions against other Kentucky public officials in recent weeks.

Four citizens of the state have called on the state House of Representatives to impeach Democratic Gov. Andy Beshear for executive actions implemented to respond to the coronavirus pandemic, with another against state Rep. Robert Goforth (R) for an incident in which he allegedly attempted to strangle a woman, according to The Associated Press. The case on the alleged assault is pending, and Goforth has pleaded not guilty.