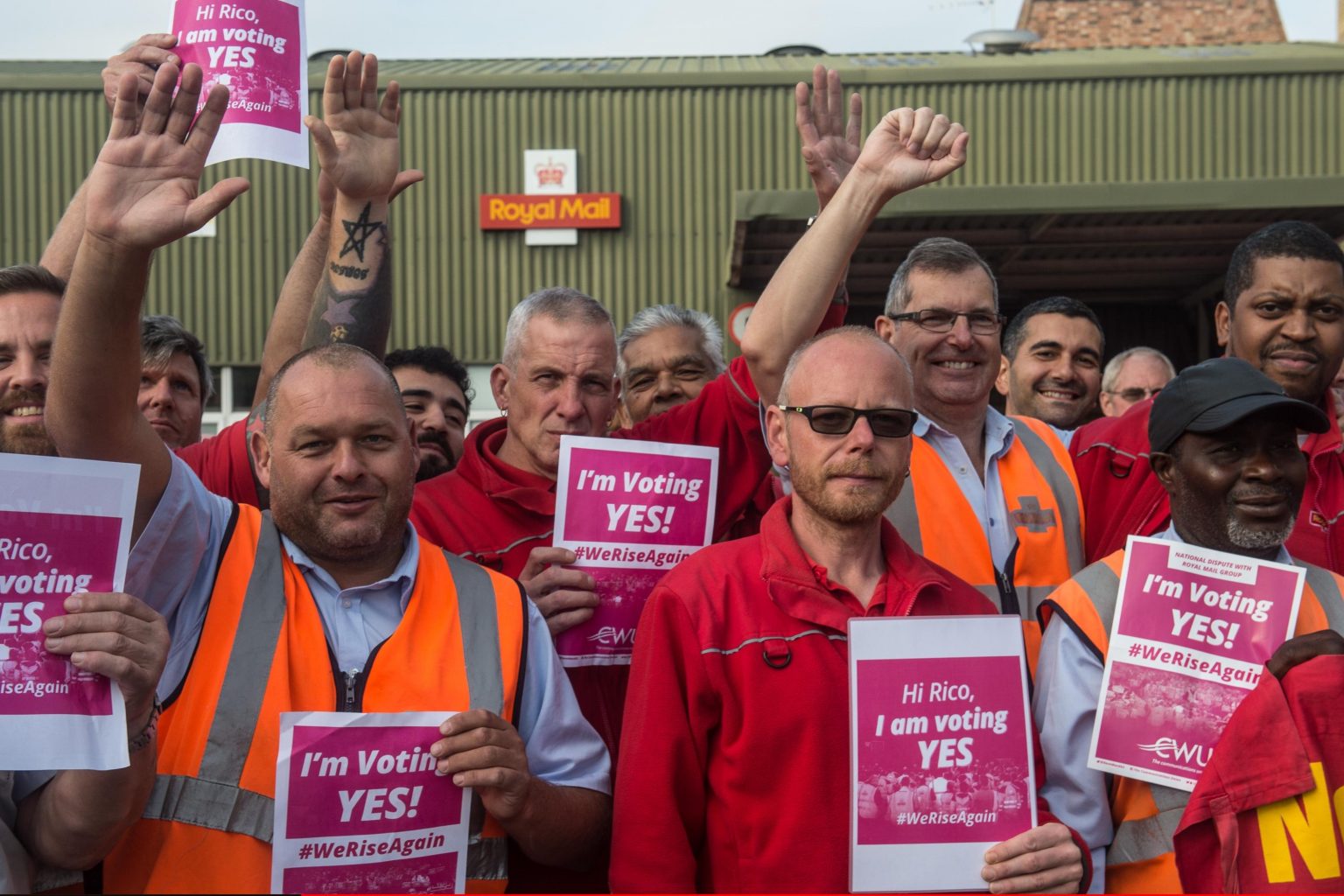 The union representing postal workers in Britain has announced four days of strikes in the coming weeks — the first such labor action since 2009.

On Tuesday, August 9, Communications Workers Union (CWU) in Britain, which represents Royal Mail postal workers, announced four days of strike action aimed at obtaining a wage increase in line with inflation. The strikes are scheduled for August 26 and 31 and September 8 and 9.

The strike authorization came when 77 percent of the union’s 115,000 members turned out to vote on July 19 — following a procedure required under British law for union’s wishing to strike — and approved the measure with a 96.7-percent “yes” vote. The upcoming action is anticipated to be the most massive strike in Britain this summer.

At the time of the vote, Royal Mail management had sought to impose a 2-percent wage increase, which the union characterized as a pay cut in real terms, that would lead to a “dramatic reduction in the standard of living for workers.

Negotiations continued after the vote, with the strike approval as a backdrop. Union general-secretary Dave Ward warned then that he would give the company another chance to return to the bargaining table, but that if an agreement could not be reached, the CWU would notify Royal Mail of strikes that would be scheduled for August.

Ricky McAulay, Royal Mail’s chief operating officer, said, “Despite nearly three months of talks, the CWU have not engaged in any meaningful discussion on the changes we need to make to adapt. … We offered a deal worth up to 5.5 percent for CWU grade colleagues, the biggest increase we have offered for many years, which the CWU rejected. We can only fund this offer by making the changes that will pay for it and ensure Royal Mail can grow and remain competitive in a fast-moving industry.”

The bosses’ proposal is well below inflation in Britain, which recent estimates put at 13 percent. Anger grew louder following the recent announcement that the privatized Royal Mail had turned a huge profit of £758 million (about $925 million) and paid £400 million (about $500 million) to its shareholders and executives.

The CWU denounced this on Twitter: “On the very same day we announce the first national postal strike since 2009, and Royal Mail pleads poverty over pay, they have only gone and handed 72,000 shares to the chief financial officer — the guy saying there’s no more posties. Morally bankrupt.”

In the negotiations, the company is trying to make wage recomposition conditional on staff reductions and extended working hours.1 Inequality is growing in Britain, with the Office for National Statistics reporting in June that inflation had hit a 40-year high at 9.1 percent.

The dynamics of the current situation, and the willingness of workers to fight for their rights, brings to mind the infamous “winter of discontent” of 1978-79, when there were widespread strikes in the United Kingdom in response to the then Labour Party government’s attempt to impose a 5-percent wage ceiling during a period of high inflation.