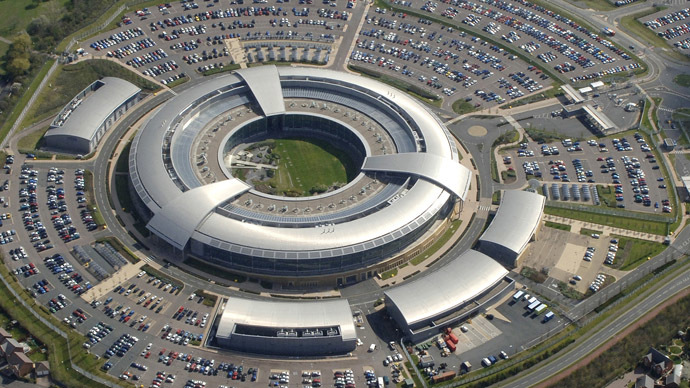 The British spy agency GCHQ has access to the global network of communications, storing calls, Facebook posts and internet histories – and shares this data with the NSA, Edward Snowden has revealed to the Guardian in a new leak.

GCHQ’s network of cables is able to process massive quantities of information from both specific targets and completely innocent people, including recording phone calls and reading email messages, it was revealed on Friday.

“It’s not just a US problem. The UK has a huge dog in this fight,” Snowden told the Guardian. “They [GCHQ] are worse than the US.” The Government Communications Headquarters agency has two different programs, aimed at carrying out this online and telephone monitoring – categorized under ‘Mastering the Internet’ and ‘Global Telecoms Exploitation.’ Both have been conducted in the absence of any public knowledge, reports the Guardian.

“If you remember, even the NSA said that they did not record phone calls, but according to these latest revelations by Edward Snowden, that up to ‘600 million’ telephone events last year were recorded a day by the GCHQ,” said RT’s Tesa Arcilla from London.

“There’s no doubt as to what the objectives of these programs were, having put them in place,” she said, emphasizing the titles.

The agency is able to store the volumes of data it amasses from fiber-optic cables for up to 30 days in an operation codenamed Tempora. The practice has been going on for around 18 months.

GCHQ which was handling 600m telephone ‘events’ a day, according to the documents, had tapped into over 200 fiber-optic cables and had the capacity to analyze data from over 46 of them at a time.

The cables used by GCHQ can carry data at 10 gigabits per second, which in theory, means they could deliver up to 21 petabytes of information per day. The program is continuing to develop on a daily basis with the agency aiming to expand to the point it is able to process terabits (thousands of gigabits) of data at once.

By May last year, some 300 GCHQ-assigned analysts and 250 from the NSA had been specially allocated large quantities of data to trawl through as a result of the operations.

The Guardian reports that 850,000 NSA and outside contractors had potential access to the databases. However, the paper does not explain how it came to such an enormous figure

“These revelations reveal the scale of and the scope of cooperation between UK and US intelligence services,” said RT’s Gayane Chichakyan from Washington. “From these revelations we learned how dramatically it has expanded over the years.”

“The document shows the FISA court lets the NSA use data snagged ‘inadvertently.’ They basically give a warrant to target suspects,” she said, recalling Lieutenant General Keith Alexander’s quote after a 2008 visit to the Menwith RAF base in England: “Why can’t we collect all the signals all the time? Sounds like a good summer project for Menwith,” he had said.

The GCHQ project was first trialed in 2008. The intelligence organization has been labeled an ‘intelligence superpower’ on account of its technical capabilities, which by 2010 gave it the strongest access to internet communications out of the ‘Five Eyes’ – an international intelligence sharing  alliance, including Australia, Canada, New Zealand, the UK and US, brought into existence in 1946.

RAF Menwith Hill base, which provides communications and intelligence support services to the United Kingdom and the U.S. is pictured near Harrogate, northern England (Reuters / Nigel Roddis)

The mass-surveillance has seen the interception of data from transatlantic cables that also carry data to western Europe through ‘intercept partners’ commercial companies that had entered into private agreements with GCHQ. Many have been paid off for their cooperation.

GCHQ feared that exposure of the names of the companies involved could lead to “high-level political fallout,” and took measures to ensure names were kept secret. Warrants had reportedly been issued to compel the companies to cooperate so that GCHQ could engage in spying through them.

“They have no choice,” said a Guardian intelligence source.

Snowden previously warned that he would be releasing further information pertaining to mass security operations carried out on the unwary public, stating in a previous  Q & A with the Guardian that the“truth is coming, and it cannot be stopped.”