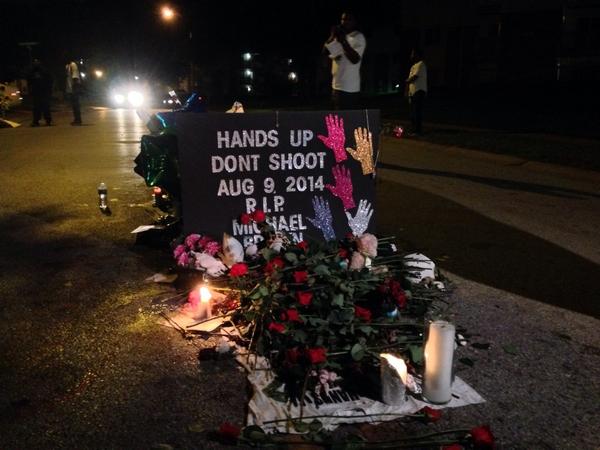 Brown Family Should Seek Justice, Not Wait For More Injustice

Further, the make-up of the grand jury which comes from St. Louis County (not the city of St. Louis) where Ferguson is located is heavily dominated by whites as it represents the make-up of the county which is 70% white and 23% African American. In the specific grand jury investigating the killing of Michael Brown the jurors were selected by Missouri Circuit Judge Carolyn Whittington (the prosecutor does not select the jurors), there are 9 whites on the jury and 3 blacks; 7 are men 5 are women. It takes 9 jurors to agree to indict the police officer. A majority decision is not required. The racial make-up is particularly important since the views of white and blacks on this incident are radically different.

There has been a lot of reporting on concerns about the prosecutor for St. Louis County. A local bar association, the Mound City Bar Association of St. Louis has called on Robert McCulloch to recuse himself. Mount City Bar President Kendra Howard said in a press release:

“The community is gravely concerned about the lack of transparency and lack of candor that St. Louis County Prosecutor Bob McCulloch has openly displayed about the way in which this case should be handled. Mr. McCulloch has shown that he is emotionally invested in protecting law enforcement, and therefore should immediately step aside and allow the Justice Department to investigate the death of Michael Brown. The only way we can ensure trust is for the Justice Department to take over the investigation. Whatever investigation has been conducted is not transparent as no details of the shooting have been released. The only information released has been irrelevant and aggravated a tense situation, thereby violating the public trust that the community has a right to rely on.”

Governor Jay Nixon refused to remove County Prosecuting Attorney Robert McCulloch from the case and the prosecutor announced he will not recuse himself.  McCulloch has appointed two attorneys to handle the grand jury who will be reporting to him.

“McCulloch is from a family with deep roots in police culture, including his father, a police officer who was killed in the line of duty by an African-American suspect. In both his prosecutorial decisions and public comments, critics say, he has shown a clear bias toward police in cases where officers’ actions are in question.”

Missouri state Sen. Jamilah Nasheed, D-St. Louis, who has led an online petition drive that has gathered 70,000 signatures demanding McCulloch’s removal told CNN: “He doesn’t have the fortitude to do the right thing when it comes to prosecuting police officers. His cousin is a police officer. His mother works for the police department. His uncle is a police officer, and, again, we think that his judgment will be clogged as a result of all of those occurrences.”

The grand jury process is important to understand to realize how much control the prosecutor has over the outcome.  The grand jury orchestrated by the prosecutor who dominates the room. There is no judge, no bailiff and no attorney for the target or victim of the crime in the room.  The only other person who will be in the room is a witness who is providing testimony. While grand juries have the power to call witnesses or question them, they rarely do so.  The prosecutor decides what evidence to put before the grand jury.  In Missouri, the witnesses are usually police officers who read a summary of the witness report, as hearsay is admissible, rather than the actual witness to the event. The only argument the grand jury will hear will come from the prosecutor who also decides what charges the grand jury should consider.  The grand jury was originally intended to be a citizen check on the tremendous power of prosecutors to indict someone, they have become a rigged system that empowers prosecutors even further.

Police and prosecutors work together closely and constantly so there is a strong relationship between them and in St. Louis County, as noted above, the elected prosecutor has multiple family ties to the police. Already we have seen the police taking action to protect the police officer, e.g. delaying identifying him, when they identified him releasing a video of an alleged theft involving Michael Brown, not providing a police report of the incident despite repeated requests from the media.

The videotape of Darren Wilson after the shooting shows the officer pacing at the scene and talking with another officer. What was racing through his mind? He knows he has just killed an unarmed man. He does not look injured in the video but rumors swirled that he was taken to the hospital with an eye injury. Michael Brown’s body was on the street for four hours? Why didn’t an ambulance come? Why was Brown’s body taken to the morgue by a police SUV rather than to the hospital? Where is the police report on this killing? Was the only police report the virtually empty one released? Some describe all of this as leading to one conclusion: a police cover-up. If so, what do the prosecutors know about it? Have they seen an incident report?

The grand jury will be considering this case until October. This will allow time for the emotions of the moment to calm down and for the police to be prepared if there is an angry response from residents of Ferguson.

The federal government has decided to take action and that investigation is more likely to result in justice than the grand jury in St. Louis County.  Reportedly, 40 FBI agents are already working on the case and Attorney General Holder has visited Ferguson, including meeting with Michael Brown’s family.  Attorney General Holder has promised to do all he can to ensure justice in the case saying “the full resources of the Department of Justice are being committed to our federal civil rights investigation into the death of Michael Brown.”

Holder’s record on police abuse is mixed. Under Holder the Department of Justice “has filed a record number of criminal police-misconduct cases and aggressively used civil laws to force reform at police departments across the country” according to the National Law Journal.  But, his record as the chief prosecutor for Washington, DC is not hopeful for those who want justice against police violence. USA Today reports:

“As the U.S. Attorney for the District of Columbia from 1993 to 1997, Holder was in charge of policing the local police. When police violence spiraled out of control, he did little to protect Washington residents from rampaging lawmen.

“The number of killings by Washington police doubled between 1988 and 1995, the year 16 civilians died due to police gunfire. Washington police shot and killed people at a higher rate than any other major city police department, as a Pulitzer Prize-winning Washington Post investigation revealed in late 1998. The Post reported that ‘Holder said he did not detect a pattern of problematic police shootings and could not recall the specifics of cases he personally reviewed.’ Holder declared: ‘I can’t honestly say I saw anything that was excessive.’”

“There was such a dearth of oversight from Holder’s office that Washington police failed to count almost a third of the people killed by their officers between 1994 and 1997. Even when police review boards ruled that shootings were unjustified or found contradictions in officers’ testimony, police were not prosecuted. In one case, a police officer shot a suspect four times in the back when he was unarmed and lying on the ground. But Holder’s office never bothered interviewing the shooter.”

The family should not wait until the grand jury decision or rely completely on the US Department of Justice. The family of Michael Brown should take their own steps to ensure justice for their son as quickly as possible. The avenue the family can pursue is to file a civil suit in federal court.  Such litigation will allow the family to seek all relevant documents, including the unreleased police report, as well as videotapes related to the killing of Michael Brown. It will also allow them to question witnesses under oath, including police officers who arrived at the scene. The court hearings in a civil suit will be public so everyone can see all the evidence.

Waiting for a rigged grand jury system that favors the prosecutors, who work hand in glove with the police; or waiting for a slow Department of Justice investigation whose leader has a mixed record on police abuse, is waiting for injustice when the family can act now to ensure justice for Michael Brown.

Kevin Zeese is an organizer with Popular Resistance and the Attorney General for the Green Shadow Cabinet.