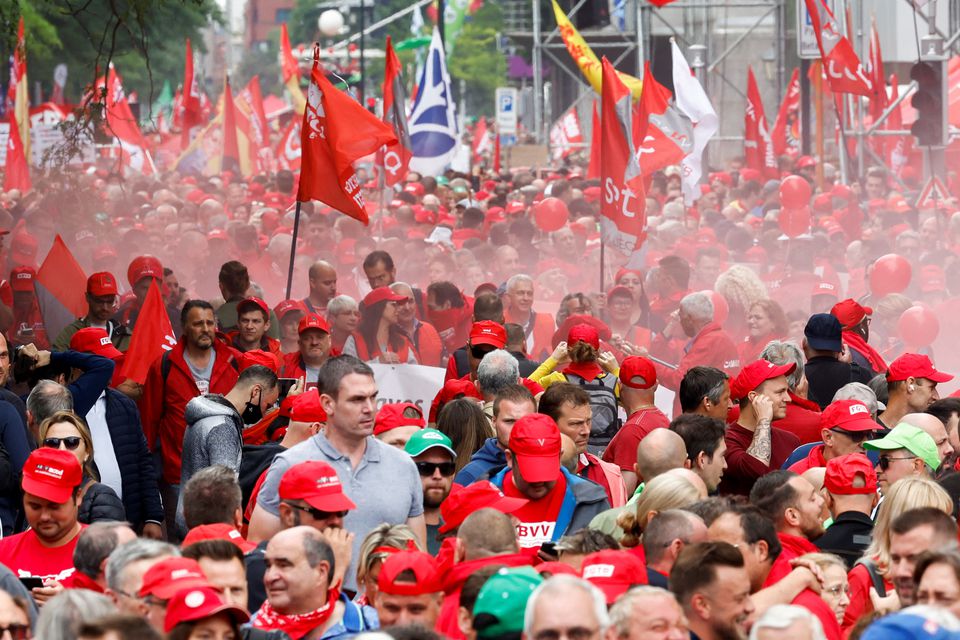 Above Photo: People take part in a demonstration over the rising cost of living, in Brussels, Belgium June 20, 2022. Yves Herman / Reuters.

Protesters carried flags and banners reading “More respect, higher wages” and “End excise duty”, while some set off flares. Some demanded the government do more, others said employers needed to improve pay and working conditions.

Brussels Airport said it could not allow passenger flights to depart because the industrial action extended to security personnel, and most arrivals were also cancelled.

Local public transport operators were running skeleton services, though some train lines were operating, partly to allow protesters to converge on the capital.

Prime Minister Alexander De Croo said Belgian workers were better protected than counterparts in most other European Union countries because wages were indexed to inflation.

He told public broadcaster RTBF the government had extended sales tax breaks on gas, electricity and fuel until the end of the year.

Further travel disruption is expected later this week, with pilots and cabin crew of Brussels Airlines planning a June 23-25 strike over working conditions and their Ryanair counterparts in Belgium set for three days of action from Friday.