Above Photo: A woman is holding an emaciated child in hospital in Sanaa, Yemen. September 2016. © Khaled Abdullah / Reuters

A backlash prompted Facebook to stop removing posts featuring a photo of an emaciated seven-year-old Yemeni girl, which accompanied a harrowing New York Times report from the war-torn country.

The atrocities in Yemen don’t make poignant headlines in Western mainstream media as often as stories about chemical weapons in Syria or ‘Russian meddling,’ as the conflict usually gets sidelined in the press, but there are notable exceptions. ‘The Tragedy of Saudi Arabia’s War’ was the title of a grim report published by the NYT on Friday.

An image of a starved child named Amal Hussain was chosen by the journalists to illustrate the horrible death toll and suffering inflicted on the small Arab nation of Yemen by the armed intervention of its Saudi neighbor.

Saudi Arabia’s war in Yemen has pushed millions to the brink of starvation. Our journalists documented the disturbing toll. https://t.co/xeH9wlGcwE

Readers quickly began sharing the story on Facebook. They were surprised to learn that the company had been removing their posts for supposedly violating the social network’s ‘sexual material’ guidelines.

..@facebook blocked my post on @declanwalsh‘s gripping story about the famine killing children in Yemen. “This post goes against our community standards.” Read it here: https://t.co/UXQcAENxft

So facebook has blocked a @nytimes Times article I shared yesterday by @declanwalsh on #Yemen titled “The Tragedy of Saudi Arabia’s War in Yemen” ? pic.twitter.com/AY38N4cj8u

Hey @facebook @Fb you bunch of cretinous assholes. You just removed a New York Times story about the Saudi war on Yemen because it goes against your standards? Yeah, nothing says sexually related nudity like a starving little girl. https://t.co/mxseseNXjt

As the backlash soared, Facebook announced that it would cease to delete posts featuring the photo, and promised to restore the ones it had already removed. The IT giant explained that its rules prohibit the display of nude images of children, but admitted that the picture from the NYT story is “an important image of global significance.”

The NYT stated in response that they will continue to publish unsettling images while reporting on the war in Yemen. “They are brutal. But they are also brutally honest. They reveal the horror that is Yemen today,” its journalists wrote. 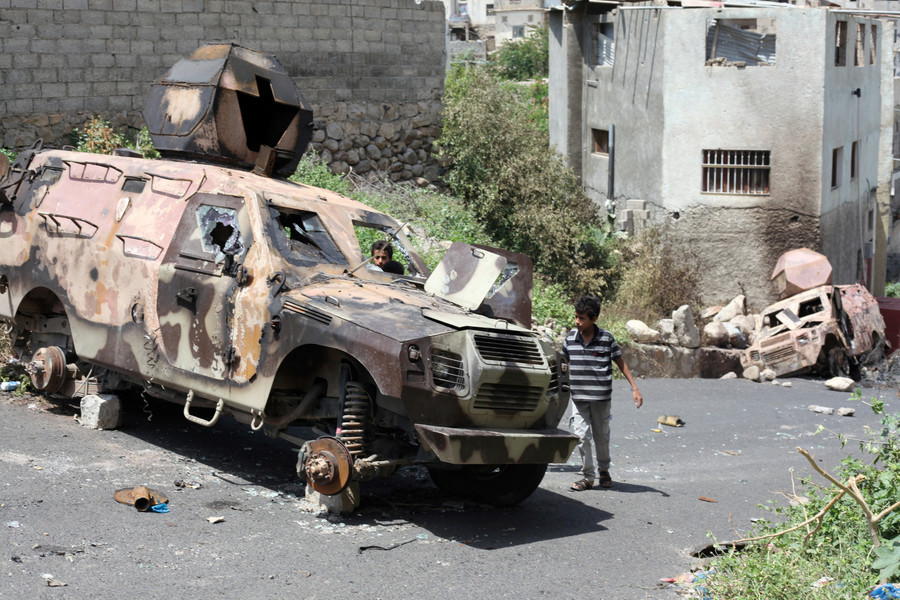 Saudi Arabia has led a military intervention in Yemen since 2015. The kingdom got involved in the conflict on behalf of the local government struggling with the armed Houthi rebels. The ensuing air raids, combined with heavy fighting on the ground, left more than 6,600 civilians dead and many more injured and displaced. The harsh Saudi-imposed blockade has led to cholera outbreaks and widespread famine.

Every day, 130 children under 5 were dying from extreme hunger & disease in #Yemen at the end of last year.

Nearly 50,000 children during the course of a year.

Meanwhile, the NYT case is not the first time Facebook was blasted for censoring ‘important images,’ citing its own guidelines. In 2016, the company banned the world-famous 1972 photo showing a nude nine-year-old girl running away from a napalm attack in Vietnam. Following immense criticism, the social network recognized its mistake and ceased deleting the iconic image.