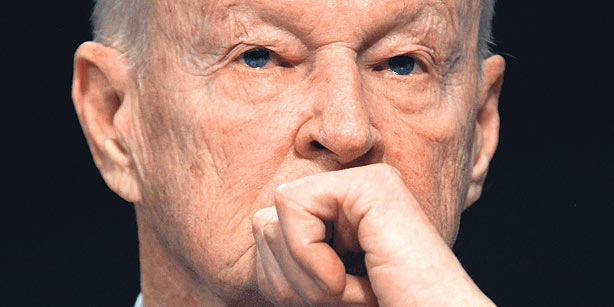 There has been a mass awakening of political consciousness preventing control of people through external domination.

American domination was no longer possible because of an accelerating social change driven by instant mass communications.

During a recent speech in Poland, former US National Security Advisor Zbigniew Brzezinski warned fellow elitists that a worldwide “resistance” movement to “external control” driven by “populist activism” is threatening to derail the move towards a new world order.

Calling the notion that the 21st century is the American century a “shared delusion,” Brzezinski stated that American domination was no longer possible because of an accelerating social change driven by “instant mass communications such as radio, television and the Internet,” which have been cumulatively stimulating “a universal awakening of mass political consciousness.”

The former US National Security Advisor added that this “rise in worldwide populist activism is proving inimical to external domination of the kind that prevailed in the age of colonialism and imperialism.”

Brzezinski concluded that “persistent and highly motivated populist resistance of politically awakened and historically resentful peoples to external control has proven to be increasingly difficult to suppress.”

Although Brzezinski delivered his comments in a neutral tone, the context of the environment in which he said them allied to his previous statements would indicate that this is not a celebration of “populist resistance” but a lament at the impact it is having on the kind of “external control” Brzezinski has repeatedly advocated.

The remarks were made at an event for the European Forum For New Ideas (EFNI), an organization that advocates the transformation of the European Union into an anti-democratic federal superstate, the very type of bureaucratic “external control” Brzezinski stressed was in jeopardy in his lecture.

In this context, it must be understood that Brzezinski’s point about “populist resistance” being a major hindrance to the imposition of a new world order is more of a warning than an acclamation.

Also consider what Brzezinski wrote in his book Between Two Ages: America’s Role in the Technotronic Era, in which he advocated the control of populations by an elite political class via technotronic manipulation.

“The technotronic era involves the gradual appearance of a more controlled society. Such a society would be dominated by an elite, unrestrained by traditional values. Soon it will be possible to assert almost continuous surveillance over every citizen and maintain up-to-date complete files containing even the most personal information about the citizen. These files will be subject to instantaneous retrieval by the authorities,” wrote Brzezinski.

“In the technotronic society the trend would seem to be towards the aggregation of the individual support of millions of uncoordinated citizens, easily within the reach of magnetic and attractive personalities exploiting the latest communications techniques to manipulate emotions and control reason,” he wrote in the same book.

Brzezinski’s sudden concern about the impact of a politically awakened global population isn’t born out of any notion that he identifies with their cause. Brzezinski is the ultimate elitist insider, the founder of the powerful Trilateral Commission, a Council on Foreign Relations luminary and a regular Bilderberg attendee. He was once described by President Barack Obama as “one of our most outstanding thinkers”.

This is by no means the first time Brzezinski has lamented the burgeoning populist opposition to external domination by a tiny elite.

During a 2010 Council on Foreign Relations speech in Montreal, Brzezinski warned fellow globalists that a “global political awakening,” in combination with infighting amongst the elite, was threatening to derail the move towards a one world government.