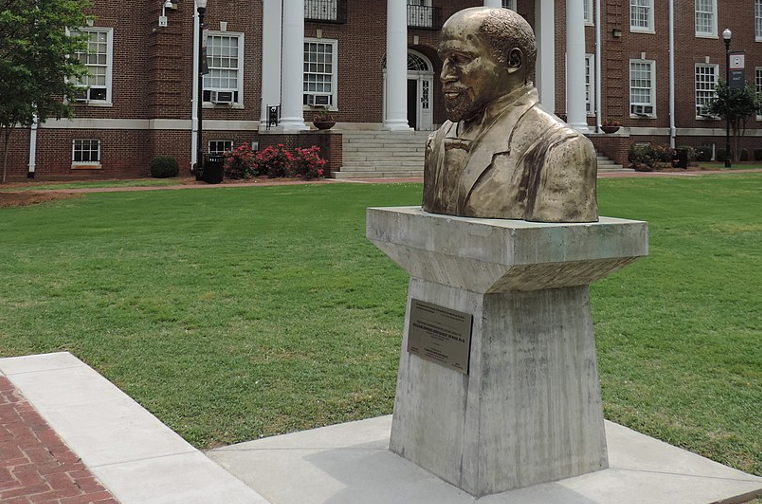 Beginning in the 19th and 20th century, during the United States’ reconstruction era that followed the American Civil War, an important debate emerged in this country. It was during the era after slavery was officially abolished — after Union troops arrived in Galveston, Texas on June 19th, 1865 — what we now commemorate as Juneteenth — to spread the word. The debate, that in many ways is still alive and well, went something like this: what is the best way to end class and racial injustice in the United States and what is the role of Black leadership in this?

Two leaders of the Black community during this period , W.E.B. Du Bois and Booker T. Washington, can be seen as the two main voices of this debate representing each side.

Booker T. Washington believed that Black people should concentrate on elevating themselves through hard work and material prosperity. His beliefs were very much rooted in a belief of individualism and working within the capitalist system to build Black wealth.

On the other side, W.E.B. Du Bois rejected Washington’s strategy. Instead, he advocated political action and a civil rights agenda — a much more systemic and collective vision of a path forward.

This debate is still very much alive in this country and has been taken up by many individual thinkers and organizations. The bifurcation can largely be seen as a disagreement on whether or not racial justice is achievable under a capitalist system — whether Black capitalism can lead to the liberation of Black people in the United States.

Another thinker who carries the legacy of Du Bois and Hampton is Francisco Pérez, Executive Director of the Center for Popular Economics, who has recently written a piece that furthers the arguments against Black capitalism and for a more socialistic, solidaristic, and collectivist approach to Black liberation.

In his piece, Pérez argues that there is a broad conflation within our present-day capitalist society between the success of individual members of certain oppressed and marginalized groups and their collective success and liberation. This is particularly true when it comes to Black people and their liberatory struggles. Too often, the successes of individual people — Oprah, or LeBron James, for example — or their rise to certain leadership positions, take Barack Obama — are seen as collective successes, whereas, when it comes to the material conditions of all Black people, these individual successes don’t have a significant impact.

What are the dangers of this conflation between individual and collective success? Can Black liberation be achieved through individual successes within capitalism — through Black capitalism — as Booker T. Washington suggested? Or can true liberation for Black people in the United States only emerge through a collective struggle against racial capitalism?

Francisco Pérez is the Executive Director of the Center for Popular Economics and author of the recent piece in Nonprofit Quarterly, “How Do We Build Black Wealth? Understanding the Limits of Black Capitalism.”

You can listen to the full Upstream Conversation below to dive deeper into this topic and learn about what building real Black wealth could look like.