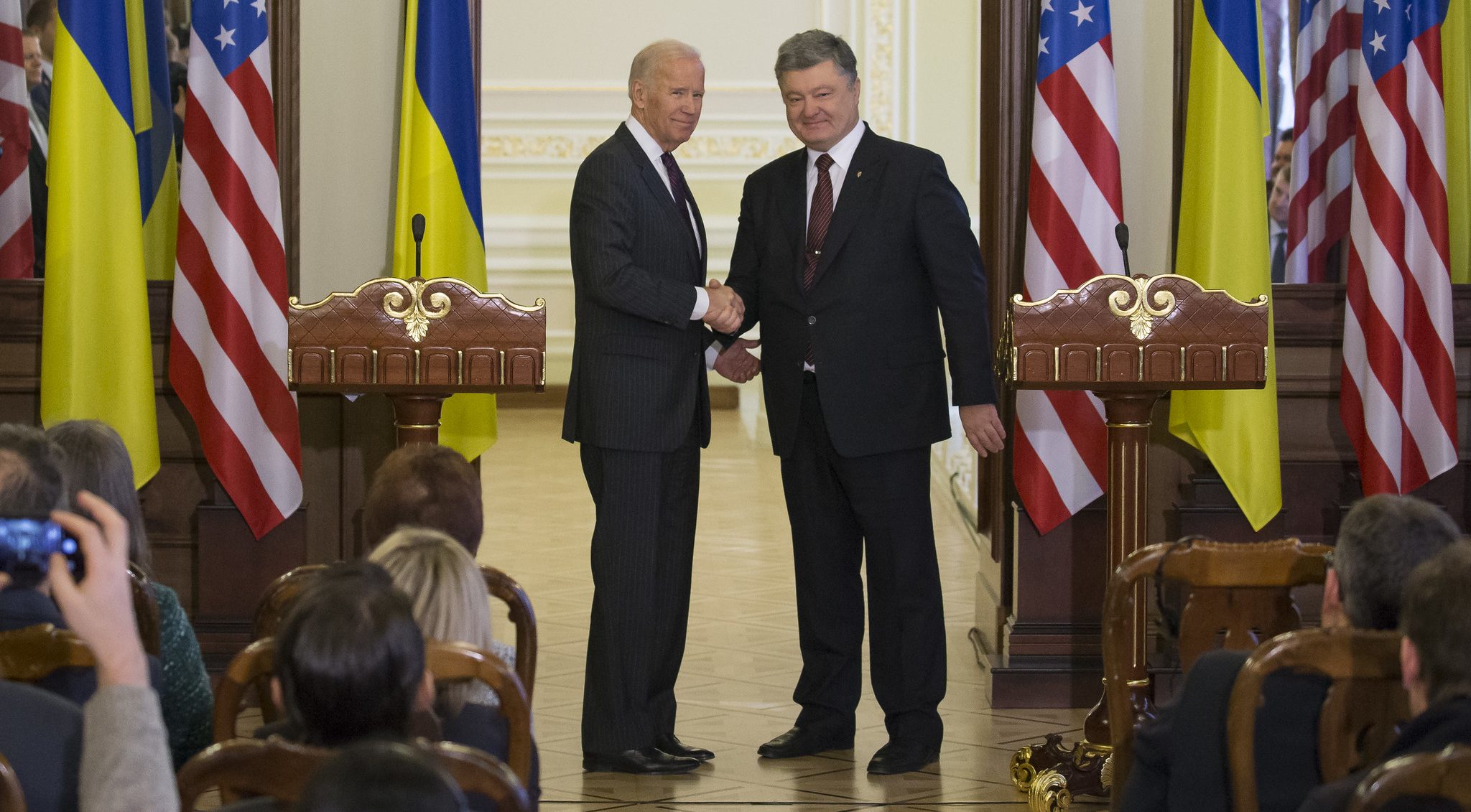 If this article is accurate it will be an explosion in both the race for the Democratic nomination as well as in the already exploding impeachment inquiry in the House. It is likely to be a nail in the coffin of the 2020 Biden presidential campaign. This is the first report on the issue of Joe Biden receiving direct payments from the Ukraine gas company. It will be important to see if it is confirmed, clarified and explained. But, Biden receiving $900,000 from the gas company where his son and John Kerry’s financial advisor were on the board is a major story in the 2020 election cycle, and a major addition to the US coup in Ukraine which already was the most open coup in US history with lots of US abuses, until the Venezuela coup attempt by Trump. KZ

Derkach publicized documents which, as he said, “describe the mechanism of getting money by Biden Sr.” at a press conference at Interfax-Ukraine’s press center in Kyiv on Wednesday.

“This was the transfer of Burisma Group’s funds for lobbying activities, as investigators believe, personally to Joe Biden through a lobbying company. Funds in the amount of $900,000 were transferred to the U.S.-based company Rosemont Seneca Partners, which according to open sources, in particular, the New York Times, is affiliated with Biden. The payment reference was payment for consultative services,” Derkach said.

He also publicized sums that were transferred to Burisma Group representatives, in particular Hunter Biden, a son of the former U.S. vice president.

“Using political and economic levelers of influencing Ukrainian authorities and manipulating the issue of providing financial aid to Ukraine, Joe Biden actively assisted closing criminal cases into the activity of former Ukrainian Ecology Minister Mykola Zlochevsky, who is the founder and owner of Burisma Group,” he said.

“Biden’s fifth visit to Kyiv on December 7-8, 2015 was devoted to making a decision on the resignation of [then Ukrainian Prosecutor General] Viktor Shokin over the case of Zlochevsky and Burisma. Loan guarantees worth $1 billion that the United States was to give to Ukraine was the point of pressure. Biden himself admitted exerting pressure in his speech at the Council of Foreign Relations in January 2018, calling Shokin ‘son of a bitch who was fired’,” Derkach said.

The timeline of events proves that the U.S. linked the Zlochevsky case to loan guarantees, he said.

After the decree dismissing Shokin was published on April 3, 2016, the governments of the United States and Ukraine signed a loan guarantee agreement worth $1 billion, several months later, on June 3, he said.

“In this case, there are facts should be subject to investigation. There is an agency that has powers to investigate them; the U.S. Department of Justice. If the Ukrainian Prosecutor General signs documents and send them to U.S. Department of Justice without any requests, he will accomplish his mission,” he said, adding that the Ukrainian Prosecutor General has such powers.

It was reported earlier that Derkach publicized correspondence between the National Anti-Corruption Bureau of Ukraine (NABU) and officers of the U.S. Embassy in Kyiv. According to publicized correspondence, starting from July 14, 2017, the lists of criminal proceedings undertaken by NABU officers were sent from the electronic mailbox of Polina Chyzh, an assistant to NABU first deputy head Gizo Uglava, to the electronic mailbox of Hanna Yemelianova, a legal specialist of the anti-corruption program of the U.S. Justice Department at U.S. Embassy in Ukraine.

Derkach also said that NABU-leak materials will be published on his Facebook account and materials that he got from investigating journalists have already been passed to Ukraine’s State Bureau of Investigations and the Prosecutor’s General Office.

He also said he will initiate the creation of an ad hoc parliamentary investigative commission and has already requested launching a criminal case against Ukrainian officials into interference into U.S. elections. The court session is scheduled for October 21, he said.

Burisma Holdings is a Cyprus-registered gas producing company holding assets in Ukraine. It is one of Ukraine’s top-three independent gas producers headquartered in Kyiv. Zlochevsky is the founder and the ultimate beneficiary owner of the company.