US officials have long used visa rejections to humiliate political adversaries who have to travel to New York to attend the United Nations. Enough is enough.

The US government has apparently denied Iranian Foreign Minister Mohammad Javad Zarif a visa to enter the United States in order to attend a January 9 UN Security Council meeting. The subject to be discussed wasn’t Iran but something far more anodyne: “Maintenance of International Peace and Security: Upholding the UN Charter.” Zarif had applied for a visa long before the current turmoil in relations between Washington and Tehran.

Iran’s foreign minister is currently under US sanctions. The sanctions, imposed in July 2019, “froze” whatever assets Zarif may have in the United States (Zarif has none).

While the US did not prevent Zarif from attending the opening of the UN General Assembly last September, his presence on US soil today is evidently too much for the US government to bear.

The United States serves as host country to the United Nations and, according to the agreement it signed with the United Nations in 1947, it has no right to stipulate whom UN member-states can and whom they cannot send to the UN to speak on their behalf.

This applies “irrespective of the relations existing between the governments of the persons referred to…and the government of the United States.” Furthermore, “The appropriate American authorities shall afford any necessary protection to such persons while in transit to or from the headquarters district.” 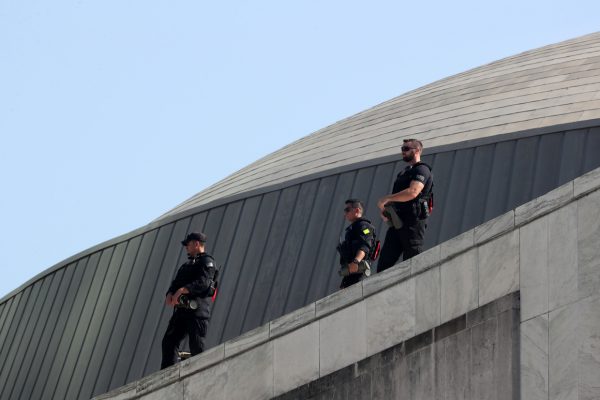 The language is unambiguous. However, as per usual, the United States managed to get around this by sneaking in an exception. Not in the agreement, of course, but in an accompanying congressional resolution. Section 6 of the Joint Resolution of Congress that authorized the president to enter into this agreement states that “Nothing in the agreement shall be construed as in any way diminishing, abridging, or weakening the right of the United States to safeguard its own security and completely to control the entrance of aliens into any territory of the United States other than the headquarters district and its immediate vicinity.”

Ever since, the United States has clung to these words in order to insist that, yes, it can decide who can and who can’t be assigned to the UN. However, it is hard to read the resolution’s words as suggesting anything other than the US can impose restrictions on the movement of UN diplomats when they are not in the “headquarters district and its immediate vicinity.”

Moreover, just because the US Congress insisted on this exception, it doesn’t mean the United Nations was under any obligation to accept it. The words were no part of the headquarters agreement.

In 2014, the United States denied a visa to Iran’s choice of ambassador to the UN, Hamid Abutalebi. In April 2019, the United States revoked the visa of ICC chief prosecutor Fatou Bensouda after she announced her intent to investigate war crimes in Afghanistan, including any committed by US forces.

In 2018, in the aftermath of the Skripal poisoning affair, the United States, along with its NATO allies ordered the expulsion of Russian diplomats. Of the 60 diplomats the US expelled, 12 were accredited to the United Nations, not the United States—a clear violation of the US-UN hosting agreement.There is also the harassment that UN-accredited diplomats from countries out of favor with Washington face every day.

A recent article in Foreign Policy reported that “Representatives from the UN delegations of China, Cuba, Iran, Nicaragua, North Korea, Russia, and Syria say their diplomats and support staff are subjected to increasingly restrictive travel limitations, arbitrary denial of visas and driver’s licenses, additional airport security checks, and curtailed access to banking services needed to conduct their diplomatic work and pay their dues at the UN.”

Zarif himself pointed out in a tweet that the US’ denial of a visa, while a violation of the 1947 agreement, “pales in comparison” with “Pompeo’s threat to starve Iranians,”“Trump’s bluster about cultural heritage” and the “cowardly assassination.” That is undoubtedly true. However, such a gross violation of the US-UN hosting agreement demonstrates clearly that the United States is no longer a suitable venue for the UN headquarters.

The United States is openly contemptuous of the United Nations, indeed of international law generally. A new venue is needed. Geneva, the former seat of the League of Nations, is an obvious choice. But there are many great cities of the world that could also serve. What’s important is that the decision to move be made now.