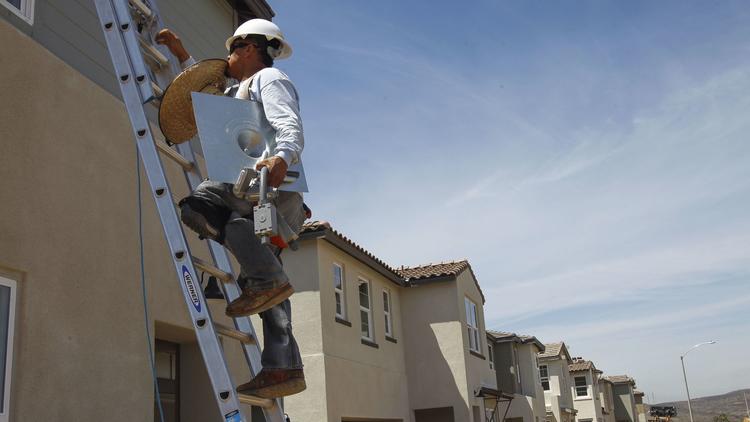 Environmental groups hailed the decision, pointing to estimates that energy use in buildings account for about one-fourth of greenhouse gas emissions in California.

The state’s four investor-owned utilities — including San Diego Gas & Electric — also came out in favor of the measure. A representative for the Utilities Codes and Standards statewide team said the rule is “a cost effective way to help customers reduce energy use, lower greenhouse gas emissions and represent(s) a significant milestone in the continued effort to achieve California’s long-term energy and climate goals.”

Under Senate Bill 350, passed in 2015, the state must double statewide energy efficiency savings in electricity and natural gas end uses by 2030. California also calls for at least 50 percent of state’s electricity to come from clean-energy sources by 2030.

The updated code, which includes an option to promote solar paired with battery storage systems, figures to give the solar industry a big boost.

On average, about 80,000 new homes are built in California each year. The California Solar and Storage Association estimates about 15,000 of them are equipped with solar installations, which would translate into a gain of 65,000 once the rule goes into effect.

“I think this is going to be a great freeway to help expand the solar market in California and really keeps California in that leadership position nationwide,” said Kelly Knutsen, the association’s director of technology advancement.

California has the largest percentage of electricity generation that comes from solar of any state. Solar capacity in California came to just over 21,000-megawatts in 2017, nearly five times more than the state in second place, North Carolina.

The Golden State also accounts for more than one-third of the nation’s 260,000 workers in solar-related fields.

Adrian Moore, vice president of policy at the Los Angeles-based Reason Foundation, which advocates free-market economic policies, questioned how many homeowners will actually live in their houses long enough to recoup the upfront costs from the new solar requirement.

The rule may also be “removing a choice from people who may want to do some other form of alternative energy,” Moore said. “And no matter how you slice it, this increases the cost of housing and exacerbates the affordable housing problem. It seems like a feel-good measure that doesn’t think through all the consequences.”

Among its primary responsibilities, the CEC is charged with promoting energy efficiency in the state through appliance and building standards. Hochschild said the new rule will help homeowners.

“One of our top priorities in California is to keep people in their homes,” the commissioner said. “More times than you would expect we find that the homeowner can afford the mortgage but not the mortgage plus the energy bill. That is the difference-maker. What we’re doing today is going to result in the lowest energy bills of any code we’ve ever done.”

McAllister said the commission’s vote did not represent “a radical departure.”

The updated code requires new homes to have PV solar systems with a minimum of 2 to 3 kilowatts, about two to three times smaller than typical residential systems.

“We are in a terrific situation in the marketplace right now where we have a lot of great options that are cost effective, including solar,” McAllister said. “The solar industry is a mature industry right now.”

Danielle Hale, chief economist for realtor.com, said among the markets it reviewed in April, homes with solar panels tended to have a lower median price per square foot than homes without it.

“So while it may cost more to install the panels, sellers don’t reap an obvious financial benefit in the form of a higher selling price,” Hale said. “In a market where affordable new construction already lags demand, this mandate could exacerbate this imbalance by raising the price of low-density new construction. However, the existence of the mandate implementation may cause builders to hurry to complete projects before the mandate kicks in.”