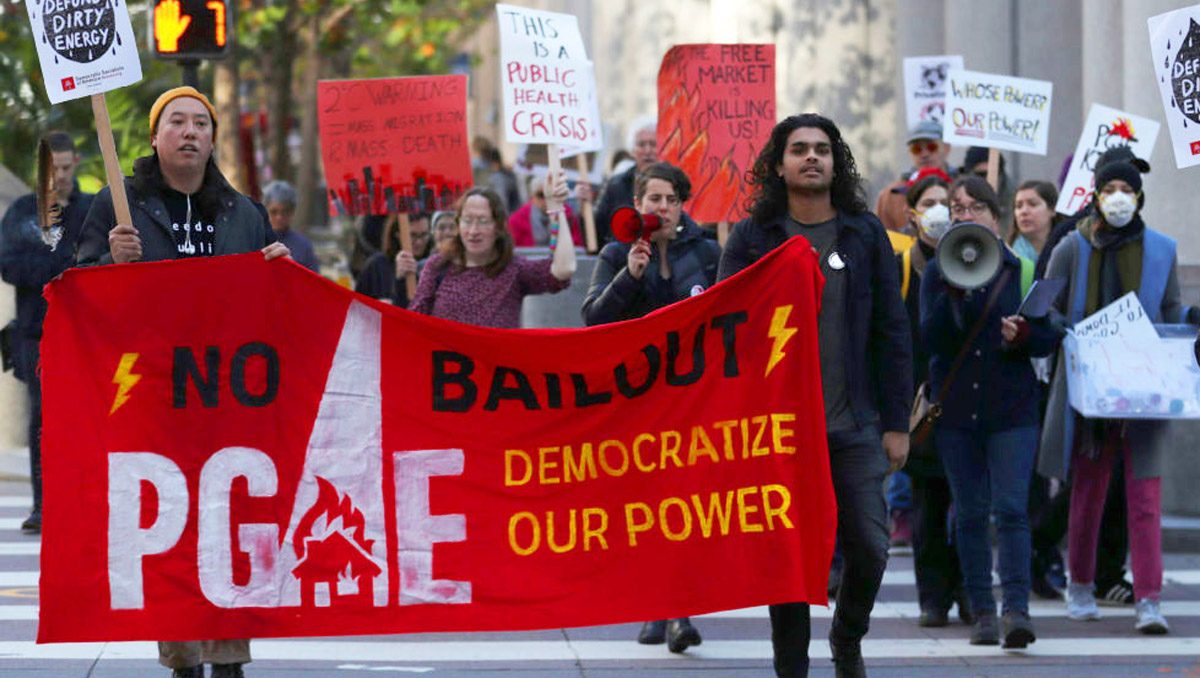 Above photo: From the Local Clean Energy Alliance.

San Francisco – A California appeals court has struck down unconstitutional limits on the rights of citizens to challenge the location of power plants in their communities.

A state appeals court affirmed Friday that communities concerned about air quality and climate pollution have the right to challenge natural gas-fired and thermal power plants in the lower courts, not just in the Supreme Court, which has historically refused to take up these challenges.

The decision marks a win after about seven years of litigation by the Center for Biological Diversity, Earthjustice and Communities for a Better Environment, who argued that jurisdictional laws effectively and unconstitutionally blocked Californians from challenging power plant permits issued by the California Energy Commission.

“This victory in the fight against fossil fuel pollution marks an end to the Energy Commission’s monopoly over gas plant siting,” said Maya Golden-Krasner, deputy director of the Center’s Climate Law Institute. “Communities faced with a prospective plant can now hold the commission accountable for curbing health and environmental harms and push for alternatives like renewable energy. This will help move California forward to a cleaner, healthier power system.”

“This is a win for frontline communities who should be able to have their day in court when a massive fossil-fuel power plant is sited in their neighborhood,” said Stacey Geiss, managing attorney for Earthjustice’s California regional office. “These dirty energy plants come with health, environmental and climate impacts that last decades. This ruling ensures that communities, as well as environmental and public health groups, get access to courts and thus access to justice, by now guaranteeing meaningful judicial review of some of the biggest energy decisions in California.”

Californians have become increasingly concerned about the construction of more gas power plants. These facilities are among the largest stationary sources of air pollution in the state and commit California to an energy future based on fossil fuels, including gas obtained by fracking. “Natural gas” used for power generation is composed primarily of the super-pollutant methane, which has 87 times the warming effect of carbon dioxide over a 20-year period.

The California legislature established the Energy Commission in 1974 to serve in part as a one-stop permitting authority for thermal power plants 50 megawatts or higher. Since the 1990s plants built by independent power producers only require a license from the commission, which has a long history of approving natural gas power plants whenever an energy company asks — even in the face of strong public opposition.

“More than half California’s dirty power plants are polluting in environmental justice communities, and most of them were licensed without any chance for those communities to have a ‘day in court’ challenging the impacts to their lives and lungs,” said Shana Lazerow, legal director for Communities for a Better Environment. “Unfortunately, despite efforts to transition off dirty energy, there is still a real risk of new or expanded fossil-fueled power plants; with this decision, communities should have a real voice in Energy Commission decisions.”