By Lisa Savage, www.went2thebridge.blogspot.com
October 26, 2015
| Resist!
Call For Portsmouth Naval Shipyard To Stop Building Weapons2015-10-262015-10-26https://popularresistance-uploads.s3.amazonaws.com/uploads/2017/12/popres-shorter.pngPopularResistance.Orghttps://popularresistance-uploads.s3.amazonaws.com/uploads/2015/10/Screen-Shot-2015-10-26-at-10.52.38-AM-150x99.png200px200px
Above Photo: From Went2thebridge.blogspot.com.
Link To Videos Here
I was delighted to have a day to join the Maine Peace Walk: Militarization of the Seas on Saturday October 24, 2015. A high energy opening circle kicked off the final day of the walk which began two weeks prior in Ellsworth, Maine. Jun-san’s joyful dancing and her leadership along with other members of the Nipponzan order of Buddhists was much appreciated. And everyone enjoyed the tunes offered by the Leftist Marching Band.
The band followed the walk all the way to the front gate of the Portsmouth Naval Shipyard in Kittery, Maine where we stood across the street during the shift change. Hundreds of workers saw our message: 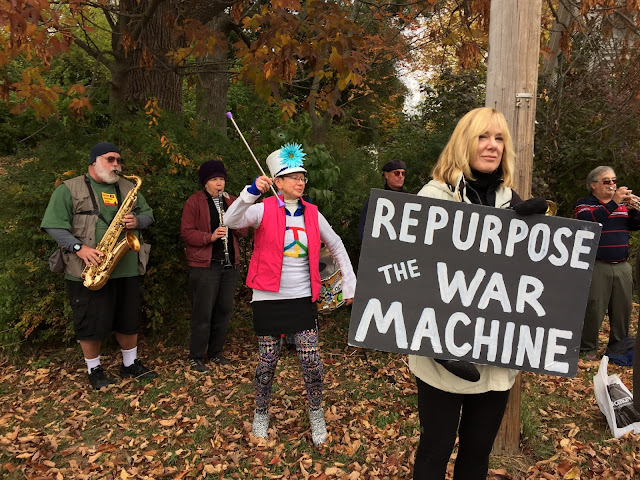 Concern for our fellow species was a major theme of the peace walk drawing attention to the Pentagon’s abuse of the world’s oceans. 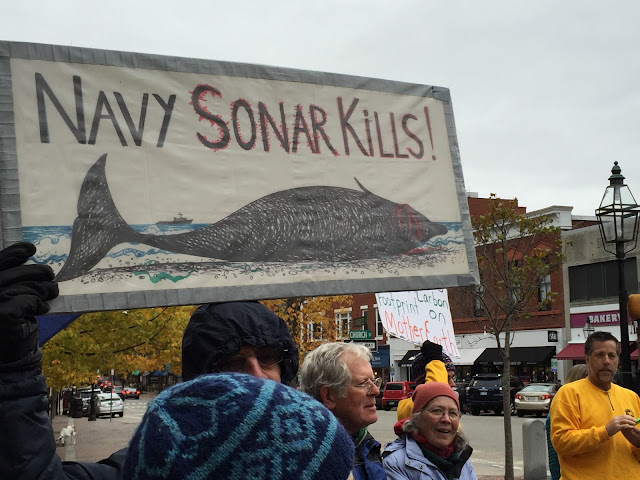 Crossing Memorial Bridge from Portsmouth, NH to Kittery, Maine. Veterans for Peace flags flying make me remember those brave enough to stand up to war machine. 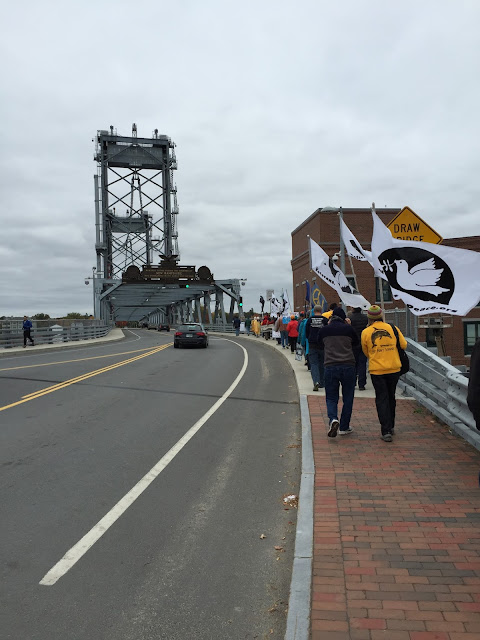 Once the peace walk was standing on the sidewalk across the street from the gate of the Portsmouth Naval Shipyard, local police showed up and photographed us. They hung around for about an hour until the walkers departed. 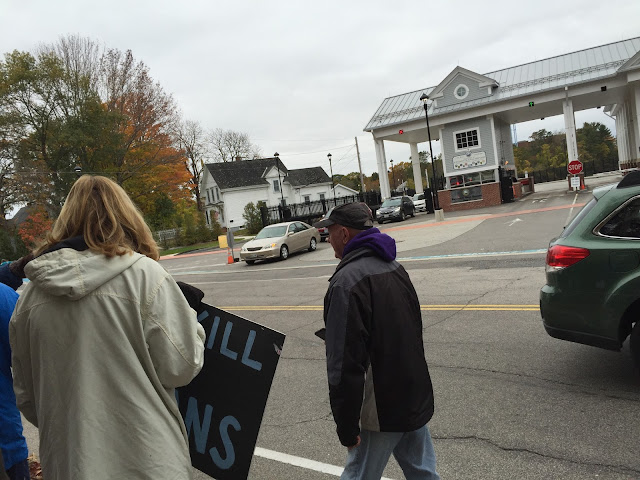 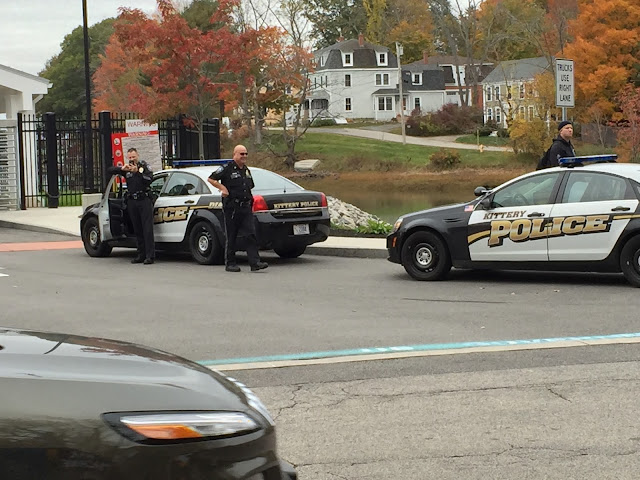 Mary Beth Sullivan of the Global Network Against Weapons & Nuclear Power in Space opened the remarks by saying “compassionate commitment — that’s why we walk.” 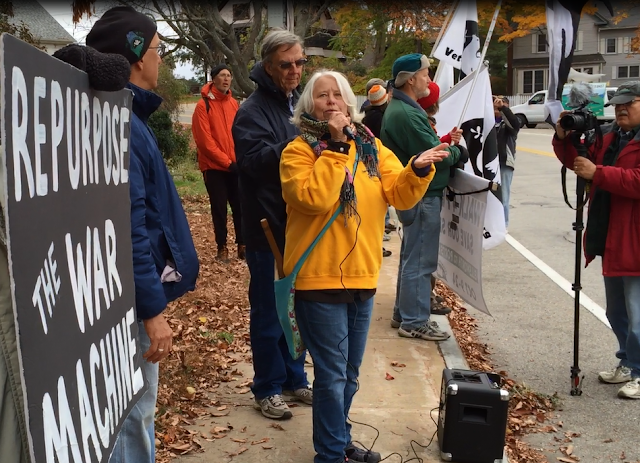 Doug Bogen spoke about his 20 years of advocating for the shipyard to stop building weapons of mass destruction and start building renewable energy systems, such as offshore wind turbines. 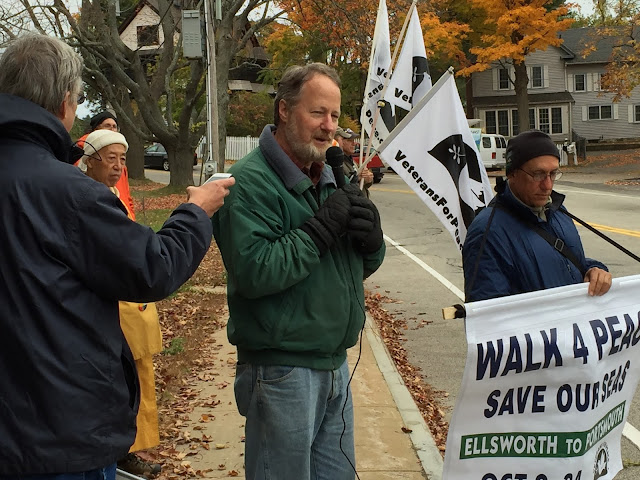 Bob Klotz of 350 Maine spoke about the deep connection between climate change and militarization of the planet.
Veteran for Peace Eric Wasileski spoke movingly of the moral injury of participating in war, and how this is a factor in the 22 veterans suicides per day in the U.S.
I spoke on the folly of depending on building weapons of mass destruction as a jobs program. When I find a video of my remarks, I will add it in.
With much gratitude to Bruce Gagnon and Jason Rawn, lead organizers of this year’s walk, I dedicate this blog post.
Demilitarization Maine