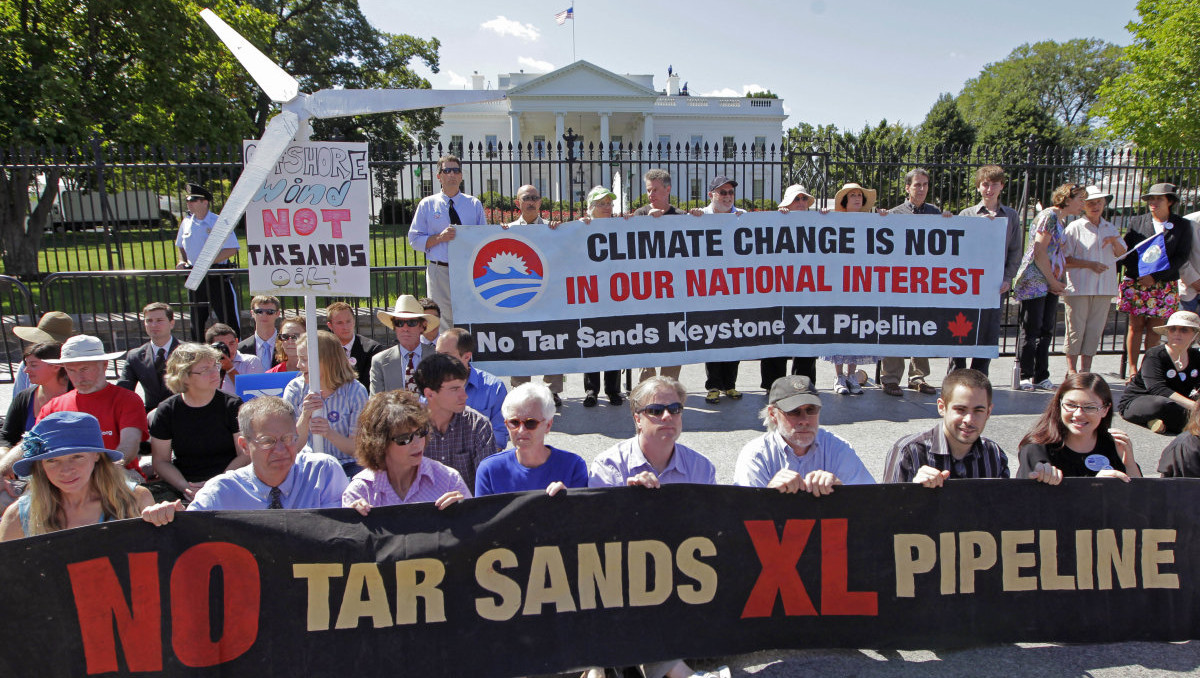 Call Out In Response To Imminent KXL Decision

Above photo: Protesters sit in against the KXL Pipeline, from US News and World Report.

On Monday, November 20th, the Public Service Commission, an elected board representing the so-called state of Nebraska, will most likely vote in favor of approving Transcanada’s route for the Keystone XL pipeline through the ancestral home of the Pawnee, Otoe, Ponca, Sioux and Omaha peoples. This vote comes on the heels of large public upheaval against this specific pipeline and a 200,000 gallon oil spill from the original Keystone pipeline this week. This is the last political hurdle the pipeline needs to clear before the state can then begin eminent domain proceedings to seize the few tract of lands that Transcanada currently doesn’t have access too. 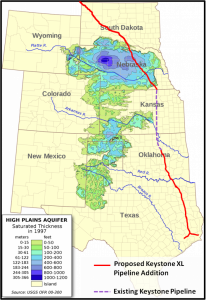 For years, the climate movement has concentrated its efforts on non-violent and “democratic” efforts to stop KXL. We, on the other hand, have never held hope for these efforts, for history has proven that democratic efforts are bent to the will of politicians, professional organizers and industry. We do not adhere to the democratic path, the dominant ideology, that enough signatures, enough non-profit dollars will be able to halt this black snake. It is naive to think that reasonable actions will halt this project, therefore, for us, to be of use means to resist.

We would like to inspire conversations around tactical responses to KXL and other pipelines because we do not want to march and go home. We want to see this pipeline ended and create a new opening, a tear in the fabric, to find even deeper affinity and explore what is possible. We are here to confront the spectre of colonialism, genocide and total ecological destruction, as we stand in a time that can only be described as the end of the world. (remember: endings are always beginnings.)

KXL is unique since it was already “defeated” when Obama rejected Transcanada’s proposal back in 2015. As it lurches back (and then back again) from the grave, like some reanimated General Custer, it will not go back under the same way again. All the procedures have been exhausted. There is no president, governor, or public service commission board member left to stop this project, period. They never wanted to in the first place. It would be foolish to put any hope in another legal alternative (i.e. the judicial system) to magically be pulled out of a hat. While courts may delay construction or even mandate a change to the route, a wholesale axing of the pipeline or an upheaval of the system that intrinsically encourages massive energy infrastructure to be built, will never be realized.

Allow us also a moment of time to address (against our better judgement) Jane Kleeb and all those that associate themselves with the Bold Nebraska brand. Your games have been played out. In August you pledged to “put [y]our bodies on the line” and to make “Standing Rock look like a rehearsal.” Now is the time when we see whether the spirit of your words will meet that of your bodies. What is your intention: posturing, inhabiting your white colonial privilege? Or actually stopping this pipeline with every available tactic and resource at your disposal?

The aforementioned game has reached its end. The masks we have all worn, have reached the end of their usefulness. It is time to engage with one another not as mere players, but as serious actors in this intense conflict. The time for unity, civility and pacified discourse (and thus, tactics) is over. It is now time for us to stand with and in support of those most affected by this neo-colonial energy extraction project.

Encampments, disruptions, resistance, sabotage, all forms of action must be strategically used to make it physically impossible for Transcanada to continue through on this project. We remember those people who have been attacking the construction of energy infrastructure in various forms throughout time. From MEND in the Nigerian Delta to the Catholic Workers who sabotaged the DAPL in Iowa, and even the rural resistance of the Bolt Weevils in Minnesota.

With these rebellious spirits in our hearts, we invite our friends, accomplices and those that find affinity (in Nebraska or otherwise) to take action on Monday, November 20th. Hatch plans and get busy: Wheatpaste, spray paint, shout from the street corner, call up spirits, cast spells, attack and subvert.

The next night do the same.