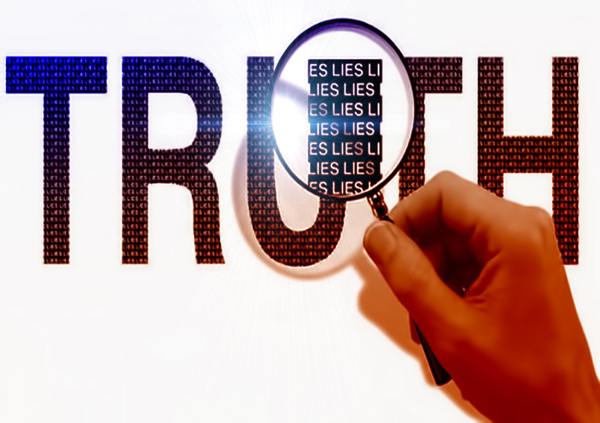 Can The Indpendent & Citizens Media Overcome The Corporate Media?

Note: We’re republishing this 2011 column by our colleague Jack Balkwill because we believe developing independent and citizen’s media is critical to the popular resistance. Balkwill has been working on developing the independent media for two decades and is the editor of our favorite daily news, LUV News. Information on how to subscribe is in the article below.  The myth-making, disinformation and outright falsehoods of the mass corporate media often astounds us.  Polls show that the corporate media is no longer trusted by three-quarters of Americans.  We see that as very good news.  In addition, the independent media is growing.  Sites like AlterNet, Common Dreams, Truthout, Truthdig, Counterpunch, The Real News Network, Fire Dog Lake, Global Research, Dissident Voice, Op-Ed News, Z Net, Progressive Review, Nation of Change, Reader Supported News and so many others are literally reaching millions of people.  Even larger is the citizen’s media that has developed in recent years that allows person-to-person communication.  This is probably the most-trusted source for information; information from friends, family, colleagues and associates.  And, groups like Wikileaks that allow anonymous whistleblowing provide citizens with media about the corruption of government and big business, that citizen’s then can write about and share widely.  The day is fast approaching when the independent and citizen’s media will overcome the corporate mass media.  Indeed, if we could figure out how to get the independent and citizen’s media working together in a more coordinated way we would probably overcome the mass media now.  People with ideas on how to accomplish that should write us at info@PopularResistance.org.

The Dream Of A Social Justice Media Network

Horrors are committed by a National Security State each day unreported by a mass media working for Forces of Greed (FOG). The corporate mass media news is nothing more than a very sophisticated propaganda system which works against the public interest.

Nothing will improve in progressive issues until there is an independent public interest mass media source in the USA. In my dream there is such a public interest media network, called the Social Justice Network.

Each morning we get up to scan the Internet for news and opinion censored by the US corporate media and put out what we call LUV News. We never ask for money at LUV News for anything we do and ask people who want to contribute to instead help the web sites that are putting out public interest stories each day, like Intrepid Report, or to help other worthy causes. To join and get the daily email one need only go here.

We have long stated our goal at LUV News is to go out of business, and that will be possible when a mass media source opens which allows important censored facts to get to the public. About 500 people currently help get LUV News out to friends, family, work colleagues and Internet groups.

There is currently no public interest network existing. PBS and NPR are a joke, taking the corporate money and doing their bidding. I have a standing offer to PBS NewsHour and NPR Morning Edition to take on their big news programs any day of the year and show them their bias going against the public interest . They have so far refused to take me up on it, because I have asked for an hour of time should I prove my point, while bringing them a hundred new or renewed members should I not be able to find such bias any day of the year. I am convinced they know they would lose the bet.

American citizens walk around in a fog because of the pathetic news they get from the controlling Forces of Greed. Ignorant people are controlled people, which is why we never have a government which represents the public will.

To address this problem, progressives must eventually put together an independent network, ideally a TV network, which would address the major problems of the people of the nation and planet, combined with public interest solutions.

The Social Justice Network (SJN) of my dream would fill this void. With the more than a hundred TV channels existing on cable, nothing like this is allowed by our corporate masters today. It would fill in where only propaganda exists today.

In my dream, the following are some of the programs one could view on SJN.

Eighty percent of Americans call themselves environmentalists, and such a program, if well done, would be extremely popular. Sponsors might include leading environmental organizations.

The tradition in corporate mass media is to emphasize business owner viewpoints while attacking the workers who produce the profit, particularly when they are on strike. This one would give the censored worker viewpoint. Sponsors might be labor unions.

Beyond all the propaganda terms like “pro-life,” whose movement is made up of people who are nearly all for the death penalty and war. This program would emphasize news stories which are ignored by the mass media, like when fundamentalist religious fathers murder their daughters after finding they are pregnant, a thing which happens every year in this country. It would point out ways that equality has not been achieved for women, and emphasize actions to correct this in time. Sponsors could include NOW and like organizations.

Views of the peace community, which are as highly censored in the mass media as anything. In a leadup to war, such as the illegal invasion of Iraq, the world’s foremost experts on Iraqi weapons would have had a forum here, as they did in LUV News, where we featured the UN’s Iraq Weapons expert Hans Blix and the US Iraq weapons expert Scott Ritter saying there were no weapons of mass destruction in Iraq.

Unlike the corporate media, where for weeks leading up to the war an invasion was called for by liberals Scott Simon of NPR, Tom Friedman of the NY Times, and Richard Cohen of the Washington Post, echoing their conservative columnist friends. Blix and Ritter were ridiculed in the corporate media, and the masses were mislead into war.

Peace groups and religious groups interested in piece could sponsor this one.

This program would lighten things up and round out the network somewhat. There are a number of liberal and leftist comedians who could make this into a very popular show. It could make fun of corporations that cheat taxpayers, pollute the environment and commit other crimes without fear of the loss of corporate sponsors, since they would be banned from this network.

The status of poverty in America, which has more homeless and hungry people per capita than any other major industrialized nation. It would take viewers inside of Americas largest prison system in the world and show why our economy cannot function without millions in prison. It would give objective information about medical care, in a country with the most people per capita doing without among all industrialized nations.

I vision someone like the magnificent Glen Ford hosting such a program to bring out the many problems and solutions for people of color not addressed in corporate media, where only Uncle Toms and Aunt Jamimas need apply.

Here I can imagine something like the wonderful Amy Goodman doing her Democracy Now. I watch it online and would love to see it on my TV, knowing that it would change America if it had an audience the size it deserves. The shameful corporate media monopoly does not allow it to be seen by most citizens, other than those who can receive Free Speech TV, despite over a hundred TV channels.

Here I see someone like Ralph Nader doing a weekly program which tells the public what they desperately want to hear about the corporations that are cheating them, poisoning them, and controlling their government.

Americans are very concerned with this issue, but corporate media will not allow citizens to hear about anything that doesn’t please their advertisers, board members and owners, who are heavily invested in a medical mafia made up of Big Pharma, private hospitals, and insurance companies.

We have the lowest life expectancy and the highest infant mortality among major industrialized nations, while paying the highest cost for health care by far.

This program would be a public response to the class war waged against America’s working class and poor by the ruling Forces of Greed. Political candidates not allowed to be seen in the corporate media, representing the Green Party, Socialists, or other public interest candidates would be given a forum.

Even in my wildest dreams I cannot imagine the Social Justice Network operating at a profit. Like PBS and NPR, there would have to be fundraising programs from time to time. Hopefully big stars who are progressives could be enticed to donate time for such fundraisers, people like the magnificent Sean Penn who rowed a boat to save people in Katrina’s New Orleans aftermath, and visited Iraq to oppose the war through flack from the corporate media.

There are massive obstacles to starting such a network. The powerful cable industry would do all it can to prevent such a channel from being added to their monopoly control in most cities today. But if we let this stop us from trying, there is no hope.

A tiny handful of giant transnational corporations have purchased and controlled the news because they cannot keep democracy from breaking out if there is an informed public.

An ignorant public is a controlled public, and that is what we live with today. Americans walk around like zombies, mumbling the propaganda that is all they know about so much of what is happening. The solution is Social Justice Network, and you can help an old man with his dream by joining LUV News. Our readers are the ones who get the word out to the masses by the tens of thousands every day.

When those numbers become millions, the force of public outcries will create the Social Justice Network, and the world will change because of it. Candidates who represent the people will begin to win elections. The environment will be cleaned up. Human rights violations will slow. Wars based on lies will not occur. Women will achieve equality. Racism will be a thing of the past. Citizens will be healthier, and the future will be something we eagerly anticipate in such a world.

Jack Balkwill does the web site Liberty Underground of Virginia and has written for publications as varied as the little-read English Honor Society’s Rectangle to the millions of readers USA Today. He can be reached at libertyuv@hotmail.com.