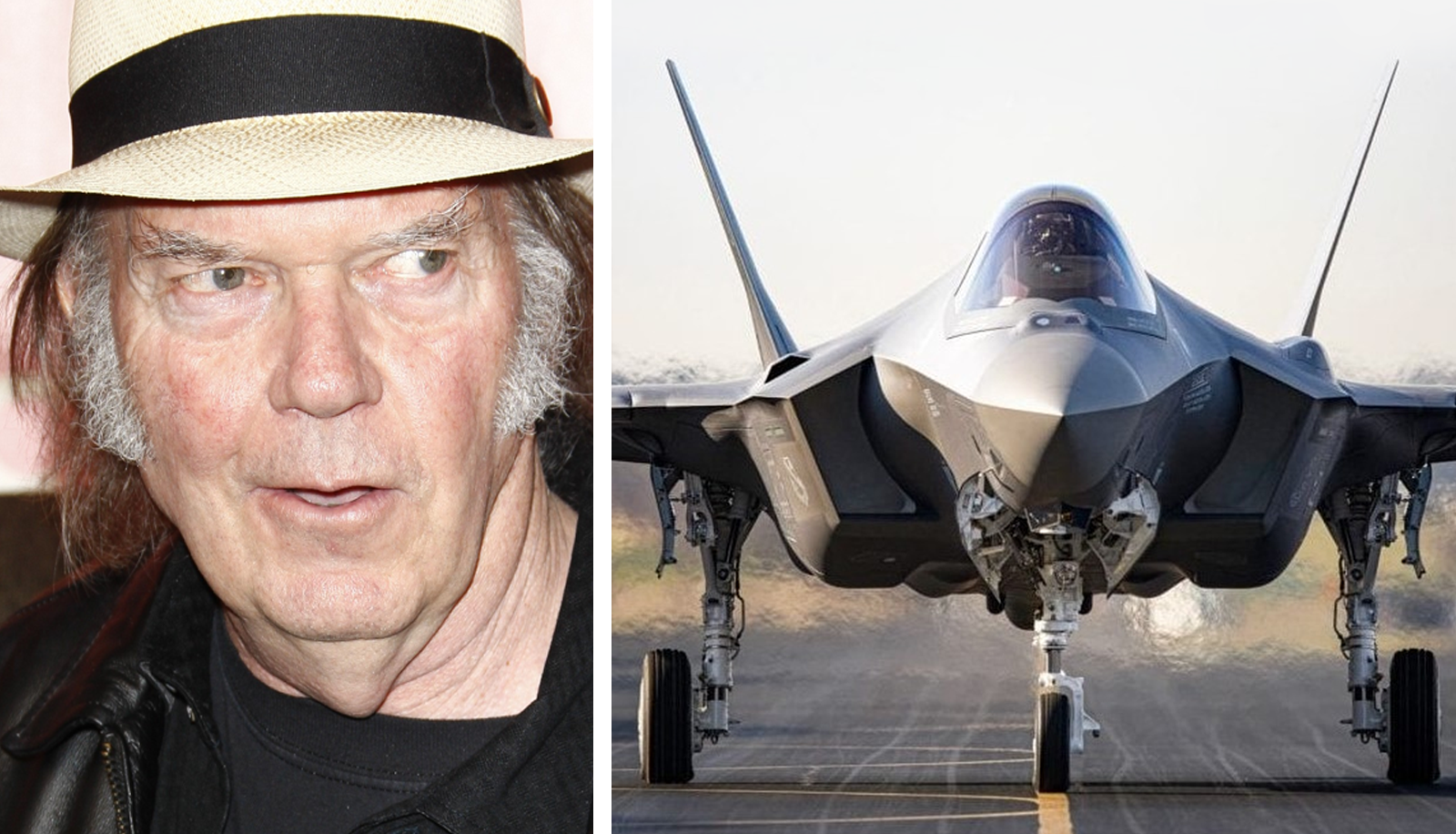 Above Photo: Phil Stafford via Shutterstock; US Air Force.

From rock stars to scholars, 100 public figures tell the Trudeau government to spend $77 billion some other way.

As wildfires blaze in Western Canada amidst record breaking heat waves, the Liberal government is planning to spend tens of billions of dollars on unnecessary, dangerous, climate destroying fighter jets.

The government is currently moving forward with the competition to procure 88 warplanes, which includes Lockheed Martin’s F-35 stealth fighter, Saab’s Gripen and Boeing’s Super Hornet. Despite previously promising to cancel the F-35 purchase, the Trudeau government is laying the ground to acquire the stealth fighter.

Officially the cost of buying the jets is about $19 billion. But, a report from the No New Fighter Jets coalition suggests the full life cycle cost of the planes will be closer to $77 billion. Those resources could be used to eliminate boil water advisories on reserves, build light rail lines across the country and construct thousands of units of social housing. Seventy-seven billion dollars could turbocharge a just transition away from fossil fuels and a just recovery from the pandemic.

Conversely, purchasing new jets will entrench fossil-fuel militarism. Fighter jets consume huge amounts of specialized fuel that emit significant greenhouse gases. Purchasing a large number of warplanes to use in coming decades is at odds with Canada’s commitment to rapidly decarbonize by 2050. With the country experiencing the highest temperatures in history, the time for climate action is now.

While exacerbating the climate crisis, fighter jets are not needed to protect our security. As a former deputy minister of national defence Charles Nixon noted, there are no credible threats requiring the acquisition of new “Gen-5” fighter jets. The expensive weapons are largely useless in responding to natural disasters, providing international humanitarian relief or in peacekeeping operations. Nor can they protect us from a pandemic or the climate and other ecological crises.

Rather, these offensive weapons are likely to generate distrust and division. Instead of resolving international conflicts through diplomacy, fighter jets are designed to destroy infrastructure and kill people. Canada’s current fleet of fighter jets has bombed Libya, Iraq, Serbia and Syria. Many innocent people were killed directly or as a result of the destruction of civilian infrastructure and those operations prolonged conflicts and/or contributed to refugee crises.

The procurement of cutting-edge fighter jets is designed to enhance the Royal Canadian Air Force’s ability to join U.S. and NATO operations. Spending $77 billion on warplanes only makes sense based on a vision of Canadian foreign policy that includes fighting in future U.S. and NATO wars.

Polls show the public is decidedly ambivalent about warplanes. An October 2020 Nanos poll revealed that bombing campaigns are an unpopular use of the military and supporting NATO and ally-led missions is a low priority. The majority of Canadians said that peacekeeping and disaster relief was a priority, not preparing for war.

Instead of purchasing 88 new fighter jets, let’s use these resources for health care, education, housing and clean water.

At a time of health, social and climate crises, the Canadian government must prioritize a just recovery, green infrastructure and invest in Indigenous communities.