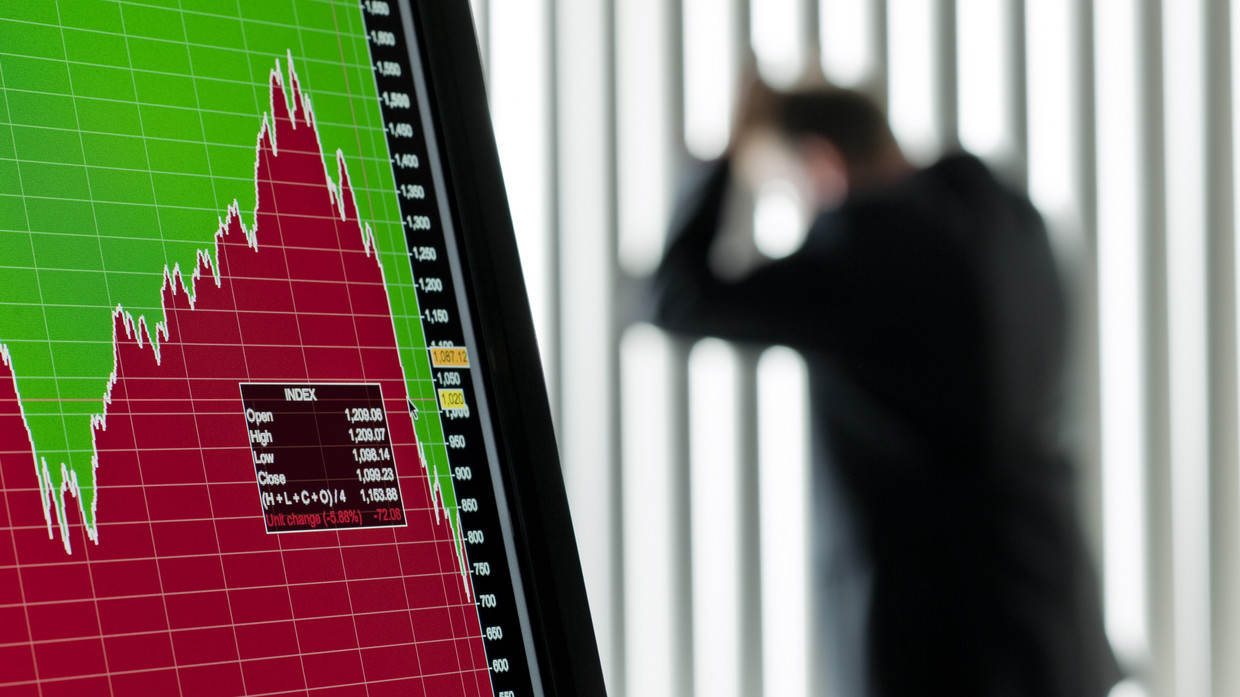 Capitalism May Not Survive The 2020 Global Crisis

The crisis will cut deeper and last longer than many predict.

The current global crisis triggered by Covid-19 is the third capitalist crash in this century. And governments’ incapacity to consider non-capitalist solutions threatens to keep deepening this crisis into capitalism’s worst.

The first was in early 2000. Because it was triggered by the absurdly high prices of dot-com stocks, it got named the “dotcom crisis.” In 2008, the trigger was widespread subprime mortgage default in the US and the crash was far more serious, one of the worst in capitalism’s history, second only to the crash of the 1930s. And now, in 2020, the trigger was a viral pandemic, and we have a far deeper crash than in 2008.

Because capitalism’s periodic downturns (crashes, recessions, depressions, crises, business cycles, busts, etc.) occur on average every four to seven years, attributing each one to its different trigger has the effect of distracting attention from the system’s inherent instability. It also distracts from other basic problems that global capitalism has never solved. Those have now exploded together, converging on this capitalist downturn to make it extreme.

Here are the five converging crises. Each country will exhibit its own mixture of some or all of them. The United States suffers them all, and this partly is why its economic crash and coronavirus pandemic are so extreme.

The second is inequality. As French economist Thomas Piketty and countless others have shown, capitalism worsens inequality of wealth and income continuously unless and until the mass of impoverished revolt or threaten to.

The third is racism. Many capitalist societies divide their people into portions kept relatively safe from capitalism’s recurring crashes and portions obliged to absorb them and their terrible consequences of poverty, unemployment, slum dwelling, poor education, inadequate medical care, and so on. It is simply too dangerous for capitalism’s reproduction over time to threaten its entire working class with random, periodic unemployment, poverty, etc. In the US, African-Americans have played the role of crisis shock-absorber throughout the nation’s history. In other countries, religious or ethnic minorities or immigrants play that role.

The fourth is instability, the periodic crashes that accelerate inequality and reinforce racism.

And the fifth is the viral pandemic. Private profit calculations lead private corporations almost everywhere to NOT produce and stockpile the means to contain viral pandemics. Because governments pander to the idea that private, profit-maximizing capitalists are paragons of “efficiency,” they mostly failed to compensate for the private capitalists’ failure. So the pandemic was inadequately prepared-for and inadequately contained. The more each government was committed to laissez-faire capitalism, the less it offset private capitalism’s lack of preparedness for dangerous viruses, and the worse is the coronavirus pandemic. The US and Brazil are today’s glaring examples.

What would have been logical response

The five converging crises persuade me that today’s global crisis will cut deeper and last longer than most are currently predicting.

The logical response to the 2020 crisis would have been to keep all workers employed doing all that was necessary to contain the pandemic. This means, for example, government rehiring those fired by private employers, massively training them to test entire populations, to take care of the sick, and to otherwise build what the society needs (infrastructure, education, housing, etc) under pandemic conditions of social distancing, masks, gloves, etc.

This is not the policy adopted in the US where, instead, massive unemployment of tens of millions was allowed. That quarter of the labor force has suffered massive economic losses, is now agonized over whether their former jobs will be available and under what wages and conditions. Massive unemployment invites every employer to recoup losses by cutting wages, benefits, job security, etc. That has already gotten well underway across the US. The suffering is greatest for the poorest, exacerbating already extreme inequality and aggravating racist tendencies to socially explosive levels.

In many countries mass poverty for a long time has undermined the health, diets, housing, education, and related conditions of huge populations. They consequently suffer more than the average from both viral pandemics and economic crashes. Even large emergency stimulus packages cannot offset or overcome historically accumulated social deficiencies and exclusions. It would take both much more money and a willingness to undertake major structural changes if today’s response to the crisis is to better protect societies from repeated crises in the future.

As happens in most capitalist societies, the bigger the enterprise, the greater its resources to cultivate political friends. The current crisis finds small and medium businesses more vulnerable and with fewer resources to enable survival than large corporations usually possess. That is why, despite the World Economic Forum’s and many governments’ statements on the importance of maintaining and supporting small and medium enterprises, and despite stimulus programs aimed at them, the systemically unequal competition between big business and other businesses will dominate the situation. Thus the bailouts and stimulus programs benefit larger corporations at the expense of medium and small businesses everywhere. Concentration and centralization of capital increase. Rising failures of small and medium business thus worsen unemployment and inequality. The various converging crises aggravate one another.

The major governmental weapon has been massive increases in monetary stimulus. This has utterly failed to revive economies in terms of employment and production. Instead it has fueled stock market/asset inflation that both worsens the already extreme inequality and also confronts mass suffering with rapid wealth accumulation of the already extremely wealthy. Almost no one believes in the long-term sustainability of this gross divergence between the stock market and the underlying economy.

The way ahead presents a stark social choice. Capitalism has shown itself poorly prepared for the pandemic’s arrival, poorly prepared to contain it, and clearly unable to prevent the massively destructive collision of business cycle downturn and viral pandemic. It is now proving poorly adapted to managing the global capitalist downturn. Too much of both the private and governmental responses to date have aimed at “returning to normal.” By that is meant roughly the conditions before February/March of 2020 when pandemic and capitalist crash arrived. Yet, there lies a huge mistake. That normal contained all the seeds and processes that then brought us to the present situation.

A different roadmap for the post-pandemic world has to face the need to NOT return to the pre-pandemic “normal.” Instead, major structural changes in national economies, world trade, and finance need to be decided and implemented. Chief among these is a much less unequal global distribution of wealth and income. Moreover, this must include changes in enterprise organization so that modern capitalism’s tendency to deepening inequalities of wealth and income is not allowed to resume its socially divisive functions. Likewise, there must be a much more coordinated global movement to achieve such changes. Otherwise national variants of the five converging crises in the US mentioned at the beginning of this essay will be our global future.

Too many governments that capitalists still control seem frozen in their incapacity to find non-capitalist solutions. They shy away from or cannot imagine policies that provide jobs and incomes and secure public health without prioritizing profits, without deferring to the existing ownership and operational structure of private enterprises. That incapacity threatens to keep deepening this crisis into capitalism’s worst. It also raises the basic question of this moment: can capitalism survive?

Richard D. Wolff, Professor of Economics Emeritus, University of Massachusetts, Amherst, and Visiting Professor in the Graduate Program in International Affairs of the New School University, NYC. Wolff’s weekly show, Economic Update, is syndicated on over 100 radio stations and goes to 55 million TV receivers via Free Speech TV and his two recent books with Democracy at Work are Understanding Marxism and Understanding Socialism both available at democracyatwork.info.