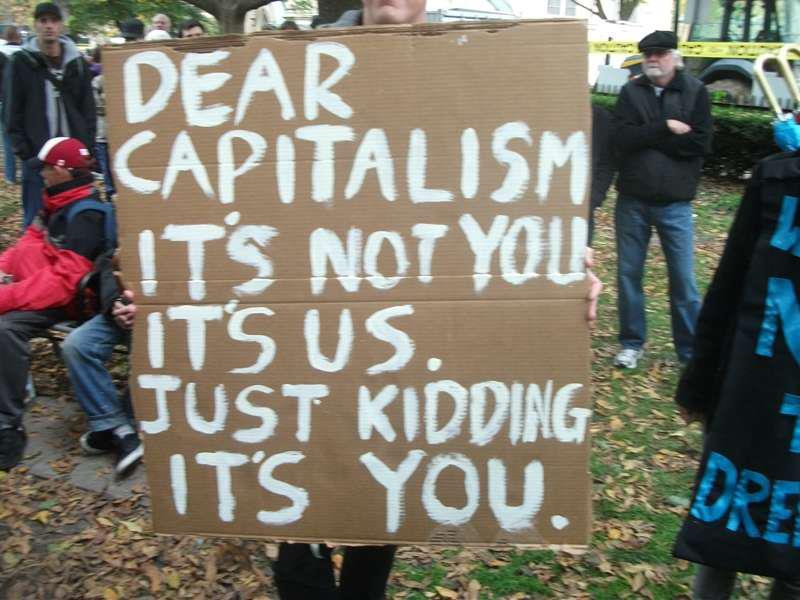 Thomas Piketty’s new book, “Capital in the Twenty-First Century,”described by one French newspaper as a “a political and theoretical bulldozer,” defies left and right orthodoxy by arguing that worsening inequality is an inevitable outcome of free market capitalism.

Piketty, a professor at the Paris School of Economics, does not stop there. He contends that capitalism’s inherent dynamic propels powerful forces that threaten democratic societies.

Capitalism, according to Piketty, confronts both modern and modernizing countries with a dilemma: entrepreneurs become increasingly dominant over those who own only their own labor. In Piketty’s view, while emerging economies can defeat this logic in the near term, in the long run, “when pay setters set their own pay, there’s no limit,” unless “confiscatory tax rates” are imposed.

Piketty’s book — published four months ago in France and due out in English this March — suggests that traditional liberal government policies on spending, taxation and regulation will fail to diminish inequality. Piketty has also delivered and posted a series of lectures in French and English outlining his argument.

Conservative readers will find that Piketty’s book disputes the view that the free market, liberated from the distorting effects of government intervention, “distributes,” as Milton Friedman famously put it, “the fruits of economic progress among all people. That’s the secret of the enormous improvements in the conditions of the working person over the past two centuries.”

Piketty proposes instead that the rise in inequality reflects markets working precisely as they should: “This has nothing to do with a market imperfection: the more perfect the capital market, the higher” the rate of return on capital is in comparison to the rate of growth of the economy. The higher this ratio is, the greater inequality is.

In a 20-page review for the June issue of the Journal of Economic Literature that has already caused a stir, Branko Milanovic, an economist in the World Bank’s research department, declared:

“I am hesitant to call Thomas Piketty’s new book Capital in the 21st Century one of the best books in economics written in the past several decades. Not that I do not believe it is, but I am careful because of the inflation of positive book reviews and because contemporaries are often poor judges of what may ultimately prove to be influential. With these two caveats, let me state that we are in the presence of one of the watershed books in economic thinking.”

There are a number of key arguments in Piketty’s book. One is that the six-decade period of growing equality in western nations – starting roughly with the onset of World War I and extending into the early 1970s – was unique and highly unlikely to be repeated. That period, Piketty suggests, represented an exception to the more deeply rooted pattern of growing inequality.

According to Piketty, those halcyon six decades were the result of two world wars and the Great Depression. The owners of capital – those at the top of the pyramid of wealth and income – absorbed a series of devastating blows. These included the loss of credibility and authority as markets crashed; physical destruction of capital throughout Europe in both World War I and World War II; the raising of tax rates, especially on high incomes, to finance the wars; high rates of inflation that eroded the assets of creditors; the nationalization of major industries in both England and France; and the appropriation of industries and property in post-colonial countries.

At the same time, the Great Depression produced the New Deal coalition in the United States, which empowered an insurgent labor movement. The postwar period saw huge gains in growth and productivity, the benefits of which were shared with workers who had strong backing from the trade union movement and from the dominant Democratic Party. Widespread support for liberal social and economic policy was so strong that even a Republican president who won easily twice, Dwight D. Eisenhower, recognized that an assault on the New Deal would be futile. In Eisenhower’s words, “Should any political party attempt to abolish Social Security, unemployment insurance, and eliminate labor laws and farm programs, you would not hear from that party again in our political history.”

The six decades between 1914 and 1973 stand out from the past and future, according to Piketty, because the rate of economic growth exceeded the after-tax rate of return on capital. Since then, the rate of growth of the economy has declined, while the return on capital is rising to its pre-World War I levels.

“If the rate of return on capital remains permanently above the rate of growth of the economy – this is Piketty’s key inequality relationship,” Milanovic writes in his review, it “generates a changing functional distribution of income in favor of capital and, if capital incomes are more concentrated than incomes from labor (a rather uncontroversial fact), personal income distribution will also get more unequal — which indeed is what we have witnessed in the past 30 years.”

Piketty has produced the chart at Figure 1 to illustrate his larger point.

The only way to halt this process, he argues, is to impose a global progressive tax on wealth – global in order to prevent (among other things) the transfer of assets to countries without such levies. A global tax, in this scheme, would restrict the concentration of wealth and limit the income flowing to capital.

Piketty would impose an annual graduated tax on stocks and bonds, property and other assets that are customarily not taxed until they are sold. He leaves open the rate and formula for distributing revenues.

The Piketty diagnosis helps explain the recent drop in the share of national income going to labor (see Figure 2) and a parallel increase in the share going to capital.

Piketty’s analysis also sheds light on the worldwide growth in the number of the unemployed. The International Labor Organization, an agency of the United Nations, reported recently that the number of unemployed grew by 5 million from 2012 to 2013, reaching nearly 202 million by the end of last year. It is projected to grow to 215 million by 2018.

Piketty’s wealth tax solution runs directly counter to the principles of contemporary American conservatives who advocate antithetical public policies: cutting top rates and eliminating the estate tax. It would also run counter to the interests of those countries that have purposefully legislated low tax rates in order to attract investment. The very infeasibility of establishing a global wealth tax serves to reinforce Piketty’s argument concerning the inevitability of increasing inequality.

Some liberals are none too happy with Piketty, either.

Dean Baker, one of the founders of the Center for Economic and Policy Research, wrote me in an email that he believes that Piketty “is far too pessimistic.” Baker contends that there are a host of far less ambitious actions that might help to ameliorate inequality:

“Is it really implausible that we would ever see any sort of tax on finance in the U.S., either the financial transactions tax that I would favor or the financial activities tax advocated by the I.M.F.?”

Baker also noted that “much of our capital is tied up in intellectual property” and that reform of patent laws could serve both to limit the value of drug and other patents and simultaneously lower consumer costs.

Lawrence Mishel, the president of the Economic Policy Institute, responded to my email asking for his take on Piketty:

“We’d take the perspective that this phenomenon is related to the suppression of wage growth so that policies which generate broad-based wage growth are an antidote. The political economy is such that the political power to enact those taxes also requires a mobilized citizenry and institutional power, such as a robust labor movement.”

Daron Acemoglu, a more centrist economist at MIT, praised Piketty’s careful acquisition of data, as well as his emphasis on the economic forces and political conflicts over distribution that shape inequality. In an email, Acemoglu went on to say:

“Part of his interpretation I do not share. Piketty argues that there is a natural tendency for high inequality in ‘capitalist’ economies (the term capitalist is not my favorite) and that certain unusual events (world wars, the Great Depression and policy responses thereto) temporarily reduced inequality. Then both earnings inequality and inequality between capital and labor have been reverting back to their ‘normal’ levels. I don’t think that the data allow us to reach this conclusion. All we see is this pattern of fall and rise, but so many other things are going on. It is consistent with what Piketty says, but it is also consistent with certain technological changes and discontinuities (or globalization) having created a surge in inequality which will then stabilize or even reverse in the next several decades. It is also consistent with the dynamics of political power changing and this being a major contributor to the rise in inequality in advanced economies. We may be seeing parts of several different trends underpinned by several different major shocks rather than the mean-reverting dynamics following the shocks that Piketty singles out.”

There is, however, significant liberal applause for Piketty.

Richard Freeman, an economist at Harvard who specializes in inequality, unions and employment patterns, wrote me by email:

“I am in 100 percent agreement with Piketty and would add that much of labor inequality comes because high earners got paid through stock options and capital ownership.”

Freeman and two colleagues, Joseph Blasi and Douglas Kruse, professors at the School of Labor and Management Relations at Rutgers, contend in their 2013 book, “The Citizen’s Share: Putting Ownership Back into Democracy,” that they have an alternative to a global wealth tax. They argue that:

“The way forward is to reform the structure of American business so that workers can supplement their wages with significant capital ownership stakes and meaningful capital income and profit shares.”

In other words, let’s turn everyone into a capitalist.

Piketty does not treat worker ownership as a solution, and he is generally dismissive of small-bore reforms, arguing that they will have only modest effects on economic growth worldwide, which he believes is very likely to be stuck at 1 to 1.5 percent through the rest of this century.

Piketty joins a number of scholars raising significant questions about how the global economic system will deal with such phenomena as robotics, the hollowing out of the job market,outsourcing and global competition.

His prognosis is extremely bleak. Without what he acknowledges is a politically unrealistic global wealth tax, he sees the United States and the developed world on a path toward a degree of inequality that will reach levels likely to cause severe social disruption.

Final judgment on Piketty’s work will come with time – a problem in and of itself, because if he is right, inequality will worsen, making it all the more difficult to take preemptive action.