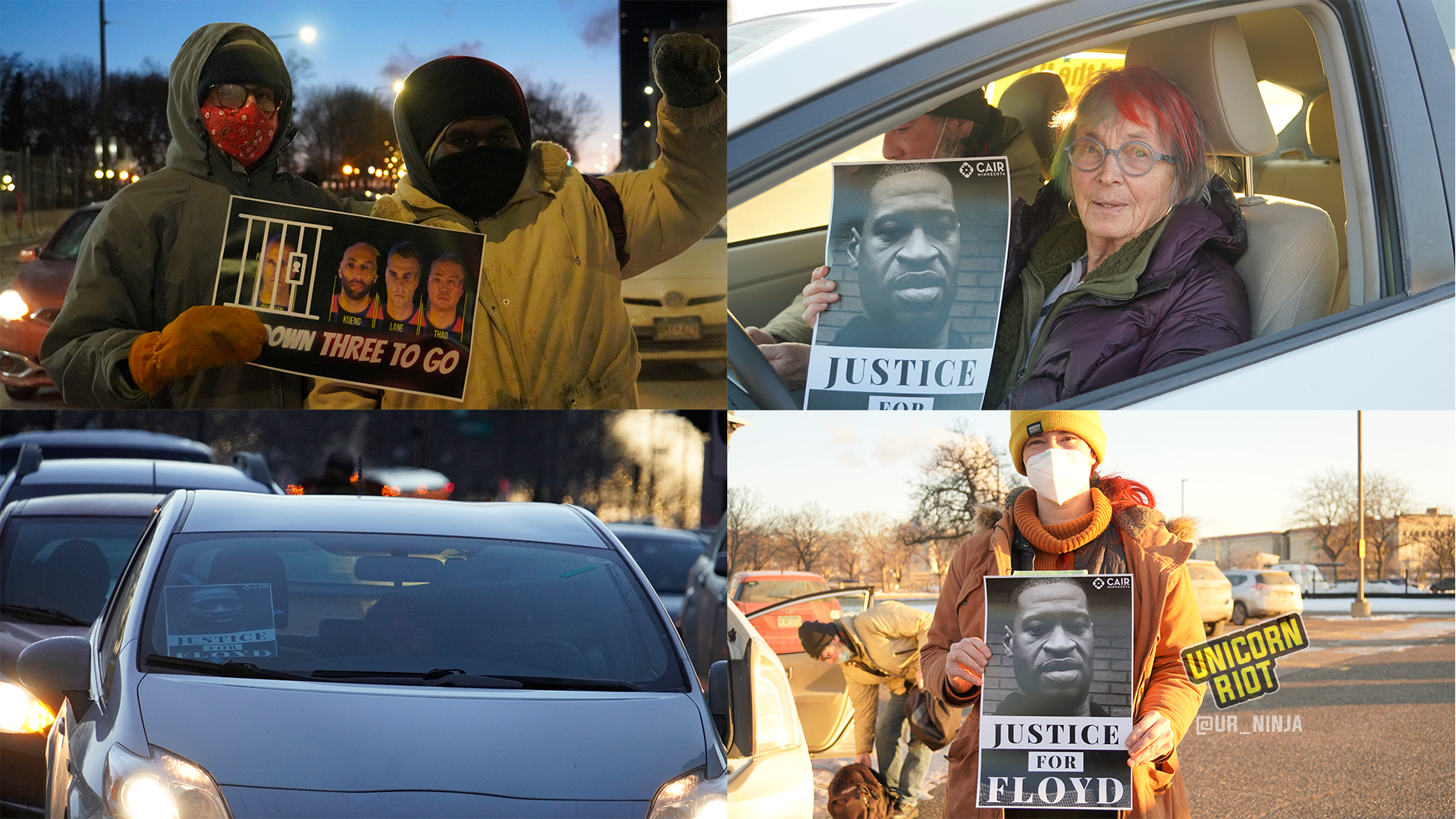 Braving sub-zero weather, organizers from Families Supporting Families, CAIR-MN (Council on American Islamic Relations), and Black Lives Matter MN made speeches before the group of activists proceeded from the old Sears parking lot to the federal courthouse building in St. Paul. Signs reading “They refused to see my humanity,” and “One down, three to go” were visible.

After the caravan arrived near the courthouse, the activists spoke once more and recounted George Floyd’s murder, mentioning how none of the three officers stood up to help him. Donny Williams, the grandfather of Brian Quiñones- Rosario, spoke on his grandson being killed by the police in 2019, and asked where are the sense of humanity was from the other three police officers’ who killed George Floyd.

“Were out here to change the culture of policing in the state of Minnesota, and hold the police and our state accountable.”

The organizers spoke of a proposed state law that seeks to make anyone convicted of a crime at a protest ineligible for student loans and many other forms of state financial aid.

“A person convicted of a criminal offense related to the person’s illegal conduct at a protest, demonstration, rally, civil unrest, or march is ineligible for any type of state loan, grant, or assistance, including but not limited to college student loans and grants, rent and mortgage assistance, supplemental nutrition assistance, unemployment benefits and other employment assistance, Minnesota supplemental aid programs, business grants, medical assistance, general assistance, and energy assistance.”

U.S. District Judge Paul Magnuson presides over the federal case that’s being heard at the Warren G. Burger Federal Building on Robert St. in downtown St. Paul. Journalists and media organizations are being restricted to just four media members and a sketch artist during the trial along with a small number of family members on all sides involved. Extra security has closed several main streets during the trial.

Flyers being distributed by St. Paul Police prior to trial pic.twitter.com/g7Hw5W2kRv

Jury selection, different in federal courts than state courts, took only a day. 18 jurors were selected (12 will rule, 6 alternates).