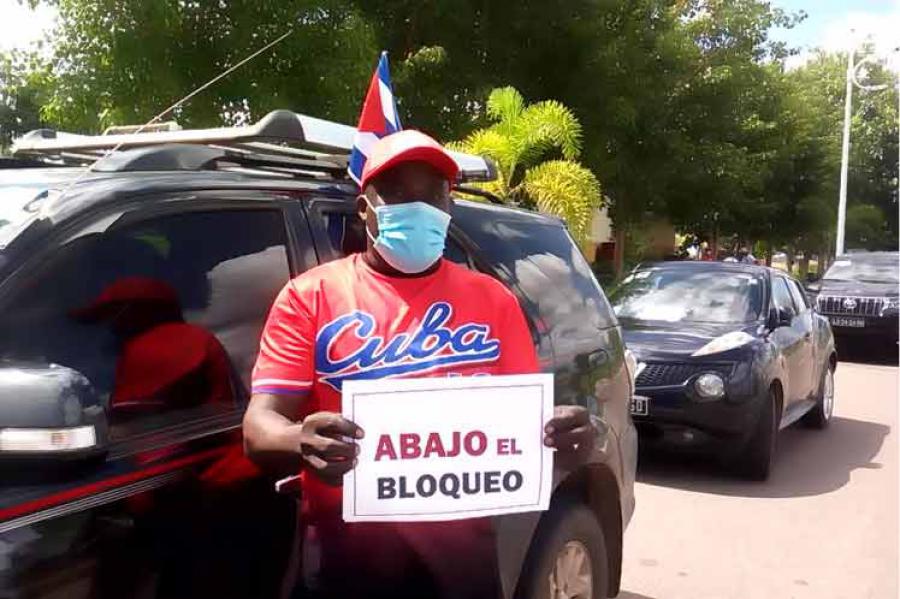 Caravans Show That The World Stands With Cuba

Above Photo: Miami caravan against the blockade.

The world is living in uncertain times. The Western powers, led by the United States, insist on escalating tensions in Eastern Europe over an regional conflict that should have nothing to do with them. Unbridled hatred is spreading through social networks as never before, towards Russia, Russians, and anyone who is not on Washington’s side in defending its “world order”.

The White House and its allies announced a battalion of sanctions against Moscow for the war in Ukraine and deployed thousands of NATO troops across the region, threatening to bring the planet to the brink of a nuclear catastrophe. Their obedient media echo the messages of violence, exaggerate the successes of Ukrainian troops, paint Russian leader Vladimir Putin as the Hitler of the 21st century and this morning Biden from Poland called for regime change in Russia.

Cuba understands what is happening on the international political map like few other countries do. Washington’s attempts to suffocate the Russian economy at any cost, even if it means that the people of that Eurasian country suffer the consequences, is an old story for this Caribbean island.

For over 60 years, Cuba has endured an economic and financial blockade aimed basically at plunging the country and its people into misery. It has not succeeded. However, we face the daily consequences of this invisible siege every time we try to buy food, medicine, or access public transportation.

Successive White House administrations have forced us to live under that reality because of our willingness to defend a political and social system different from the one imposed by Western hegemony. Cuba suffers like no one else from the same stance the U.S. is adopting towards Russia and President Joe Biden’s aggression against Moscow in his self-proclaimed role of global scourge-in-chief.

However, in such uncertain days and amid all that hatred, there is hope for noble and just causes. Cuba is not alone. While Biden insists on isolating the island from the world, from that very country, and other cities around the world, hundreds of people took to the streets today in rejection of the hostilities, the blockade, and the hatred against my country. We know that the people of the US are not our enemies nor do they support the blockade.

From Mexico, the activist and coordinator of the Bridges of Love project, Carlos Lazo, reiterated the importance of unity among all those who would love to end Washington’s unilateral siege that harms the Cuban people.

Solidarity movements continue to unite their voices to demand that Biden to allow the resumption of remittances to the island, put an end to the obstacles in the process of family reunification, and lift travel restrictions to the largest island in the Antilles.

“Miami was again filled with love and flags for the Cuban family. During the long lines of cars, bicycles, and motorcycles through the streets, we made a call of No more blockade of Cuba through the most important neighborhoods of our community,” Lazo tweeted.

It is time for the U.S. to stop believing it has the power to decide what is right and what is wrong; to stop choosing sides in conflicts that are not its concern, and to stop aligning public opinion with its narrow interests. The world is waking  up to the reality that Washington is not the center of the universe.