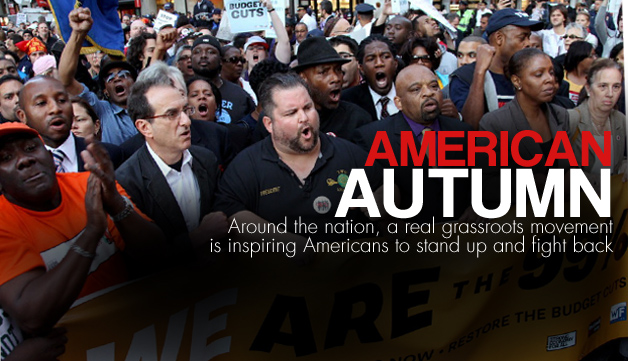 Celebration Of 4th Anniversary Of Occupy, A Free Movie

After a successful commercial run of the movie and a decent run on iTunes, I’ve decided to release the movie for free streaming and/or download here.

Since today is the 4th anniversary of birth of Occupy Wall Street, perhaps you can take a moment to share the link to the free download proudly on facebook and twitter and rightfully claim bragging rights as one who plunked down the much needed seed money to make this movie happen.

Trainor also announced that his weekly 30-minute TV show – Acronym TV – is set to begin a 3rd season one week from today, September 24th. We’ll be covering it on Popular Resistance.

The first feature length documentary on the Occupy movement with a theatrical release is also a critically acclaimed work (reviews below).

It is available on iTunes – but you can stream it for free right here or download it for free by going to this vimeo file & clicking the download button right below the media player.

You can also leave a donation to support this work here.

American Autumn had it’s world premiere on June 26, 2012 at the Indie Screen Cinema and Bar in Williamsburg Brooklyn and enjoyed a commercial run at The Quad Cinema in NYC (September 28 – October 4, 2012).

(American Autumn) is calm and smart, offsetting its stridency with discussion, music, even humor, while issuing a call to arms.-The New York Times

American Autumn impresses most where many docs disappoint, expanding its scope without short-changing the wider subjects it covers.​​-Variety

This is not amateur hour. This is a movie as well made as any Hollywood blockbuster.-MichaelMoore.com

… this necessary and informative documentary looks at the faces behind the Occupy Wall Street movement… it is an effective, and heartfelt, clarion call.-New York Daily News

“Dennis Trainor, Jr, is no outsider, but a gonzo journalist at these events.”-FireDogLake.com

The first feature length documentary on the Occupy movement with a theatrical release is also a critically acclaimed work.

In this gripping first-hand account of the Occupy Wall Street movement, filmmaker and former high school teacher Dennis Trainor Jr. takes an inside look at how a New York-based protest against corporate greed and economic inequality in the autumn of 2011 sparked a full-scale street revolution that continues to send shock waves through the American political system.
Trainor weaves commentary from organizers, activists, and leading progressive thinkers with riveting street-level dispatches from New York’s Zuccotti Park, Washington DC, and beyond. The result is a passionate and clear-eyed look at a movement founded on the core belief that the American political and economic system should “place human need above corporate greed” and do something about growing inequality.