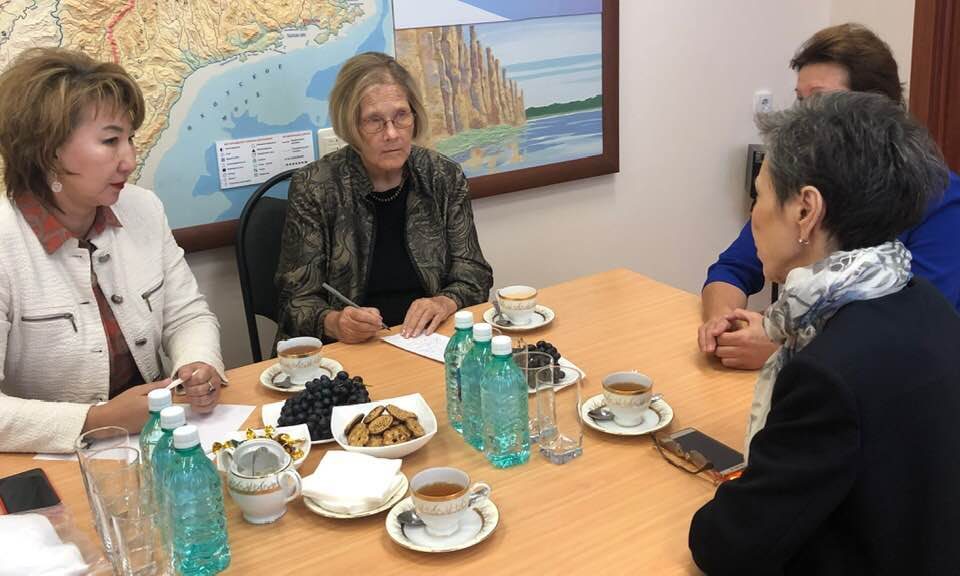 Challenging Times For Citizen To Citizen Diplomacy In Russia

Whenever you go to one of the countries the U.S. considers its “enemy,” you can be sure to get a lot of flak.  This year I have been to Iran, Cuba, Nicaragua, and Russia, four of the many countries upon which the U.S. has put strong sanctions for a variety of reasons, most of which have to do with the countries refusing to allow the U.S. to dictate political, economic and security issues. (For the record, I was in North Korea in 2015; I haven’t been to Venezuela yet, but intend to go soon.)

Many, especially family, have asked, “why do you go to these countries,” including the FBI officials who met me and CODEPINK: Women for Peace co-founder Medea Benjamin at Dulles Airport upon our return from Iran in February 2019.

The two young FBI officers asked if I knew there were U.S. sanctions on Iran for support for terrorist groups.  I responded “Yes, I know there are sanctions, but do you think other countries should put sanctions on a country for the invasion and occupation of other countries, the deaths of hundreds of thousands (including Americans), for the destruction of irreplaceable cultural heritage and billions in dollars of homes, schools, hospitals, roads, etc., and for withdrawing from nuclear agreements?   The FBI agents frowned and answered, “That’s not our concern.”

Currently I’m in Russia, another one of America’s “enemies” for this decade which is under U.S. sanctions from the Obama administration and more from the Trump administration.  After twenty years of friendly relations after the cold war ended with the break-up of the Soviet Union and with the U.S. attempting to remake Russia into a U.S. model with privatization of the massive Soviet industrial base which created the rich and powerful oligarch class in Russia (same as in the U.S.) and flooding Russia with western businesses, Russia has become an enemy once more by its annexation of Crimea, its military cooperation with the Assad government in the brutal war against terrorist groups in Syria and for massive civilian casualties (for which there is no excuse whether it be Russian, Syrian or U.S. actions) and its interference in the 2016 U.S. elections, of which I have doubt about one part of the allegations-the hacking of Democratic National Committee emails- but have no reason to doubt that social media influence took place.

Of course, in the U.S. we are seldom reminded that the annexation of Crimea occurred due to the fear of ethnic Russians in Crimea of the Ukrainian nationalists who were given a green light for violence in U.S. orchestrated neo-Nazi overthrow of the elected President of Ukraine and the Russian government’s need to protect its Black Sea access military facilities that have been located in Crimea for over 100 years.

We are not reminded that Russia has had a long-standing military agreement with the government of Syria for the protection of its two military bases in Syria, the only Russian military bases outside of Russia that provide naval access to the Mediterranean.  We are seldom reminded of the over 800 military bases the U.S. has outside our country many of which encircle Russia.

We are also seldom reminded the stated goal of the U.S. government in Syria is “regime change” and that the conditions in Syria that caused the Russian military to assist the Assad government came from the U.S. war on Iraq that created the conditions for ISIS to violently erupt in both Iraq and Syria.

I do not condone interference in U.S. elections, but it is not surprising that other countries may attempt to influence U.S. elections to reciprocate what the U.S. has done to many countries including in Russia in 1991 with the very public U.S. support of Yeltsin.  Russia certainly is not the only country that may have attempted to influence U.S. elections.  Israel is the country that has the most public influence on U.S. Presidential and Congressional elections through lobbying efforts of its main organization in the U.S., the American Israeli Public Affairs Council (AIPAC).

With all of this as background, I am in Russia with a group of 44 U.S. citizens and one Irish under the auspices of the 40-year old organization, the  Center for Citizens Initiatives (CCI).  CCI, under the leadership of organization founder Sharon Tennison, has been bringing groups of Americans to Russia and arranging for Russians to visit the U.S. for over 40 years in citizen-to-citizen diplomacy initiatives.  Both groups learn about our respective countries with the goal of somehow convincing our politicians and government leaders that military and economic confrontation, while profitable for the economic elites, is disastrous for humanity in general and it needs to stop.

After Russians were guests of Americans in the 1990s and were invited to various civic events during their stays in the U.S., CCI groups assisted in forming in Russia civic groups such as Rotarians and at the request of the Soviet government in the 1980s, brought the first Alcoholics Anonymous specialists to Russia.

The CCI delegations typically begin in Moscow with dialogue with political, economic and security experts, followed by trips to other parts of Russia and ending with a wrap-up in St. Petersburg.

This year the four days in Moscow in early September unfolded with speakers on the international and domestic political, security and economic environments in Russia today.  I had been on a CCI delegation three years in 2016 so I was interested in the changes since then. This year we dialogued with a couple of analysts we met three years ago and as well as new observers of the Russian scene.  Most were fine with our filming their presentations which are available now on Facebook and which later will be available in professional format at www.cssif.org.  Other presenters asked that we not film and that their comments be non-attributable.

While in Moscow, we spoke with:

— Vladimir Kozin, strategic and nuclear analyst, author of  numerous books on the international security and arms control and the U.S. Missile Defense system;

We also had the opportunity to speak to many young Muscovites from a variety of professions through a young friend whose English-speaking friends wanted to interact with our group, as well as conversations with random people on the street, many of whom spoke English.

The quick take-aways from our discussions are: 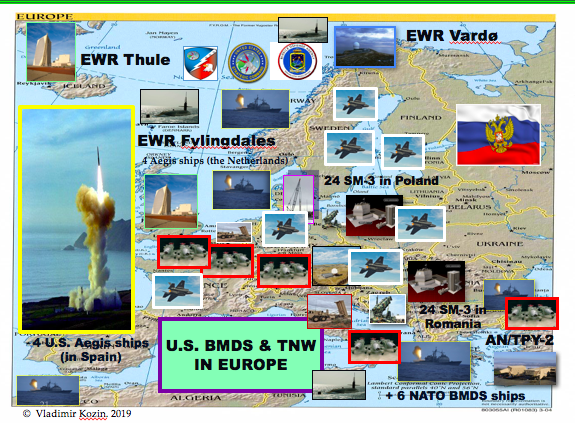 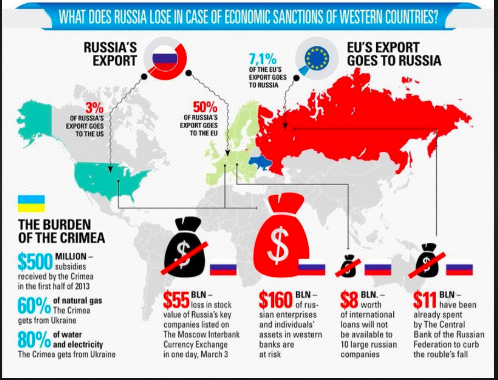 –Sanctions from the annexation of Crimea are having both positive and negative effects in Russia.  New industries to provide for previously imported goods no longer available are making Russia more food independent, but loans for expansion of small and middle size businesses are difficult due to the lack of international investment.  Analysts reminded us that the U.S./European Union rationale for sanctions, the annexation of Crimea, was through a referendum by the citizens of Crimea after the U.S. sponsored neo-Nazi coup of the government of Ukraine.

–The Russian economy has slowed from the rapid growth of the past decade.  To stimulate the economy, the Russian government has a new five-year National Projects plan that will put $400 Billion or 23% of the GDP into the economy through big infrastructure projects.  The Putin administration is staking its hopes for economic growth on these projects to forestall social unrest due to stagnate wages, lowering of social benefits and other potentially disruptive issues that could affect the political environment.  The recent demonstrations in Moscow concerning elections do not worry the government as they consider the politically active groups not much of a threat, but dissatisfaction with social benefits that could spread to the apolitical majority of the country does concern them.

With politicians and government officials making these very dangerous times for the citizens of the U.S., Russia and the world, our citizen to citizen diplomacy is very important to carry back to our communities and to our elected leaders, the hopes and dreams of fellow citizens of our world, no matter where they live, that they want to live in peace with opportunities for their children, instead of death and destruction for “democratic, capitalistic ideological” purposes, which was a continuing theme from Russian analysts.

Ann Wright was 29 years in the U.S. Army/Army Reserves and retired as a Colonel. She was also a U.S. diplomat and served in U.S. Embassies in Nicaragua, Grenada, Somalia Sierra Leone, Kyrgyzstan, Micronesia, Afghanistan, and Mongolia. In March 2003, she resigned from the U.S. government in opposition to the U.S. war on Iraq. She has been on Gaza flotillas to challenge the illegal Israeli blockade of Gaza and has travelled to Afghanistan, Pakistan and Yemen to talk with families whose family members have been killed by US assassin drones. She was in North Korea as a delegate on the 2015 Women Cross the. She has been on speaking tours in Japan in defense of the Japanese constitution’s anti-war Article 9. She has spoken in Cuba, in Okinawa and Jeju Island, South Korea on the issues of foreign military bases. She has been in Cuba, Nicaragua, El Salvador and Chile on U.S. militarism in Latin America and its role in refugee migration in Central America to the U.S.